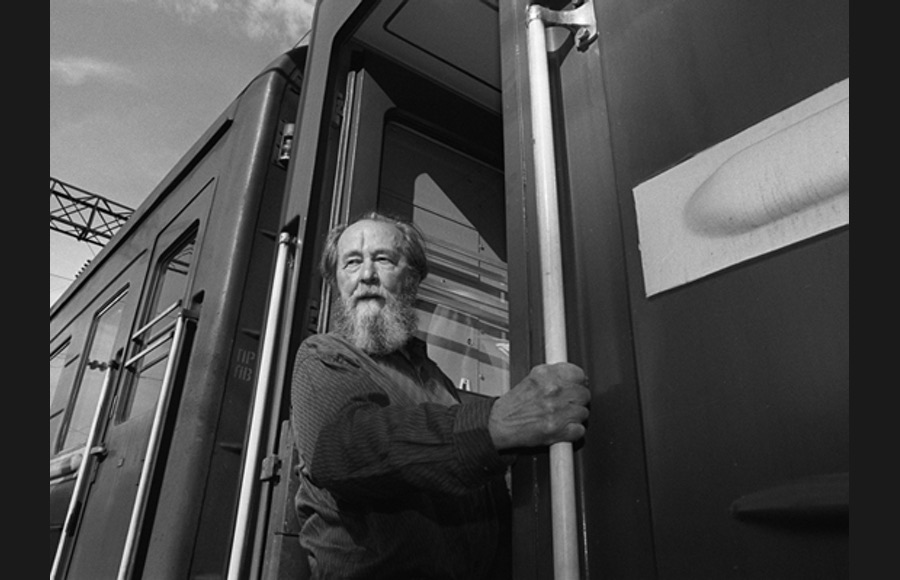 Alexander Solzhenitsyn wrote a short essay in February, 1974, titled “Live Not By Lies.” That same day, secret police broke into his apartment, and the next day he was exiled. I thought I’d sit down and re-write it as it might fit America today instead of the Soviet Union in the mid-20th century. What I discovered was disturbing: Most of it needed no rewriting. The whole Western world today sits under a tyranny of lies. If our situation is less dire than Solzhenitsyn’s 50 or more years ago, it’s at least heading in the same fatal direction.

Let’s remind ourselves of the situation here in America. A whole political party is pushing the same socialism that’s destroyed freedoms across half the globe. It’s not just that party, though, but an entire “progressive” establishment. And it’s doing it on the basis of lies.

They say they can provide free health care and free college to all. That’s a lie.

They say sexual freedoms are better and more important than religious freedom. That’s a lie.

They dehumanize us all, saying we’re no different from any other life; we’re all born out of the slime, and the animals and the rivers and the trees are worth as much dignity as a human. That’s a lie.

They say that the “peace” of a disarmed people is better than freedom. That’s a lie.

They say the mobs in Portland and Seattle are “mostly peaceful protesters.” That’s a lie.

They say we’re better off without police. That’s a lie.

They say the answer to racism is to shame every white person. That’s a lie.

They say God is not real, and even if He is, He doesn’t mind what we do, since “thou shalt not judge.” That’s the lie at the root of all the lies.

How Shall We Resist? A Lesson from a Soviet Dissident

These are some of the lies soaking us, drenching the atmosphere like Noah’s rainfall, with as deadly effect. And how shall we escape being drowned?

Alexander Solzhenitsyn asked a question like that, and his answers was, “Live Not By Lies.”

Here I rewrite portions of that essay to bring it forward to 21st century America. The italicized portions are direct quotes from the original, the rest is my feeble attempt to imitate the great dissident writer’s style while bringing the facts up to date.

Live Not By Lies, for 21st Century America

Here we sit in our conservative spaces on the internet; there we sit in our living rooms watching church on the screen. Everywhere the question ricochets around the walls of our conservative self-enclosures: What kind of tricks are they playing on us? Propping up mob violence. Fanning up internal division. It will be we who will have to defend ourselves, and is there any way out? How long until they put sane people in asylums?

Things have almost reached rock bottom. A universal spiritual death has already touched us all, and physical death will soon flare up and consume us both and our children — but as before, we still smile in a cowardly way and mumble with our tongues tied. But what can we do to stop it? Haven’t we the strength?

We have been so hopelessly dehumanized that for the sake of maintaining a false peace, insecure comfort, and our proud conceit that we can control every outcome, we are willing to abandon all our principles, our souls, and all the efforts of our predecessors and all opportunities for our descendants — but just don’t disturb our fragile existence. We lack staunchness, pride and enthusiasm. Thus we fear a virus, we fear criticism, we fear being labeled; we take refuge in the crevices. And we fear acts of civil courage.

[Is it not striking, how much of Solzhenitsyn’s language while under Soviet rule can be applied to us here today?]

We fear to lag behind the herd and to take a step alone, and suddenly find ourselves being pushed aside, fired from our jobs or losing our businesses as “haters.”

We have been indoctrinated in our schools and our universities, and in just the same way was fostered the idea to live comfortably, and all will be well for the rest of our lives. You can’t escape your environment and social conditions. … We can’t do anything about it.

But we can — everything. But we lie to ourselves for assurance. And it is not they who are to blame for everything — it is we ourselves, only we. One can object: … Gags have been stuffed into our mouths; they own all the media. Nobody wants to listen to us and nobody asks us. How can we force them to listen? It is impossible to change their minds.

It would be natural to vote them out of office, but it is not the office-holders as much as the influencers elsewhere, and the lies they tell, that are responsible for the mind of the nation.

And now Solzhenitsyn’s next dozen or so paragraphs fit our day so closely I could just copy and paste them here. There’s a limit to how much one can do that, though, so I urge you to read what he wrote, beginning with “Now that the axes have done their work,” and continuing through, “It’s dangerous. But let us refuse to say that which we do not think.”

And then Solzhenitsyn calls on each one of us to make a choice:

Whether consciously, to remain a servant of falsehood — of course, it is not out of inclination, but to feed one’s family, that one raises his children in the spirit of lies — or to shrug off the lies and become an honest man worthy of respect both by one’s children and contemporaries.

But there are no loopholes for anybody who wants to be honest. On any given day any one of us will be confronted with at least one of the above-mentioned choices. … Either truth or falsehood: Toward spiritual independence or toward spiritual servitude.

And he who is not sufficiently courageous even to defend his soul — don’t let him be proud of his “progressive” views, don’t let him boast that he is an academician or a people’s artist, a merited figure, or a general — let him say to himself: I am in the herd, and a coward. It’s all the same to me as long as I’m fed and warm.

With thanks to Dr. Michael Egnor at EvolutionNews.com, who pointed me toward Solzhenitsyn’s essay. I recommend you read Egnor’s response to it as well.