Solo: A Star Wars Story has deeper themes that make it worth a second look. We learn how Han becomes a hero — with a little help from rivals turned friends. 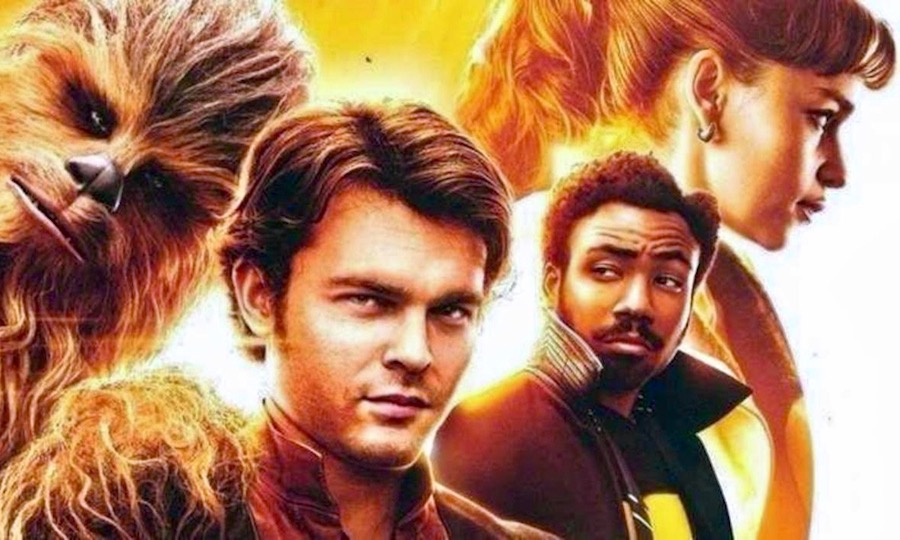 The oft-quoted phrase, “no man is an island” is indicative of the human need for communication, companionship and community. Few would expect such themes to play out when it comes to Han Solo. He’s best known as the galaxy’s loveable rogue/smuggler/pirate/pilot.

Yet the tension between being known and alone is present in the new Star Wars film, Solo. It was released 41 years to the day of the original Star Wars premiere on May 25, 1977.

Never Tell Me the Odds

A street orphan in his late teens on Corellia, Han only cares about the next financial score and his romantic interest Qu’ira (a convincing Emilia Clarke). Held by a local thief who utilizes orphans for nefarious gain, the two dream of freedom and flying.

An escape attempt gone wrong leads Solo to enlist in the Imperial Navy as a pilot. He hopes to return and rescue his young love. From there, the wise words of a future Jedi Master echo across the story: “This is not going to go the way you think.” At least, not the way Han thought.

Blackmail-gone-sideways turns a potential foursome into a crew of five. It gives us the first encounter between Han and Chewbacca, paying homage to a past explored previously in books and comics.

It may be painful for some viewers to see a beloved character shackled. Nevertheless, this introduction leads to some humorous moments and the beginnings of a loyal friendship.

I’ve Got A Bad Feeling About This

The western/heist motif shines through a train robbery and pivots the story towards the seedy underworld of Star Wars. Criminal empires clash over hyperfuel, the commodity that makes hyperspace travel possible.

A reunion with Qui’ra leads them to encounter a young Lando (pitch-perfect Donald Glover) and his Millennium Falcon. We also meet the greatest droid addition to Star Wars since BB-8, the Falcon’s co-pilot L3 (Pheobe-Walter Bridge). It all leads to a smuggler’s run that made Solo the legend we know and love. The escapade reinforces his “shoot first” mentality and plants seeds that fuel Han’s future.

‘Solo’ highlights the tension between “good guy” and “scoundrel” at the core of the title character. These tensions exist within every person.

Behind the schemes of their enemies lies a shadowy power player. It makes for a jaw-dropping reveal in the film’s third act. For fans, the character’s reappearance validates a decade’s worth of animated Star Wars storytelling via The Clone Wars and Rebels TV shows.

By forging a character through tragedy and betrayal, Solo takes a page from recent Star Wars films. Yet it also manages nods to “the pile of old books” no longer considered official Star Wars canon. Amusingly it continues Easter egg crossovers with Indiana Jones, a trend that started with Raiders of the Lost Ark.

Box office reception to Solo has been mixed at best, with press around the film obsessing over why. Perhaps it was marketing, timing or most likely fans’ pushback to Star Wars: The Last Jedi. Fans are mistaken to dismiss this film because they may not have liked the last one, as director Ron Howard has implored online.

I’m proud of #SoloAStarWarsStory and the cast & crew worked hard to give fans a fun new addition. As a director I feel badly when people who I believe (& exit polls show) will very likely enjoy a movie… don’t see it on a big screen w/great sound. https://t.co/KADHwqU8so

A Film That’s Got It Where It Counts

Despite its intergalactic milieu, Solo is a powerfully human story of love, loss and origins. It’s about a young man finding purpose, place and community amidst a turbulent galaxy of grey.

Solo highlights the tension between “good guy” and “scoundrel” at the core of the title character. Such tension won’t ultimately be settled for decades, over multiple movies. Han one day comes to trust in the “hokey religions and ancient weapons” he derides. It points to a larger message always present in Star Wars. Society and our own nature mean it’s more difficult to do good than evil.

This film gives us hints of how the rogue Han Solo will eventually walk that harder path in community. He will find family in a former slave, a farm boy turned Jedi and a Princess turned General. Indeed, Solo adds new fun and interest in pulling out the classic Star Wars trilogy again.

Believers who hold to Christian faith are used to looking past Eastern mysticism present in this fictional universe. In our world, the tensions Han Solo faces exist within every person. Our choices lead us to life’s deepest question: is there “an all-powerful force that controls my destiny”?

Hopefully, we can answer as Solo eventually does: “It’s true — all of it.”

Releasing today on home media, Solo: A Star Wars Story is rated PG-13 for sequences of sci-fi action/violence and some profane language. Explore The Stream’s complete films coverage, and sign up to receive top stories every week.

‘Ant-Man and the Wasp’ Uncovers Wisdom in the Wilderness