Socialism is Theft — Why Are Candidates Espousing It? 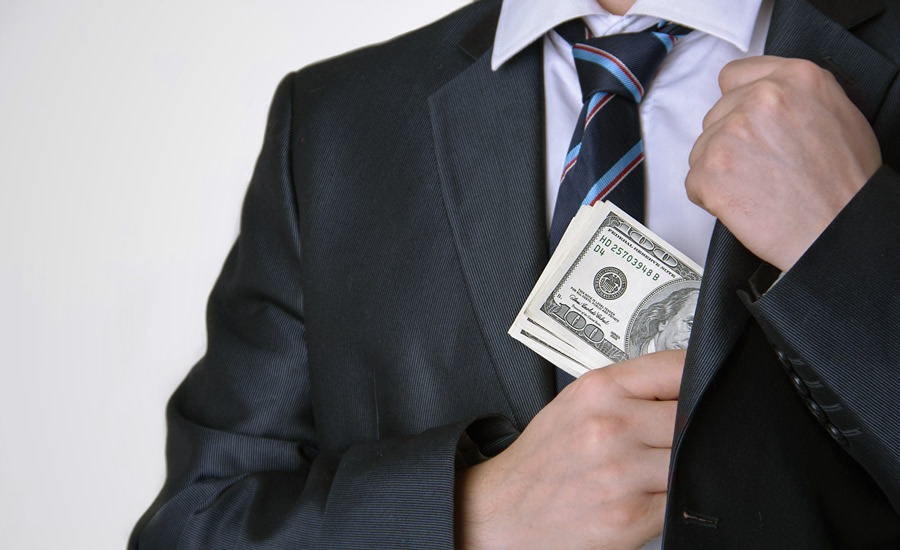 I recently preached a sermon on the subject of stealing in our church’s series on the Ten Commandments. And one of the points I made is that socialism is a form of theft.

I mentioned the slogan going around during the 1960s — “property is theft.”

Socialism is a form of governmental theft. The government has no money of its own. It simply forcibly takes from Citizen A and gives to Citizen B. But, of course, the one who benefits the most from this socialistic scheme is Citizen C, the government bureaucrat who administers the welfare state.

Some of the wealthiest counties in the entire nation are the bedroom communities in the greater Washington, D.C., area — where government workers live, who administer all the many wealth transfer programs for our country.

To paraphrase George Bernard Shaw: if you rob Peter to pay Paul, you can always count on Paul’s vote.

The Robbery of Government ‘Charity’

The Bible teaches us to help the needy. That is all voluntary. That is the church’s job. When the government gets involved in the “charity business,” it is not only wasteful, it undermines the family, human dignity, and self-reliance.

It’s one thing to have a safety net for those who may fall through the cracks. It’s another thing to grow the size of the federal government and our national debt more and more with never-ending spending until one day, the whole thing explodes.

Meanwhile, we have leading Democrat presidential candidates who want to add more and more to our federal government spending. According to a Fox News poll, Elizabeth Warren is up to 20 percent as of August 16, and Bernie Sanders up to 10 percent. That represents a lot of Americans apparently buying into a socialist-type message.

Senator Warren may chafe at one using the term “socialist” to describe her policies. But big government is big government by any other name. To paraphrase Thomas Jefferson: Big government, small liberty.

One of Elizabeth Warren’s big promises is to forgive student loans. It’s tragic that so many young people have become so loaded with college debt. But these student loans are freely assumed debts. Why should everyone else be forced to pay for them?

What’s ironic about it is that many of these costly degrees really don’t confer much value in terms of gainful employment.

It reminds me of the joke about two women who hadn’t seen each other in a while and had an encounter at the supermarket. One woman asked the other about her three children. One son had become a poet and had just received his master’s degree in literature. The daughter just graduated from college with a degree in modern art. But the third son? She sheepishly shared, “Well, you know Freddy. Freddy is still Freddy. He wouldn’t go to college — he became a plumber instead. By the way, if it weren’t for him, we’d all be starving.”

The Gateway to Communism

Virginia Prodan, an international human rights attorney, grew up under Communist Romania. She strives to warn Americans to never go down the socialist path. She came to the U.S. during the Reagan years, essentially as a political refugee. She wrote a book about her miraculous escape from an assassination attempt in her book, Saving My Assassin. I have interviewed her on the radio a few times.

She told me, “Socialism is the government starting to lie to you about free things, and you believe them … then the government establishes socialism. It gains power and transforms into a communist [state].”

If you disagree with the government under such a scheme, she notes, they will “kill you and take your property.” In other words, socialism is the gateway to communism.

How many times must humanity, including parts of America, go down the socialist path before we realize the emperor has no clothes? The government has no money trees.

When I asked her about why socialism was so popular today among young people in America, she responded, “They have been deceived by the same lies my parents and relatives had been deceived by, so many years ago — lies that led Romania to be transformed from a free country to a repressive, socialist government.”

Prodan notes that, “Few Americans know, even those who are dream about socialism, that the socialist leader, Vladimir Lenin, declared that ‘Liberty is so precious that it must be carefully rationed to ordinary people.’ Ordinary people are you and me.”

How many times must humanity, including parts of America, go down the socialist path before we realize the emperor has no clothes? The government has no money trees. We should listen to survivors of socialism and communism, like Virginia Prodan, rather than politicians who are essentially trying to buy votes with taxpayers’ money.