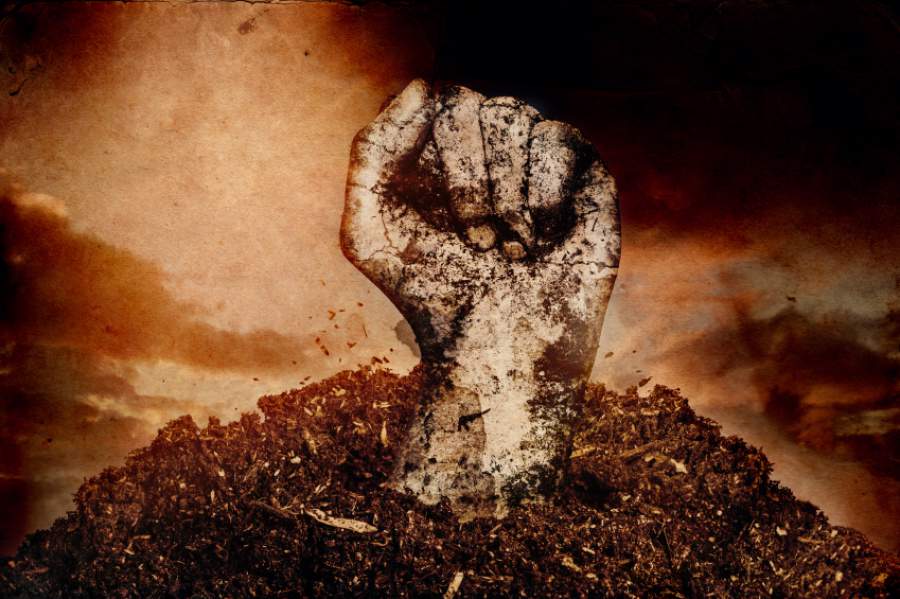 Why do activists who celebrate compassion, tolerance, diversity and inclusion refuse to treat devout Christians and Jews with respect?

Ask the progressives who claim to defend those values. They’ll tell you Christianity and Judaism represent hate, oppression, privilege and racism. But the vast majority of Christians in the world aren’t white. Judaism has its roots in the Middle East. Jesus was both Jewish and poor. So what’s the real reason?

It’s simple. Progressives and democratic socialists hate the Judeo-Christian ethic. It provides the United States’ social foundation. And they want to destroy it.

Let’s look at several areas where those world views collide.

When it comes to race and gender, “progressives” claim to fight for equality. Yet they view African-Americans, Latinos, women, immigrants, homosexuals and transsexuals as more equal than others. Those groups faced oppression throughout their history. So they’re entitled to special legal and social considerations, regardless of individual behavior.

In the Judeo-Christian ethic, no group is superior to another. The Mosaic Law in the Old Testament demands that judges favor neither the rich nor the poor. Due process had to be fair, honest and proportional. Importantly, the phrase, “an eye for an eye, a tooth for a tooth,” means proportional punishment. Not vigilante behavior.

So what about the Israelites’ status as God’s “chosen people”? In the Old Testament, God designated them his oracle to the world. But that didn’t mean they could get away with disregarding God’s legitimate demands.

In the New Testament, the Apostle Paul wrote that “all have sinned and fallen short of the glory of God.” All means all, regardless of race, gender or class. Furthermore, “there is neither Jew nor Gentile, slave nor free, male nor female, for you are all one in Christ Jesus.”

But racial segregation violates the Judeo-Christian ethic. As King said, any church promoting segregation was “standing against the spirit and the teachings of Jesus Christ, and it fails to be a true witness.” Democratic socialism is racist and sexist. It values ethnic identity and gender over ethics, law and personal responsibility.

Handing Kids Over to the State

When it comes to children and families, the Judeo-Christian ethic views both as a society’s backbone. Families serve as the primary caregivers. Children enjoy their own worth as God’s creations. Jesus stressed that last point. He told his disciples to let children approach him. Jesus said that only those who came to him eagerly and openly — like children — would enter the Kingdom of Heaven.

By contrast, democratic socialism rejects the nuclear family. Johanna Brenner, a retired feminist professor, advocates “democratic caring communities” to replace “the family as we know it.” Brenner supports the Democratic Socialists of America. Of course she does.

Of course, dismissing the unborn’s humanity illustrates the democratic socialists’ contempt for individual life. So does their attempt to stifle criticism. Their goal is total societal upheaval and domination. Every citizen must submit. But the Judeo-Christian ethic strikes a balance between society’s role and the individual’s value. In doing so, our creed declares that a person’s status as a divine creation determines ultimate worth.

“Progressives” and democratic socialists think they don’t need religion. But they have one. It’s just a false one. Jordan Hall explained that idea in his article, “Understanding the Blue Church.” A Reddit poster named “notjaffo” offered an insightful summary:

“Blue Team Progressivism is a church, offering you moral superiority and a path to spiritual enlightenment. As a church it’s got a lot going for it. It runs religious programming on television, all day every day. Every modern prime time program is like a left-wing Andy Griffith show, reinforcing lessons of inclusion, tolerance, feminism and anti-racism.

“The Blue Church controls the HR department, so even if you don’t go to church, you have to act like a loyal churchgoer in every way that matters while you’re on the clock. And off the clock, on any kind of public social media platform.

“Jon Stewart and John Oliver are basically TV preachers. Watching them gives the same sense of quiet superiority your grandma gets from watching The 700 Club. The messages are constantly reinforced, providing that lovely dopamine hit, like an angel’s voice whispering, ‘You’re right, you’re better, you’re winning.'”

The “Right Side of History”?

But the “Blue Church’s” faithful believe their cause is the way of the future. Just as the Marxists, Fascists and Nazis did. Film director Spike Lee admitted it when he supported boycotting Georgia, which passed a bill prohibiting abortions once doctors detected a heartbeat.

“I know it’s going to affect people’s livelihood but that’s how things change,” Lee said. “You’ve got to be on the right side of history, and the State of Georgia and those other states, they’re wrong.”

Please notice how Lee shows no concern for people who might be adversely affected by his views.

So is the Judeo-Christian ethic on the right side of history? Well, it views an all-powerful God not only as perfectly loving and compassionate, but also as perfectly moral and just. Such a combination is hard to stop. Just read the Book of Revelation. Spoiler: Jesus wins.