Social Media: Like Ma Bell’s Monopoly, But It Censors Your Calls 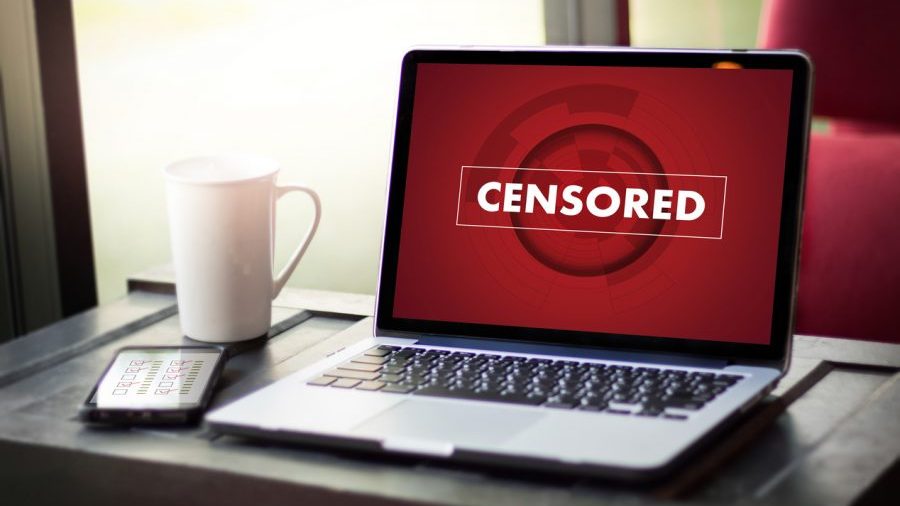 Hey. Did you know that people are putting chemicals in the water that turn the frickin’ frogs gay? Alex Jones said so.

And Alex Jones was right. Or so says Tyrone B. Hayes and a group of others who wrote the scientific paper “Atrazine [a common pesticide] induces complete feminization and chemical castration in male African clawed frogs (Xenopus laevis).”

Yet even though Jones did the world the signal service of warning us of the great gay frog horde, Apple, Facebook, Google’s YouTube and other platforms colluded to boot him. For “hate speech.”

This Is the Operator. Your Phone Call Is Offensive and Will Terminate in 5 Seconds.

So Jones got booted for irritating progressives. Which is no difficult feat. Joy, bonhomie, frank calm collegial openness to debate and charitable tolerance. … Not well known progressive traits. They’re woke, baby, and they’re going to make darn sure you know it.

Listen up, Facebook. We have a phrase for your nonsensical and transparently stupid excuse: Interfering in elections. And if you got the tip to ban Heng’s video based on outside information, such as in consultation with the offshore-bank-loving SPLC? Another word: Collusion. Why, that’s impeachable! I mean indictable. Where’s Robert Mueller when you need him?

Everybody knows Twitter bans and shadow-bans non-progressive voices, including candidates for political office. Search for any non-progressive subject on Google, and then try it again on, say, Duck Duck Go. The differences show Google’s version of shadow bans.

Time for the Nuclear Option

Enough! It’s time for it to end. We can no longer let these realityphobes, bigots, and general all-around humorless sourpusses say what we can see and what we can’t.

We must declare all major information-sharing companies public utilities and regulate them accordingly.

You wouldn’t stand for:

Answer: they shouldn’t. Let’s go after them.

The tech companies got what they wanted: monopoly control over on-line information delivery. They are now powerful public utilities.

Who runs your phone? I mean your cell phone. Almost certainly it’s Apple or Google. Who can deal without phones these days? Only a few; probably the same number that can live “off the grid.” Google search is used by the government itself, in many places. The news media would have to sit on their hands if President “Thank God It’s” Trump didn’t use Twitter and provide them with fodder for their daily pretended “outrage.”

Look how deep the tendrils of Big Tech go. As one example out of thousands, the Food and Drug Administration, a branch of the Federal government, uses Twitter, Pinterest, and YouTube to disseminate official information. All of government relies on Google to catalog their webpages. Many agencies have Facebook pages.

These services have therefore become necessary to the fluid functioning of government and society. To the great self-satisfaction of the owners of these services at that.

The tech companies got what they wanted: monopoly control over on-line information delivery. They are now powerful public utilities. With that great power comes great responsibility, to coin a phrase. They need to be taught to use it wisely.

Now I am a great sinner with many terrible faults, but one of them is not being a lawyer. So I do not know how the law applies to this situation. I do know that the second-to-the-last thing we want is another government bureaucracy dedicated to the policing of internet traffic. Though these kinds of interventions do not appear to have hurt electricity and water delivery too badly.

But the last thing we want? To cede control of information itself to forces that hate reality, tradition and orthodox religion.