Social Conservatives Need to Get to Work, Not Give Up

Let's mobilize the Victims and Survivors of the Sexual Revolution into a force for social change. 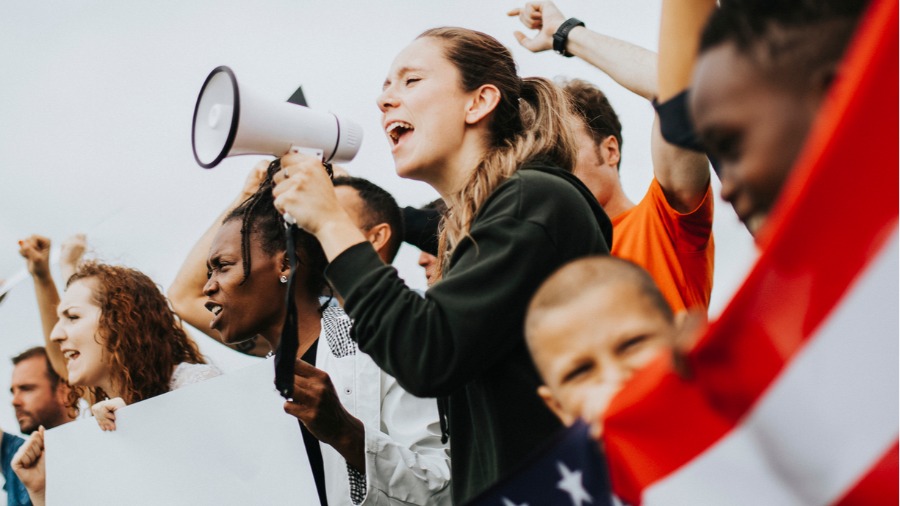 Peter Wolfgang’s cry from the heart got to me, I have to admit. His recent Stream piece “George Weigel, John Paul II, and What We Need Now” moved me.

The Conservative-Christian-Catholic hopefulness, even triumphalism, expressed by George Weigel and the late Michael Novak and Richard John Neuhaus, in the 1990’s has evaporated. Couched as a critique of these famous “neo-cons,” Wolfgang’s real point was “Man, we’ve got a mess on our hands. None of our Smart Guys has a clue what to do.”

I sympathize. I’ve been thinking about it too. I do have a plan. It goes like this.

The Victims and Survivors of the Sexual Revolution

Let’s do a tally of just a few groups:

Now, you may feel overwhelmed by this list. I look at it and see a potential constituency.

The Truths No One Else Will Tell

Look at how the post-abortive woman has become a game-changer for the pro-life movement. In the rhetoric of the Sexual Revolution, these women don’t exist. Abortion is no more traumatic or dangerous than pulling a tooth. Yet, we have known since 1990 that 10 percent to 30 percent of women experience regrets over their abortions.* The claim that abortion is a harmless procedure that solves women’s problems is not so convincing when looking out over a sea of “I regret my abortion” signs.

We need to tell the truths no one else will tell. Guilt-free, problem-free, attachment-free sexual activity is an illusion, not an entitlement.

What if you could get 10 percent of those 45 million adult children of divorce all marching in the same direction? Heck, what if you got 1 percent? A social movement with 450,000 committed activists would be a force to be reckoned with. Add in the abandoned spouses, and the women whose contraception failed them or hurt them, add in the people whose cohabitation experience soured, that is a lot of upset people.

So, here’s the plan. Go all in. Talk about all the social issues, not just the gay parts. We need to tell the truths no one else will tell. Guilt-free, problem-free, attachment-free sexual activity is an illusion, not an entitlement. Men and women are different. The sex differences expressed in the human body are significant and not to be tampered with.

Most of all, children need their parents. Children have a right to know their genetic identity and cultural heritage. They have a right to the love and support of their parents, unless some unavoidable tragedy prevents it. These needs of children place legitimate demands on adult society. The sexual culture created by traditional Christian sexual ethics protected those rights. The Sexual Revolutionary culture denies that kids have these rights.

History will show that the sexual revolution harmed people.

This plan also allows us to sidestep the whole “wrong side of history” business. We can say, “history will show that your revolution harmed people.” We don’t have to be defensive about our religious beliefs either. “History will show that only the people of faith had the sense to realize that something was wrong and had the courage to speak out against it.”

The millions of people who have been harmed by our sexual culture, propped up by the Sexual State, can be a formidable power. But we have to help them connect the dots between the problems they face and the toxic cultural soup we are all swimming in.

The Church should have done this long ago. The Church should have taken a stand against no-fault divorce, sexual propaganda in the schools, and all the rest of the poison. As Catholics, Peter, you and I have our suspicions about why so few of our clergy opened their mouths: They have sexual “issues” of their own. Some of them were/are secret or not-so-secret participants in the sexual revolution themselves.

The Conservative Chattering Class is mostly clueless on social issues. They’d rather talk about the Free Market or the American Founding or anything but Divisive Social Issues. Some of our Catholic intellectuals, the contemporary equivalent of Weigel-Novak-Neuhaus, have good ideas and sound instincts. But eventually, somebody has to get out of the office and talk to ordinary people. Professional Smart Guys tend not to do this.

Don’t get me wrong: We need college professors and policy wonks and think tank guys and media commentators. But at the end of the day, somebody has to step away from the desk, roll up their sleeves and engage the wide swath of the public that doesn’t read First Things.

That leaves people like us, Peter. You have the organizing skills, the people skills, the political instincts. You just need a bigger team, a bigger microphone, and a better plan.

Oh, we do need one more thing: a spine. We need to be willing to have people call us names and be mean. But you and I are already used to that, right Peter?

So, what are we waiting for? Let’s get this done. The Survivors of the Sexual Revolution deserve a voice. And when they find it, the political and social landscape will never be the same.

Jennifer Roback Morse, Ph.D. is the founder and president of the Ruth Institute, which is holding a Summit for Survivors of the Sexual Revolution April 26-27 in Lake Charles Louisiana. The event will be live-streamed through the Facebook pages of The Ruth Institute and the Family Research Council.

*The Sexual State: How Elite Ideologies are Destroying Lives and how the Church was right all along, pp. 167-173.