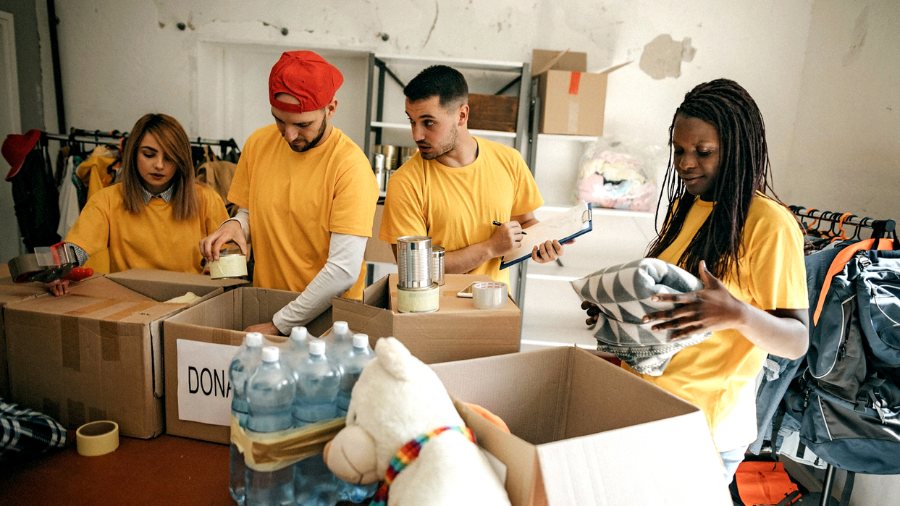 Americans are a generous, charitable people. With our roots firmly planted in Judeo-Christian values, love for our neighbors has been one of our finest fruits.

Today, however, this fruit is endangered. As society loses its ability to identify and appreciate real love, we are also losing our esteem for those who actively love their neighbors in tangible ways. We are threatening their ability to continue their good works.

An Anemic Idea of “Love”

Our concept of love for our neighbor has been eroded. There was once a general acceptance of “tough love.” The kind that is gently honest, even when the truth hurts. The kind that isn’t derailed by disagreements. The kind that understands that a difference of opinion — even about something important — is fully consistent with love.

Today’s idea of love is less about truth and authenticity, and more about approval at any cost. At the same time, our self-love has grown dramatically.

Today’s idea of love is less about truth and authenticity, and more about approval at any cost.

We’ve long been told that we need to love ourselves before we can love others. To put ourselves first. Of course, this is totally inconsistent with all of the really great models of love the world has known (Jesus Christ comes to mind). But our culture’s messaging has been relentless and consistent: follow your heart, look out for number one.

We can see at least two results from these changes in our views on love. Today’s Americans have a growing intolerance for anyone who disagrees with them. And a growing sense of entitlement.

This gives us important insight into the battles over rights of conscience, which are now being waged not only on private business owners, but also on charitable organizations.

One case study was reported in the most recent Faith and Justice magazine, a publication of the non-profit legal group, Alliance Defending Freedom. It was a beautiful and inspiring article, for the most part. It tells the story of Sherrie Laurie, Executive Director of “Downtown Hope Center” in Anchorage, Alaska.

After retiring from her career as a pilot, Sherrie began doing volunteer work at Downtown Soup Kitchen. She later moved from serving lunch to doing laundry for the homeless while they enjoyed a hot shower. As her desire to care for the needy grew, she eventually took a position on the charity’s board. Then she became executive director.

Today the Center has an expanded mission. It serves as an overnight shelter for homeless women. Who would have guessed that for providing this service, these acts of love, the Center would face persecution? But that is exactly what happened.

The trouble started when Sherrie politely refused to allow a man to spend the night in the shelter with the women. Because these women are coming in from the street, many of them have been victims of abuse. It is essential that the Center does all it can to ensure their safety.

But after Sherrie turned this man away — a man who happened to identify as a woman, she received a letter from the Anchorage Equal Rights Commission. It was investigating the man’s formal complaint of “sex and gender identity discrimination.”

Thanks to the help of Alliance Defending Freedom, the charge against Downtown Hope Center was ultimately dropped. But similar travesties are popping up all over the country. The trend is likely to grow as special interest groups push for laws to preclude even private charities from making distinctions between males and females, or from ministering to their communities in accordance with their faith.

We see faith-based adoption agencies facing closure if they insist on placing children only in families with a mother and father. We see churches being forced to provide employees with insurance coverage for abortions. We see legislation targeting religious groups that seek to serve members in accordance with their doctrines.

The Tyranny of the Majority

Why are such good, noble, private efforts taking so much fire? Because too many people today feel entitled to claim a moral consensus for their life choices. They simply cannot tolerate the idea that there are good, kind people out there who will not change their moral beliefs to suit the times. So they seek to harness the power of the state to coerce outward compliance with the newfangled orthodoxy.

This is not progress, my friends. It is tyranny. And it is exposed as such most clearly when it is aimed at the very best of people, doing the very best of things. When those who do the faithful, tangible work of “loving their neighbors” become the targets of persecution, surely it’s time for a wake-up call.