The Smoke of Satan : An Interview With Phil Lawler On The Catholic Church Sex Abuse Crisis 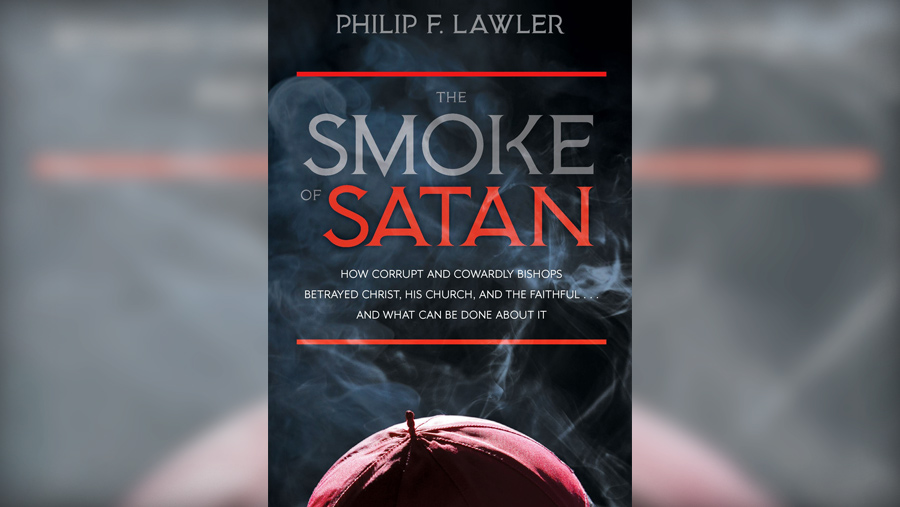 Last week the U.S. Catholic bishops met. They were expected to vote on how to deal bishops accused of sex abuse. That didn’t happen, because of a last minute intervention by the Vatican, telling them to wait until a worldwide meeting in February. As a result, the bishops canceled a vote on standards of conduct and a lay person-led panel to investigate accusations.

A non-binding measure urging the Vatican to release records about former Cardinal Theodore McCarrick also failed. Opponents said it was redundant because the Vatican is investigating McCarrick. (The Vatican has released no records on McCarrick. He was exposed in 2018 as having sexually pursued seminarians. He is also alleged to have abused a minor.

It is with this backdrop that The Stream interviewed Catholic journalist Phil Lawler about his new book, Smoke of Satan. The book was published days before the bishops’ meeting. It addresses challenges that face lay Catholics as the sex abuse crisis deepens. It also examines how and why clergy let Catholics down.

Bishops and Popes Have Little Credibility

Lawler also said bishops should admit “mistakes (and worse)” instead of waiting until “forced to do so by headlines or grand-jury reports.”

On this week’s reform vote, “the Vatican should not have intervened. The U.S. bishops should have pursued their investigation.”

“The Pope should have accepted the earlier request from the US bishops’ conference for an ‘apostolic visitation,'” he continued. This “official probe, backed by Vatican authority, could have required” bishops to cooperate and records to be opened.

Lawler said the pontiff has “issued a number of good statements” while “his actions tell a very different story.” He also said past popes bear blame. “Pope John Paul II did not have a good record on abuse issues. That may be understandable, because he had seen Communist regimes try to frame Catholic leaders with such charges; but it remains an unhappy legacy of” the saint.

“Benedict XVI is not given sufficient credit for his efforts to crack down,” continued Lawler, “but he …was willing to preserve some ugly secrets.”

What Can Lay Catholics Do?

According to Lawler, “as long as Church leaders are not consistent” on “what the Church teaches and how pastors behave, loyal Catholics are” disadvantaged “when they try to evangelize their friends.” He said people should look at the Church’s consistent teachings. Catholics should “say that is the norm, regardless of…corrupt circumstances.”

He noted that there is “room for honest disagreement among Catholics about theological questions” and “prudential political issues.” At the same time, “the Church … does reach definitive decisions” in some areas, such as marriage and abortion.

On Catholics leaving the Church because of sex abuse, Lawler was adamant. “Dedicated Catholics should never leave!”

‘Christians are born for combat,’ said Pope Leo XIII. We’re living in a time of crisis. Catholics who love the Church should be part of the battle against widespread corruption. We will win that battle— not without cost— and future generations will see our time as the beginning of a great Catholic revival.

Sex abuse isn’t the only issue facing U.S. Catholics. There are splits on political issues. Pope Francis has urged the Church to “find a new balance” when looking at objective and prudential issues.

Lawler said that the pope’s comments reflect a misconception that the Church focuses too much on social issues.

“Anyone who attends Mass regularly at an ordinary Catholic parish knows” this isn’t the case, Lawler wrote. “The typical Catholic rarely hears from the pulpit about ‘hot-button’ issues.”

Additionally, said Lawler, “ask yourself how Church leaders respond to prominent Catholics who disagree with … Catholic teaching on … abortion, marriage, etc. Can you name a single Catholic politician who has been disciplined? It’s a myth.”

In Smoke of Satan, Lawler highlights how “some of the nation’s most prominent Catholic politicians … have been outspoken proponents of unrestricted abortion.” They include former Vice President Joe Biden, former House Speaker Nancy Pelosi (D-CA), and the late Senator Ted Kennedy (D-MA). Lawler writes that “most bishops have demurred” on enforcing “canon 915 of the Code of Canon Law.” That canon “obliges priests to protect the Church from scandal by withholding the Eucharist from unrepentant public sinners,” writes Lawler in his book.

Lawler also writes in Smoke of Satan that clergy have given the impression of support for pro-abortion politicians. He cites awards from Catholic institutions, public appearances, and more.

Smoke of Satan does cite one counter-example. Archbishop Joseph Naumann. Naumann excommunicated then-Kansas Governor Kathleen Sebelius from receiving Communion in 2009. The future Secretary of Health and Human Services, Sebelius “opposed … protections” for the unborn. She even opposed “waiting periods, informed consent and improved regulation of abortion clinics,” according to Naumann.

The Stream asked Lawler about the “seamless garment” movement. This is a movement to make all political issues equally important. Lawler dismissed it as “a convenient excuse for support of politicians who dissent from Church teachings” which “do not permit exceptions.” There’s a difference, he noted, between “the … prohibition on deliberate killing of innocent people” and “questions that allow for a wide range of legitimate opinion among Catholics.” Lawler cited “the proper way to punish criminals or help the needy” as two such questions.

What about Catholics who have openly backed the Trump and Obama administrations? Neither fully stood with Church teachings. Lawler demurred. “Mature lay Catholics should form their own opinions on political issues.”

Smoke of Satan includes dozens of suggestions from Lawler on how Catholics should live their daily lives. Lawler urges prayer, assisting those in need, volunteering at one’s parish, fraternal corrections, finding good liturgy and a good parish, and encouraging people to attend Church. He also urges Catholics to avoid same-sex “weddings,” to not fund “any ‘Catholic’ institution … that does not … uphold its Catholic identity,” and to avoid secular charities which are involved in “immoral public causes.”

Pope on Sex Abuse: ‘We Showed No Care for the Little Ones’