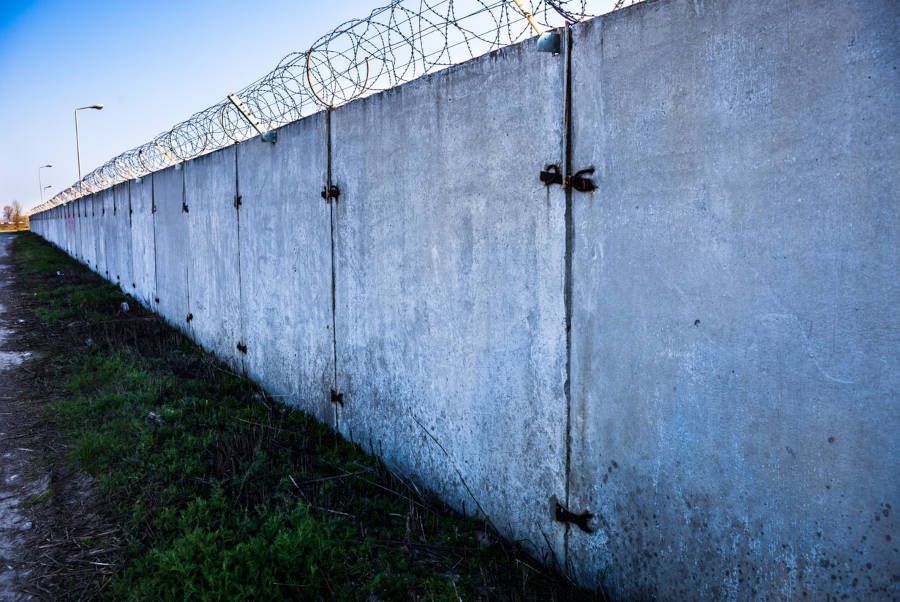 “and deliver those who through fear of death were subject to lifelong slavery.” Hebrews 2:15

America’s strategy for COVID-19, in the fewest possible words, is this: Don’t worry about living, just try not to die. It is a strategy of fear and slavery, under the controlling hand of the fear of death.

It is a good thing not to die; a good thing not even to suffer through a bad case of this awful virus. I know that many who read here have suffered the loss of a friend or family member. Just this morning I was in a small group meeting with a doctor in Michigan who is very, very tired; who said 200 medical staff members in his hospital are COVID-positive; who said he’s seen too many die of it.

It was a sober reminder that for all the policy debates, this virus is real. I don’t want to go through it, and I don’t want my family members to, either. Policy really does call for prudence. There is a line, though, between prudence and panic, and for much of this year we’ve been on the wrong side of it. We’ve been so busy not dying, we’ve forgotten life is for living.

We live in an age of fear. Before COVID, it was present and powerful on college campuses, where students have prioritized “safety” over learning. They’ve “needed”  protection from contrary opinions or unpleasant realities, so they’ve tried to shut it out. Reality barges in anyway. COVID is reality.

Death itself is reality. I speak as one who is currently vulnerable. I’m 64 years old, with co-morbidities that do nothing good for my risk levels. Neither I nor any of my family members have made it safely through disease and into immunity. It would be great if I could hide from it forever, and I almost could, since I work at home, “Hiding in my room, Safe within my womb,” as Simon and Garfunkel sang in “I am a Rock.” That whole verse goes,

I’ve built walls,
A fortress deep and mighty.
Hiding in my room,
safe within my womb,
I touch no one and no one touches me.
I am a rock, I am an island.

And we have too readily made ourselves islands, separating ourselves for safety, dying slowly in that way, all to avoid the fear of dying some other way.

Social distance makes islands of us all, prisoners inside these walls. “I have no need of friendship,” the song also says. “Friendship causes pain.” Being alone is safer.

I told both my son and my daughter when they first started getting serious about their current spouses, “You’re falling in love. It may be the most dangerous thing you’ll ever do. They could get sick or injured and die, and leave you devastated for years. Worse yet, they could turn out not to be who you think they are. It is the most dangerous thing you can do, but it is also the richest, best, most glorious thing you can do, too. It’s way more than worth the risk.”

Now friendship can cause COVID, too. Distancing is safer; distancing is a matter of law in many places. The distancing theme pervaded the whole album, “Sounds of Silence,” on which Simon and Garfunkel first recorded “I am a Rock,” way back in 1964. So let’s play it safe, right?

Not as Safe as It Looks

Wrong. Or rather, it may be perfectly right if “safe” means having a healthy respect for risk and practicing prudence. It’s wrong however, if it means being controlled by fear. The one is wisdom, the other is slavery.

And it’s not as safe as it looks anyway. Paul Simon’s lyrics in the “Sounds of Silence” are as eerily prophetic as any I’ve ever heard — and they include two songs about people committing suicide. He knew then what we should all know now, that social distance and death are much too closely related. And the “wall,” the “fortress deep and mighty,” are too much like imprisonment or even enslavement. To contain the virus is to contain ourselves.

I do not write this with any specific COVID policy in mind to recommend, but rather a way of thinking: Some risks are worth it. We are too easily surrendering liberties that many have fought and died for. This is a time we can join with them in that fight, even risking ourselves for it. To contain the virus as a matter of public policy is to contain the people. We are

So what shall we do, then? Ignore the risks? Not at all. We weigh the risks instead, and the costs, too; all of them, not just the virus. There is some danger of death in the virus, but there is a very certain sort of death in hiding, distancing, containing ourselves. And that’s to say nothing of the economic devastation we’ve subjected ourselves to.

The Risks We Must Face, The Courage We Must Carry

We have a heritage in this country of weighing all these things together. The signers of our Declaration of Independence pledged their lives, their fortunes, their sacred honor for the cause of liberty. My son-in-law is “somewhere hot and sandy” (that’s all he’ll tell us) serving with the U.S. Army for that same cause. Do we, then, who have the opportunity to practice liberty (with prudence) give it up as if it were of no value? Is it not worth standing for? We would not be the first to put our lives on the line to keep our country free!

I do not write with any policy recommendations in mind, except that we absolutely must jettison our current policy that tells us not to worry about living, but just try not to die instead. We need to live! Americans in particular must be free!

It is partly a matter of policy, but it has even more to do with each person’s way of thinking. It’s about life, it’s about freedom, it’s about courage. We are looking too much like cowards these days. Death is fearsome, no doubt about it, and fear has a rightful place in guiding and warning us. It should never enslave us, though.

I don’t know how to advise secularists, except to take death’s warning seriously and prepare for it. COVID or not, the death rate is a steady one apiece. Your future depends on finding eternal life in the one place it may be found, in Jesus Christ.

We who follow Him, though, should know that “to live is Christ, and to die is gain” (Phil 1:21). Or to complete the quote with which I opened this column, taken from Hebrews 2:14-15, “Since therefore the children share in flesh and blood, he [Jesus] himself likewise partook of the same things, that through death he might destroy the one who has the power of death, that is, the devil, and deliver all those who through fear of death were subject to lifelong slavery.”

We are free people, so let us live that way. Prudent? Of course. But free! Let’s stand for the freedom actually to live life, for as long as we can live it!