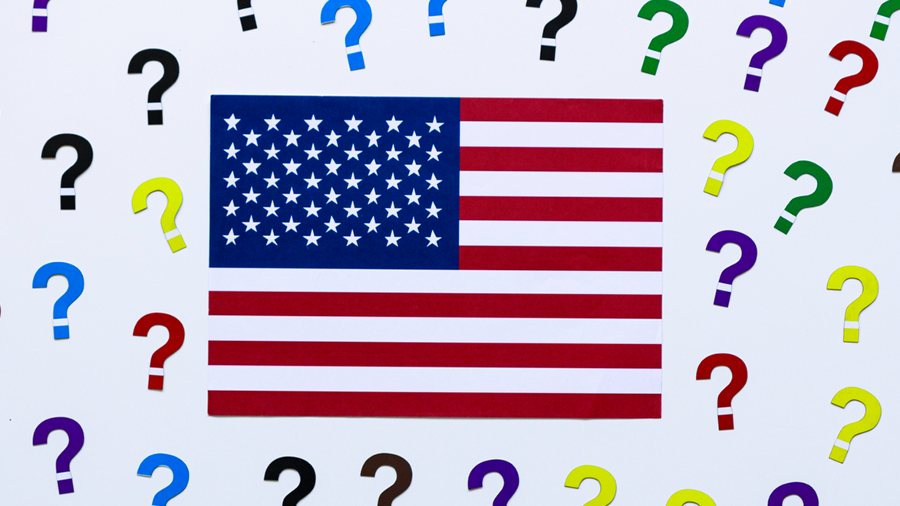 Thirty-five of the 100 seats in the Senate and all 435 seats in the House of Representatives will be contested in November’s election. Many more state and local elections will be decided. America was at a tipping point in our last election. Two years later, many Americans think our situation is much worse.

Even before our election, Vice President Harris has injected identity politics into the aftermath of Hurricane Ian by informing an audience that “communities of color would be first in line for relief.” She explained, “We have to address this in a way that is about giving resources based on equity, understanding that we fight for equality, but we also need to fight for equity.” Do sane and sensible politicians talk like this?

Hopefully, these six questions will help rattle our cage in helping us understand what is at stake in our upcoming elections.

If the Southern border is secure, how did 3.4 million illegal immigrants get across it since President Biden took office?

On September 12, Vice President Kamala Harris made this statement, “We have a secure border and that is a priority for any nation including ours in our administration.” Most Americans can plainly see that this statement is misleading.

When Joe Biden walked into the White House, he quickly reversed all of President Donald Trump’s immigration and border wall policies. These policies were working and quickly canceling them caused a border crisis and massive humanitarian problems. One U.S. Senator states that 3.4 million illegal immigrants have crossed our Southern border since Biden took office.

Two years into the Biden administration, do you feel safer for yourself and your extended family around the nation?

Have progressive Democrats flipped the script on their party and America? Over the last two years it seems that criminals are now the victims and citizens the villains. A murderer can be back on the street in hours after running over and killing someone he deemed a “Republican extremist.” Yet the mainstream media tries to ignore this injustice.

In 2021, the U.S. murder rate was the highest in 25 years and former New York Police Department Commissioner Howard Safir judged the high murder numbers to several facts, including “cancel culture and woke mentality that assumes that police are racist and brutal.”

Most Americans can remember that Democrats pushed the “Defund the Police” movement that swept the nation in 2019-2020. Now, our president and some Democrats are speaking words of support of the police. They can’t have it both ways!

What personal challenges and decisions are you and your family facing as inflation goes sky-high?

Leaders from some of America’s largest banks met on September 21, 2022 sounding “the alarm on sky-high inflation in testimony before Congress.” They warned “that price hikes would require further borrowing cost increases from the Federal Reserve that will slow the economy and impose widespread financial pain.” They are predicting “tougher times ahead.” Andrew Cecere, the CEO of U.S. Bank said, “Inflation is affecting those the most that can afford it the least.”

Older Americans can still remember the burden of living with 14.8% inflation and 18% interest on home loans under President Jimmy Carter.

Describe how President Biden lived up to his promise of bringing America together?

The theme of Biden’s inauguration speech was — “America United.” He said,

We can join forces, stop the shouting and lower the temperature. For without unity there is no peace, only bitterness and fury. No progress, only exhausting outrage. No nation, only a state of chaos. This is our historic moment of crisis and challenge, and unity is the path forward.

Yet, recently Biden tagged “the 78 million people who voted for Trump as akin to domestic terrorists.”

Are big-tech and government agencies colluding to spy on Americans under the Biden administration?

Investigative reporter Miranda Devine has recently reported how “Facebook has been spying on the private messages and data of American users and reporting them to the FBI.” This is being done without probable cause and without a subpoena. The article said, “Facebook provides the FBI with private conversations which are protected by the First Amendment without any subpoena.”

Describe how woke ideology is helping prepare our soldiers and sailors to fight future wars?

After the disastrous withdrawal from Afghanistan, nearly 90 retired generals and admirals wrote a letter to the Secretary of Defense, Lloyd Austin and Mark Milley, Chairman of the Joint Chiefs of Staff demanding their resignations. Included in their concerns was the following statement:

In interviews, congressional testimony, and public statements it has become clear that top leaders in our military are placing mandatory emphasis on PC ‘wokeness’ related training which is extremely divisive and harmful to unit cohesion, readiness, and war fighting capability. Our military exists to fight and win our Nation’s wars and that must be the sole focus of our top military leaders.

Imelda Marcos, the former First Lady of the Philippines, and owner of 3,000 pairs of shoes once said, “Win or lose, we go shopping after the election.” For America, this may not be true if our stores are burned-out by looters, inflation shrinks our purchasing power, and we have modest means for merchandise.