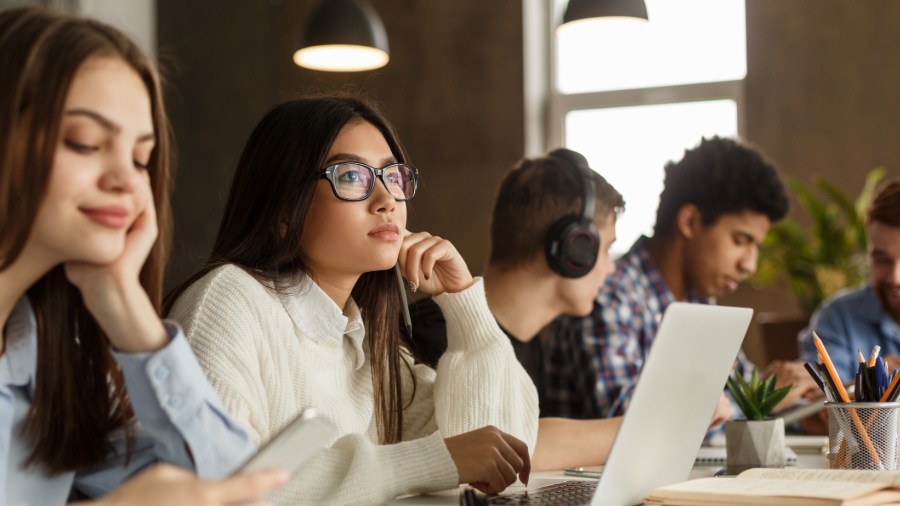 By Dwight Longenecker Published on February 9, 2020 •

Feminism has succeeded beyond anyone’s wildest imagination. Liberated by artificial contraception and abortion from being “pregnant and barefoot in the kitchen,” women in our society have made amazing advances in every profession, and only Donald Trump was able to quash Hillary Clinton’s ambition to break through the glass ceiling and become the first female U.S. president.

In an article for Quillette, Vincent Harinam and Rob Henderson delve into some fascinating studies about the success of women in higher education and what that means for their social life. Firstly, there are more women in higher education than men. “Across the USA, for those with master’s degrees, for every 100 men there are 134 women.” The U.S. census reveals that “there are 5.5 million college educated women between the ages of 22 and 29 versus only 4.1 million men in the same age bracket.”

What Do Women Want?

But what do women want?

Harinam and Henderson quote sociological studies from around the world to show women prefer men who are better educated than they are. Further studies show that if a woman does fall for a man who is less educated, it is most likely because he earns more than she does.

Therefore, it doesn’t take an evolutionary psychologist to understand that high academic and social achievement doesn’t help women’s love life. More men than women drop out of college and fewer go to graduate school. Therefore there are fewer and fewer interesting men for an ever increasing number of highly educated, high achieving women.

The educational disparities between men and women reveal interesting behaviors in the dating game. In his book Date-onomics John Birger reports on the dating scene on college campuses. Where there are more men than women in the population, the men adapt their behaviors to attract and retain a girlfriend.

Because women are more interested in long term relationships with emotional involvement, this means the guys will behave more like gentlemen, be considerate of the woman’s wishes and work to build a good, long lasting relationship.

However, when the numbers are reversed and there are more women than men, it is the women who adapt their behaviors. Because men are more interested in short term sexual encounters, the women are therefore more likely to submit to superficial friendships, casual hookups and promiscuous sexual behavior.

Where Have All the Good Guys Gone?

Why are there fewer young men in college and aiming toward high achievement and family life? The authors suggest the influence of two social trends: video games and pornography.

When fake war and fake sex are complemented with the fake happiness of drugs and alcohol, the escapist temptation for young men is complete.

Men are wired to engage in competitive and aggressive activities. They used to work out those instincts through sports, the military and challenging outdoor activities. However, online interactive video games provide guys with an easier fix. Harinam and Henderson quote economist Michael Ward who “found that when video game sales increase students spend less time attending class and doing homework and more time playing games.”

With so many quick fixes and artificial routes to happiness on offer, why should a guy go to college or go through the effort of courting a young woman?

Even if the college guy does engage with a real woman, because of the dynamic of more women than men, she’s likely to indulge his weakness for a lazy relationship, shallow friendship and casual sex. He’s getting everything he wants. Marriage? Responsibility? Kids? Why bother?

Many factors have come together to contribute to the decline of traditional marriage and family life. Increased mobility, affluence and personal choice have given everyone new freedoms. No fault divorce, contraception and abortion have given women power they have never enjoyed before. However, the achievements of the feminist movement have led to the ever increasing number of women who are successful but single.

Why are love, marriage and family the greatest investment? Because the only thing in our lives that we will enjoy forever are other people.

Despite the predominance of women in higher education and their growing achievements in every profession, the media masters and feminist propagandists continue to preach that women are oppressed and men are the aggressors. No wonder so many young men simply check out!

The victims of this social meltdown are the young women and men who long for the stability and long term joys of marriage and family life. Those who look for traditional values are faced with a dating pool of women who are seeking only materialistic achievement, and men who are too lazy, confused or intimidated to care about courtship and commitment.

It is only when men and women come to understand that love, marriage and family life are the greatest investments that there will be a shift in behaviors. Why are love, marriage and family the greatest investment? Because the only thing in our lives that we will enjoy forever are other people. Other people will live forever. The rest will fall away into dust and ashes.