Should Women Be Allowed In Combat? Equality Debates Reality 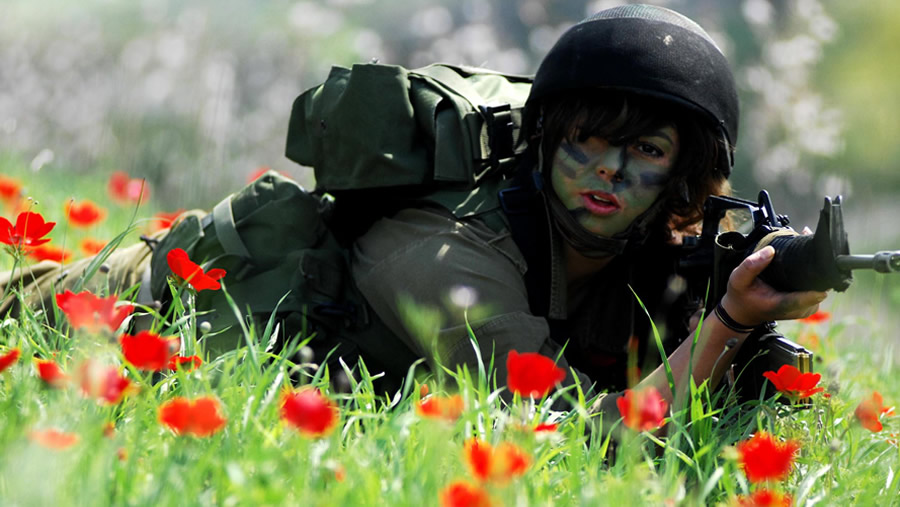 On December 3, 2015, Secretary of Defense Ash Carter decided unilaterally to open combat positions to women, a move made over the unanswered objections of critics, including many now-muzzled serving officers who were ordered to implement the policy. The order stands until the arrival of a president willing to revoke the policy.

In the meantime the New York Bar Association recently hosted a debate over the move. In one corner was Equality (these are my labels), which supposes whatever differences between the sexes exist are unimportant or a barrier to proportional participation in leadership and other roles. This position was pitted against Reality, which says sex differences are ineradicable, important and deeply consequential.

The case for Equality was this. According to Germano, “We have cultural issues in the Marine Corps” which hold equality back, “issues” which can be cured by education. For decades, she said, “women were held to a lower standard.” They thus performed at a lower standard. If women were held to the same standards as men, she claimed, they would perform at the same level as men.

Ackerman echoed these sentiments and charged that objective experiments to demonstrate differences in the sexes (which were conducted by the Corps and which proved these differences existed) were a “smokescreen” designed to hold women back. Insistence on metrics like unit cohesion and combat effectiveness were “disingenuous”. Further, the culture of the Corps meant that attempts at integration would “proceed begrudgingly.” The notion that women should be treated equally, as with blacks and those with same-sex attraction, was a sign of progress.

Germano and Ackerman were adamant that standards would not and should not be lowered to accommodate more women, and that if standards were lowered they wouldn’t stand for it.

The case for Reality was this. Eden said the experiments Ackerman dismissed were central and demonstrated what was anyway obvious after thousands of years of military history: namely, that women are not only a little less physically robust and militarily aggressive than men, but they are vastly less warlike and capable on the field of battle. They are also much more prone to injury. Eden stressed, “Women are at a disadvantage against men who want to kill them.” About the planned integration, Eden said, “There is no way to successfully implement a flawed plan.”

O’Shea emphasized that standards have already been lowered, they were surely going to be further lowered, and that lowering standards was the only way to achieve anything approaching equality. He recalled a prominent experiment designed to mimic battle conditions, with groups consisting of males and females in proportions expected under Equality matched against all-male groups. Over a hundred tasks were measured, and in only one did the mixed-sex group excel.

Eden and O’Shea were just as adamant that standards should not drop, but they repeated that they inevitably would drop. Eden gave another instance where a test to remove wounded soldiers from the battlefield was already made twice as easy because it was recognized that women would not pass the harder version. O’Shea said most women could just barely do the minimum required of men, and that sometimes the definition of minimum was stretched.

A goodly fraction of the audience was aghast when Eden reminded the room that killing is the main role of soldiers, but this was nothing next to the gasps of shock which greeted a question from retired Marine Corps officer Cris Dosev. He asked if all the men in the room were to fight to the death all the women (the sex ratio was about 50-50), “Who would win?” The Equality side felt the question was tacky. Dosev later said those pushing for Equality were not doing so in “the best interests of the military” but were instead laboring in the “service of an idea.”

The debate began with about a 50-50 split in opinion, and ended with only three audience members admitting to having changed their minds based on what they heard.

Here is my prediction for what will happen. First, the Equality champions will go right on insisting, “Standards will not fall!” and “Women will be made to perform the same tasks as men,” and asking, That’s fair, isn’t it?” Mollified by this, critics will fall silent.

The tests of standards will then begin. Quicker than any would like, reality will begin to intrude. Far, far fewer women will be able to keep up with men than was hoped. The proportion of women in leadership roles will show no appreciable bump.

Somebody will discover that the statistics would improve if a certain test were modified. This test will be modified quietly. The “modification” weakens the standard, but it will be argued that this particular standard was never really important. Next, a diversity officer will realize that since it is a qualification for promotion to have served in combat, what counts as having “served in combat” will be broadened. Women will rise in the ranks.

The entire process will be iterated until the semi-official quotas for women in positions of leadership are met. At that time other metrics, such as “combat effectiveness” or “victories in battle” will be amended to include the targets of equality and diversity.

In the end, more casualties will result and fewer traditionally defined victories will be had, but Equality of a sort will have been reached.