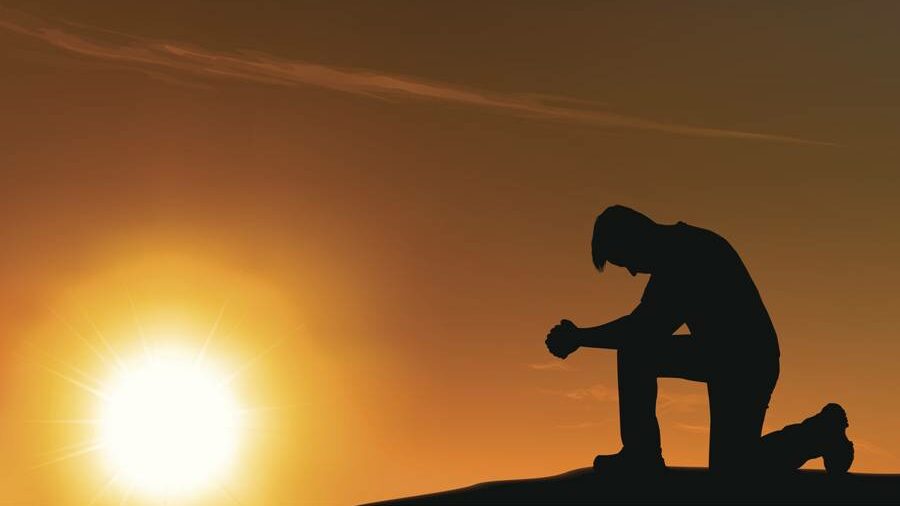 Maybe we should re-think this, though. Could it be that our timidity is holding us back from real victory?

I’m talking specifically about spiritual conflict here, not business competition, not the colleague you’re hoping to get promoted over, and not even the one who’s set herself up as your adversary on the job. My question here has to do with those who hate the Bible, who stand against God and His instruction, and who take that opposition out on Christians.

We have enemies like that now. Plenty of them, and they have influence. This is unfamiliar to us in the West. Though we’ve always had people around who stood against Christ and His people, until recently they’ve been out on the fringe, so we expected little harm from them. We could pray a blessing for them, in accordance with Jesus’ command in Matthew 5:43-45, and otherwise safely ignore them.

It isn’t so safe anymore. We’re under more open attack, more sustained anti-Christian hostility. How then do we pray for our enemies? Can we pray against them in any way? Before you jump to an easy answer, consider the following:

1. It Does God’s Enemies No Good to Succeed in Their Desires

Those who oppose God will lose; those who submit to Him to will win. That’s not my teaching; it comes straight from Jesus. “Whoever would save his life will lose it,” Jesus says in Luke 9:24, “but whoever loses his life for my sake will find it.”

God’s Kingdom has been called an upside-down kingdom, where humility and submission lead to honor and victory. Christ Himself is the model, as expressed most eloquently in Philippians 2:5-11. The same applies to us, to a far lesser degree, of course: “Humble yourselves, therefore, under the mighty hand of God so that at the proper time he may exalt you” (1 Peter 5:6).

So put aside any squeamishness or timidity you may feel. God is supposed to win. God intends to win. God will win, and it will be good. So pray away!

No one lives in Christ without first giving in to Him. That includes you and me: Everyone starts out in rebellion. The Apostle Paul makes that amply clear in Romans 3, followed by the great, good news in Romans 5:8 that God loved us enough to die for us even while we were still enemies. But we must each give up our rebellious ways.

2. It Does No One Else Any Good if They Succeed

God is good, and His ways are good, too. Those who oppose Him oppose that which is good: They hinder others from eternal life in Christ, and they put up barriers to experiencing His best life on earth. They’re even intentional about it. They may think they’re doing right, but they’re very purposeful about trying to undermine Christian belief and ethics. If God is good, though, it follows quite simply that they are wrong, and they’re doing others real harm.

That’s obviously the case if God is good (as He is) and they oppose God. What about the case where they oppose God’s people, the Church? Does that do harm, too? We certainly can’t claim to be good like God, and it doesn’t do us any harm at all to receive some correction.

More often than not, though, what God’s enemies fight against is the very thing God intends for us. They oppose Christians’ stand on sexual integrity, for example. But Christian sexual ethics properly understood are a very good thing: good for individuals, for couples, for their children, and for the community and society as a whole. And I need not tell you this is under massive attack, with harmful effects on the whole gamut, from individuals to society overall.

Therefore we have every reason to pray that their anti-God, anti-Christian efforts will fail.

Here’s what actually got me started down this whole line of thinking: reading Psalm 35. In it David prays unabashedly for his enemies’ defeat: “Contend, O Lord, with those who contend with me; fight against those who fight against me! … Let them be put to shame and dishonor. … Let them be like chaff before the wind, with the angel of the Lord driving them away.” And much more like that.

It’s followed by Psalm 36, which opens with a plain statement of who we’re talking about here. “Transgression speaks to the wicked deep in his heart; there is no fear of God before his eyes,” and again, much more like that. David closes the psalm praying, “Let not the foot of arrogance come upon me, nor the hand of the wicked drive me away. There the evildoers lie fallen; they are thrust down, unable to rise.”

Language like this is almost shocking to Christians today. But there is real justice in it.

4. There Is Justice Here

There is justice in these prayers. In Psalm 35 David tells how he loved his enemies: “When they were sick, I wore sackcloth; … I prayed …  I went about as one who grieved for my friend or my brother.” But when he stumbled, they “rejoiced and gathered, they gathered against me.” So he prays for natural consequences:

And whatever we pray, we’re putting the matter in God’s hands, not our own. We don’t take up arms against our enemies; not except in extreme circumstances, where (for example) war may be justly called for.

To pray truly is also to put ourselves in God’s hands. If we pray wrongly, God will still answer rightly. His answer may well include correcting our thoughts.

In that sense, therefore, if we pray wrongly against our enemies, we’re the ones who’ll feel the heat. Better to take it honestly to God than to try hiding our feelings and opinions from Him. It gives Him more room to change us.

See how King David himself spoke in the next psalm, Psalm 37. I don’t think this means he himself changed after writing Psalms 35 and 36; it’s more likely that whoever assembled the psalms into one book intended us to remember these things as we pray about our enemies. It begins, “Fret not yourself because of evildoers; be not envious of wrongdoers.” Why? It’s not because their evil doesn’t matter. It’s because “they will soon fade like the grass and wither like the green herb;” and, “Their sword shall enter their own heart, and their bows will be broken.”

God Himself “helps [His people] and delivers them; he delivers them from the wicked and saves them.” It’s in God’s hands, so we can be confident.

Finally, the battle is real. There are two kingdoms, says our Lord, and they are pitted in conflict against each other. Our visible enemies are not the real enemies, however. They’re caught in the same spiritual battle themselves, being used by the real enemy of both their souls and ours, Satan:

For though we walk in the flesh, we are not waging war in the flesh. For the weapons of our warfare are not of the flesh, but have divine power to destroy strongholds. We destroy arguments and every lofty opinion raised against the knowledge of God (2 Cor. 10:3-5a).

The weapons he speaks of are all spiritual, as we read in Ephesians 6:10-19: truth, righteousness, the gospel, faith, salvation, the word of God, prayer, and preaching.

7. Should We Pray Against Our Enemies?

So should we pray against our enemies? Yes, but only if we recognize them as fellow humans, loved by God, called by God to come to Christ. Only, too, if our prayer is for others’ protection from their errors, and for their own rescue from their own lies. And only also if we pray with humility, knowing that God has rescued us from rebellion against Himself, too.

Better yet, though, we should pray positively; less for our enemies’ defeat, whose meaning is wrapped through with all these considerations, and more for God’s victory. Pray fervently that God’s ways will prevail. Pray for His victory, and that it would come soon. Put aside any squeamishness or timidity you may feel. God is supposed to win. God intends to win. God will win, and it will be good. So pray away! Pray for God’s victory, and watch as He answers.