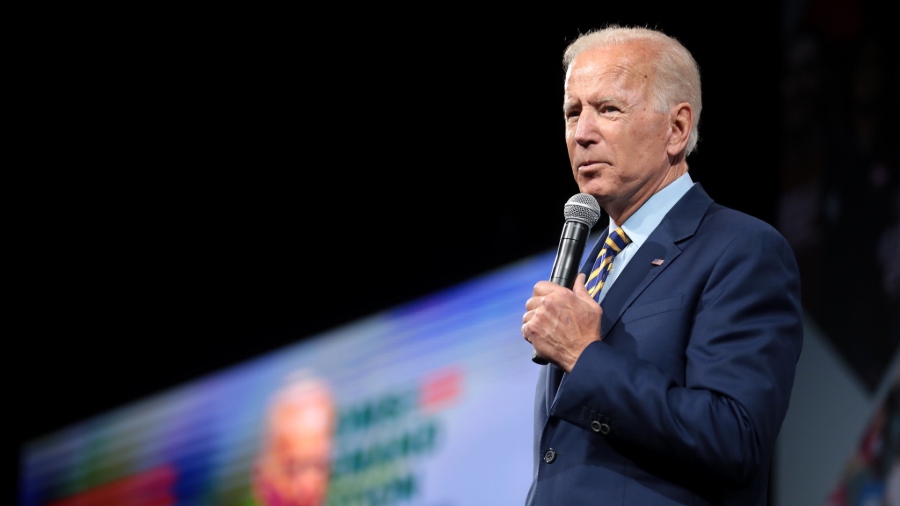 What goes through the mind of a parish priest when a powerful political figure in full campaign mode makes an unexpected Sunday visit to your church?

Here’s the scene. The politician is a lifelong Catholic, the former Vice President of the United States, and he’s running for the highest office in the land. Lately he’s moved further left in his pro-abortion stance, reversing his support for the Hyde Amendment.

Many parishioners belong to his political party. A certain percentage accept his stances on hot-button social issues. Yet your priestly spiritual convictions arrive at this firm decision: I will not be able to serve Joe Biden Holy Communion at Mass.

Would you feel any pressure if this was you?

This isn’t hypothetical. The priest was Father Robert E. Morey of the Saint Anthony Catholic Church in Florence, South Carolina. Father Morey told the Florence Morning News that he’d denied Biden communion because “any public figure who advocates for abortion places himself or herself outside of Church teaching.”

He explained, “Holy Communion signifies we are one with God, each other and the Church. Our actions should reflect that.” Father Morey said in an email to the Florence news outlet, “As a priest, it is my responsibility to minister to those souls entrusted to my care, and I must do so even in the most difficult situations. I will keep Mr. Biden in my prayers.”

As an ordained Baptist pastor, I am no expert on Catholic Canon law. I do recognize courage when I see it, though. Father Morey chose the harder road. He spoke truth to power. Joe Biden had a spiritual decision to make: He could repent of his personal and public sin of promoting the killing of preborn babies. He could go to Confession. Then, and only then, could he present himself for Holy Communion.

What Would Ambrose Do?

Father Morey’s moral courage reminded me of someone in my study of Church history. Ambrose (340—397) was Bishop of Milan, Italy. His ministry collided with Roman Emperor Theodosius, the last emperor to rule over both the eastern and western halves of the Roman Empire. He was known for fighting barbarians and the heresy of Arianism.

In 392, Theodosius went to Milan to pray. The emperor proudly rode into Milan as the conqueror of several recent rebellions and uprisings. Ambrose opened the church doors to meet the approaching imperial entourage. Theodosius was confident of getting a warm and regal reception.

Ambrose, however, had heard something very disturbing concerning his emperor’s recent actions. Two years earlier, in a fit of rage and revenge, a commander of a Gothic mercenary force stationed in this town had been killed by the locals. In retaliation, Theodosius had ordered seven thousand civilians murdered. It was a bloody massacre.

Knowing this, the Bishop of Milan stood at the church doors and refused Theodosius entry. Wrapped in his purple robe, standing before God and his congregation, Ambrose thundered, “Stand back! A man defiled by sin, and with hands imbrued in blood unjustly shed, is not worthy, without repentance, to enter within these sacred precincts, or partake of the holy mysteries.”

Theodosius, one the most powerful men in the world, stood condemned as an unrepentant sinner. Ambrose continued, “How will you who in your rage unrighteously poured forth so much blood lift to your lips the precious Blood? Begone.”

Time tortured the emperor as the months slowly crawled by. Finally, pitifully, he declared, “I will go [to see Ambrose] … and accept the disgrace I deserve.”

It’s an amazing story in Church history, from the emperor’s sin to his humble repentance and acceptance of his Bishop’s decree. The emperor later reflected and stated, “It is not easy to find a man capable of teaching me the truth. Ambrose alone deserves the title of bishop.”

The Difference Between the VP and the Emperor?

Fast forward to the present day. Joe Biden spoke to Judy Woodruff, PBS NewsHour anchor, about Father Morey’s refusal to let him share in the Eucharist. “He went to the press about it. And it’s not a position that I’ve found anywhere else, including from the Holy Father, who gives me communion.”

Thus Joe Biden threw the priest (and the truth) under the bus. He even pulled rank by declaring, “… the Holy Father, who gives me communion.”

Theodosius’s humble repentance did him much good. More than that, his example taught the entire Roman Empire a lesson on humbling oneself before a Holy God.

Ron F. Hale has served as pastor, denominational leader, and religion writer. He serves on the SBC Executive Committee in Nashville and interim pastor in his hometown of Jackson, Tennessee.