What Could Make These Scholars Think Christians Would Celebrate BLM’s ‘Spiritual Diversity’? 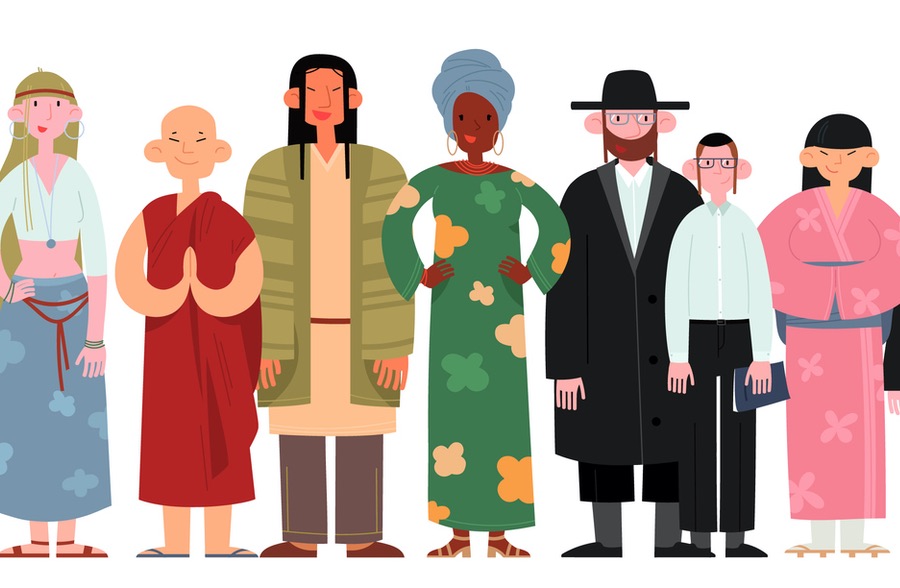 You’d have to look hard to find anything to match the inanity. A pair of religion scholars want to tell us, “Despite what conservatives think, Black Lives Matter is an inherently spiritual movement. Therefore, they say, it’s wrong to attack it as irreligious, unspiritual, or wrong.

Our estimable scholars want us to quit considering BLM “incompatible” with Christianity, because it’s backed by “diverse faith leaders and groups.”

And how does one describe a statement like that? I don’t want to be overly blunt about it. That is, I don’t want to be, but I don’t know how to avoid it. This is nothing but sheer scholarly stupidity. (Either that, or the other possibility I’ll return to near the end here.) Christians are supposed to be happy with spirituality coming from “diverse faith leaders and groups,” they think? But how could that possibly be?

Somehow it escaped these authors’ attention that Jesus Christ delivered his strongest criticism against “diverse faith leaders and groups.” Their religion was false, Jesus said. It led away from truth and into death. So He opposed it. This conflict theme is absolutely central in Christ’s ministry, even to the point that from an earthly cause-and-effect perspective, it’s the main thing that led to their crucifying Him. So now are Christians to celebrate that which Christ condemned all the way to the Cross?

The whole crazy article is crowded with nonsense on that order. “We are actually seeing more religion, not less,” says one scholar, implying it’s a good thing. What’s bad, apparently, are attempts to “erase the rich religious landscape of Black Lives Matter.”

“Erase” the “religious landscape”? No. Contradict, disagree, dispute, call out as wrong? Definitely! To follow Jesus truly is to bear witness with Him to the truth, the Truth that is He Himself. “I am the way, the truth, and the life,” he said (John 14:6); and in case that wasn’t plain enough, he added, “No one comes to the Father but by me.”

Jesus was no pluralist. How could He be, in light of the cross He would die on? Christians cannot be pluralists. Not rationally, anyway. I know that some are, but they’re not thinking it through — even though it’s not really very difficult.

To be a Christian means believing in Jesus. Period. Not opining that He’s optional, since the universe has a whole list of fine ways for us to live well and reach a good final outcome. Jesus being just one of them.

What would that mean for our belief in Jesus’ Incarnation as the Son of God, born for us as a helpless infant? Oh, it was awfully nice of Him, but not necessary. His teachings? Okay, but you can pick and choose what you like. His unjust trial, His brutal torture, His death on the Cross? That’s just another case of nice, but not really necessary.

Can anyone think that’s even remotely possible? That God’s Son suffered all that for us, but He doesn’t mind much if we pick some other “equally valid” way to get right with the universe? (Pluralists do like to talk about “equally valid,” as if validity were the same as truth.) That it’s up to us to decide? That it depends on which one we like better?

I’m sorry, but that’s a humanly impossible position to hold. You can deny Christianity’s core completely — Incarnation, Crucifixion, Resurrection — or you can embrace it as the one utterly non-optional truth. You can’t do both at once.

The crazy thing now, of course, is that there are some who say the only “Christian” attitude is pluralism — even though you can’t be a pluralist without denying everything at the heart of Christianity. What you can do, though, is be a good BLM advocate. Earlier I said this article was either “nothing but scholarly stupidity,” or else some other possibility. Something more, some payoff motivating them to pump this patent nonsense.

I could speculate on all kinds of “somethings” as possible payoffs, but one jumps straight to the forefront. It’s the bandwagon, obviously. Given a choice between thinking well and having others think well of you, which would you choose? Which did they? I imagine they’re hearing much applause for putting us Christians in our place, and for propping up BLM’s supposedly superior spirituality.

Don’t think, though, that this is only about BLM. Satan, the enemy of our souls, is content with any sort of supposedly superior spirituality taking the place of Christ in our lives. He’s just as happy with bland, unthinking, unreflective, Christ-ignoring civil religion as he is with fiery, unthinking, Christ-denying irreligion. He only hates it when men, women, and children love the Lord their God with all their heart, soul, mind, and strength.

Still there’s something even more ominous in BLM, if you ask me. It’s the violence coupled with the pretense at virtue, pretense that includes its false, pluralistic spirituality. So don’t be taken in. Stay off the bandwagon. Use your head. And keep following Jesus Christ.