Sheep and Lions at Uvalde 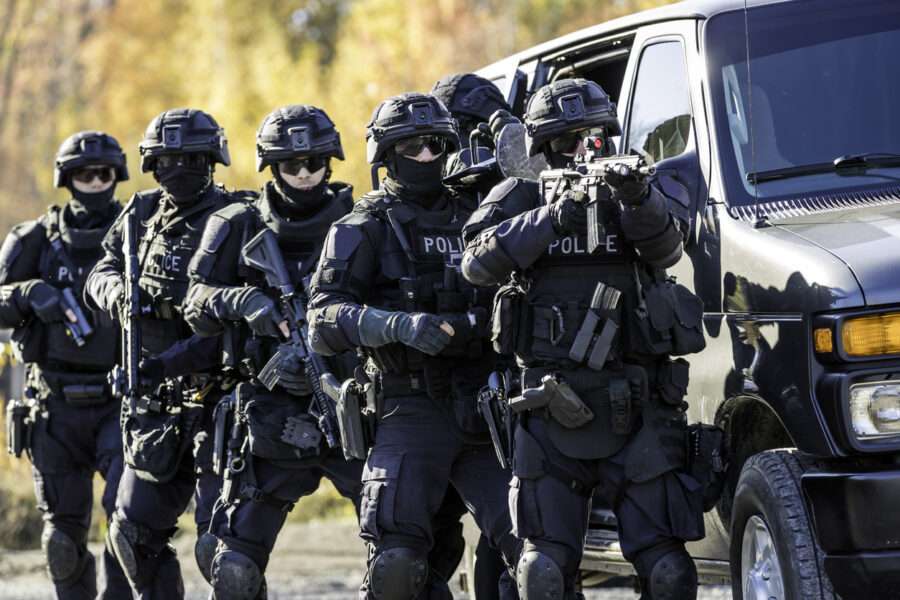 On May 24, 2022, a very troubled teenager, Salvador Ramos, entered Robb Elementary School in that south-central Texas town and proceeded to kill 19 people (17 children, two teachers) and wound another 17 with an AR-15. For an hour and 14 minutes, Ramos remained at large — despite a literal army of law enforcement, totaling 376 personnel, in and around the school. The Uvalde city fathers tried to spin their (in)action as “heroic” early on. But the full video of the fiasco, and the official report released yesterday by the Texas Legislature, say otherwise.

The Video: How It Started

I watched the entire video over the weekend, and was struck by the banality of ineptitude. And, indeed, cowardice. At 3:23 into the feed (11:31 Central Time), we can hear the 911 call from a teacher. She says “He is shooting.” Then 22 seconds later, we hear shots and the teacher screaming at the kids “get in your room.”

At this point the video feed switches to another camera across the street, showing the outside of the school. Ramos must have opened fire from outside. Then at 4:38/11:32, Ramos enters the school through an open or unlocked door.

Immediately after the feed switches to the inside, and Ramos enters, clad all in black, long black hair, AR-15 in hand. He goes down the main hallway, then begins firing into a classroom on the left at 5:04/11:33. At this point a graphic appears top left of the screen: “Editor’s note: the sound of children screaming has been removed.” Many more bursts of fire, then single gunshots, follow. This goes on for three minutes.

Police arrive at 7:40/11:36, while Ramos is still shooting, from both ends of the hallway. They advance to the outside of the classroom holding the shooter, then do nothing. At 8:39/11:37 Ramos fires several more times — and rather than go in to take him out, all law enforcement personnel beat hasty retreats. More gunshots can be heard over the next several minutes.

But the cops do nothing except take up tactical positions on either end of the hallway. Over the next hour, more and more arrive. School district police, Uvalde cops, sheriffs, Border Patrol Tactical (BORTAC), at least one Texas Ranger. Eventually National Guardsmen show up. But no one does a damn thing to rescue the kids. Despite Ramos firing again and again. And LE are armed for bear. Not just with pistols, but with AR-15s, M4s, Sig Sauers.

Hurry Up and Wait

At 23:56/11:52, sheriffs in tactical gear bring in shields. But no one uses them to advance into the classroom where Ramos is holed up. They simply set them up at the end of the hallway, out of harm’s way. Another feed is inserted at 35:58/12:04, that of Officer Gazaway. But all that does is wander back and forth between LE enforcement contingents. Which simply shows how much force, but how little willingness to use it to save children’s or the teachers’ lives, was to be found among all those men that May Day in Texas.

How It Finally Ends

Finally at 52:49/12:21, three more shots ring out. And the mass of armed men do … nothing. Just over an hour into the feed, at 12:30, we see a sheriff avail himself of the hand sanitizer dispenser on the wall. Although to be fair, he was not even armed. About the same time, the cop who had been shown on his cell phone says, “She’s not responding.” Presumably this was the officer whose wife was a teacher in the school.

At an hour and 9 minutes in/12:38, a NG soldier appears with a Barrett MRAD sniper rifle, the U.S. military’s state-of-the-art weapon for taking out enemies at a distance. So why is he in the school hallway with it?

FINALLY, one hour and 21 minutes into the video feed/12:50, we hear shouts and gunshots as several BORTAC personnel enter and kill Ramos. An hour and 18 minutes after he first opened fire, and an hour and 16 minutes after he entered Robb Elementary and began slaughtering children.

After-Action Report: Only One Villain?

At the moral level, the report condemned LE for having “failed to prioritize saving the lives of innocent victims over their own safety.” But it then tried to sugarcoat their cowardice by stating that “other than the attacker, the Committee did not find any ‘villains’ in the course of its investigation.”

Violating Your Oath Makes You a Villain

I guess that depends on what your definition of “villain” is. Most of us expect police to go into harm’s way for citizens — especially if they are children. (Ironically, it’s leftists who seem to disagree.) According to the “Code of Ethics” of the Texas Police Association, the “fundamental duty” of a law enforcement officer is “to serve the community, to safeguard lives and property, to protect the innocent.” I’d say that anyone who takes such an oath and violates it is indeed a scoundrel, an anti-hero — a villain.

A very good friend of mine is a cop. He pointed out that while department policies and protocols may vary across America, the directive for any active shooter situation is “to walk over bodies, if need be, and take out the shooter.” In the final analysis, he told me, the issue is this: “are you willing to lay down your life to save some kids?”

Alas, many of the LE that showed up at Uvalde were nothing but heavily-armed sheep. Thank God a lion finally emerged to lead them into action. Steps must be taken to ensure that, should another Uvalde situation arise, there’s a clear chain of command — with a lion at the apex — to protect the defenseless lambs. Otherwise, the cowardly sheep will simply mill about, letting them die.