She Loves Out Loud: There’s Nothing More Powerful Than Prayer 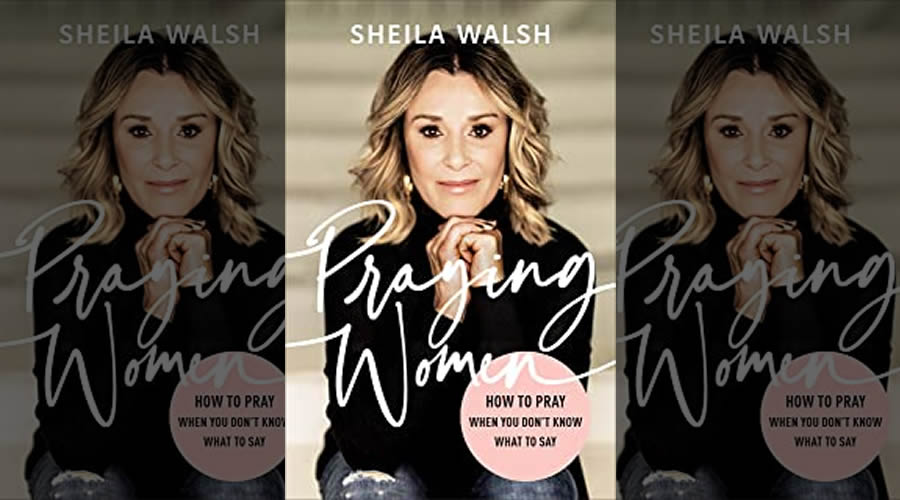 Faith leader and author Sheila Walsh, a host at LIFE Today, lay in an MRI tube, wondering if she had a serious condition. Doctors were concerned that her massive headache was a sign of a brain aneurism. She was afraid, but she prayed. “Lord, it looks like I’m going in alone, but I know I’m not. I know you’re going in with me. So all I ask is for your will to be done. If something is about to go really wrong here, I know you will be as faithful to [my husband] and to [my son] as you’ve been to me.”

Years ago her prayers would have been different, she recently told The Stream. She would have begged God not to let her get sick. Now her prayers reflect her heart’s desire: “What I want now more than anything is I want Christ to be glorified through my life, whatever that looks like.” Her MRI results came back normal. But she had assurance in the not knowing. “An answer to prayer … it’s great, but the peace and the presence of Christ is great, whether you get the answer you want or the answer you dread.”

God is not looking for perfection in our prayers, Sheila said. She explained that sometimes people hold back on praying because they think they don’t have the right words or they’re not good at prayer. Maybe they stop praying because they don’t get the answer they want, or they think God’s not listening. That’s not what God is concerned with, though. “He’s looking for our presence.” That’s important, because there’s nothing more powerful than prayer. “When God’s daughters determine to pray, I literally think all hell shivers.” She added, “When we pray, it’s like we’re joining our hearts and our voices with all of heaven. I can’t see it right now, but all around there’s a war going on. There’s a spiritual battle going on.” She wants every woman to understand the power of prayer in their own lives.

Sheila has recently written a book titled Praying Women, which will be released on February 4. She also has an upcoming book for tweens. “I want them to know when they’re 11 and 12 the power of prayer.” It’s a 60-day devotional for girls. Her heart is to build up women in the body of Christ, but recently her prayer has been for a revival across the nation. “I know a lot of people think our nation is shot, that we’ve lost our chances and that things are going to get worse and worse. But I’m thinking, ‘Well, Lord, you could … break through.’ So my prayer has become ‘Lord, start in me, revive me. … Revive women all around this nation.”

She Loves Out Loud

Sheila met Diane Strack last year when Diane invited Sheila to a meeting of women in Washington, D.C., to talk about prayer. When Sheila met the women there, she realized that they had the same thing on their hearts that she did. “They were all women show felt that the most underused weapon that God has given us is prayer.”

At their next meeting, on a ranch in Texas, the women prayed as a group for the nation. “And out of that we thought, you know, wouldn’t it be wonderful to be able to gather women from all across the country” to pray? To that end, Diane founded She Loves Out Loud, a prayer event for women that will take place on February 15. Churches, home groups and individual women are encouraged to join them in prayer.

Women from across the nation will pray for marriages and families, prodigal children, those addicted to drugs, mental health and suicide prevention, military spouses and other topics. Women involved include Carol Kent, Megan Brown, Judy Douglass and many others.

Sheila will host the event in the studio at LIFE Outreach International in Euless, Texas. The event will take place from 11 a.m. to 3 p.m. CT. It will be open to the public but space is limited. It will be a time, Sheila said, that “we can have this four-hour span where we just concentrate and pray.” Sheila is already amazed at how much God has done through She Loves Out Loud. “God opened doors that we couldn’t have opened. And I honestly think it’s just the beginning. Although it’ll be February 15 this year, I think it’s a movement that will grow because I really believe [prayer] is the one thing that will change and shake our nation.”

She added, “I believe that the strongest place to raise our voice is at the throne of grace and mercy. And so that’s my prayer: ‘Lord revive us.'”

For more information about She Loves Out Loud, or to register to attend the live event in Euless, Texas, see SheLovesOutLoud.org. Space is limited.

A Season of Answered Prayers