Did Shakespeare Predict the Muslim Conquest of Europe?

The Taming of the Shrew offers some ugly insights into Islamic theology and politics. 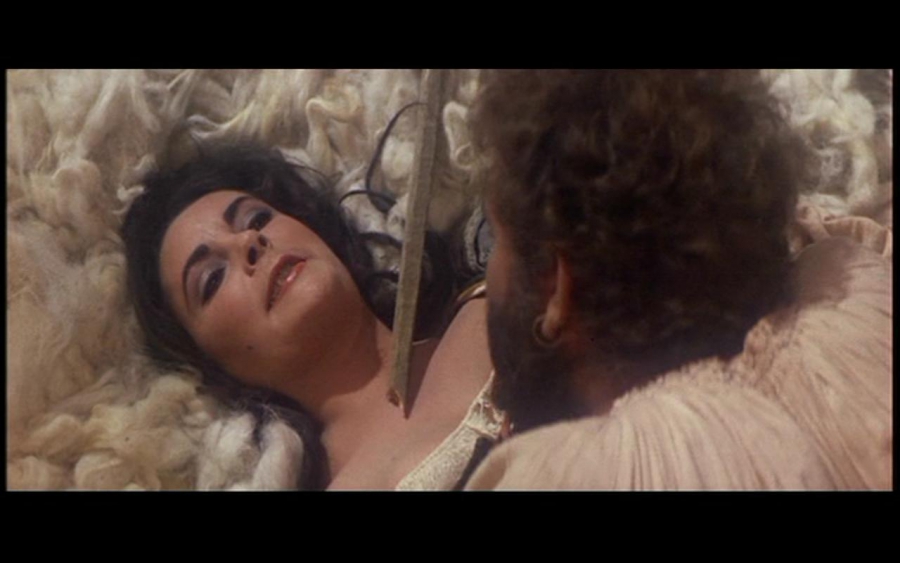 This weekend I learned first-hand that The Taming of the Shrew is not a good choice for a date movie. My girlfriend and I settled in at an arthouse theater for a Saturday afternoon screening of the lavish 1967 adaptation, starring Richard Burton, Elizabeth Taylor and Michael York. Shakespeare’s exquisite language, the stellar acting, the authentic Renaissance sets — we reveled in all of that. But while we each knew the basic outline of the plot, having read the play back in high school, we weren’t prepared for how appalling the story is. You don’t need to be remotely sympathetic with feminism to have the same reaction. In fact, it’s enough that you aren’t an orthodox Muslim.

While I don’t think Shakespeare was intentionally depicting Islamic marriage mores or the theology that inspires them, we can learn much about those (sadly urgent) issues from reading his play. And anyway, with Shakespeare, you can never really be sure he didn’t mean something. As scholar Ron Rosenbaum has observed, the Bard’s work is so rich that its meanings are inexhaustible.

Here’s a quick recap of the play, as interpreted in Franco Zeffirelli’s film production: Baptista Minola is a wealthy merchant in Padua who is constantly fending off suitors for his lovely and modest younger daughter, Bianca. Meanwhile his elder daughter, Katherina, is arrogant and domineering. She terrorizes the household — including poor, timid Bianca — and the father is desperate to marry the shrewish Katherina off. So he announces to the men who compete for Bianca that she will marry no one until a man has been found to take Katherina off his hands.

Hearing that, one of Bianca’s more ardent suitors meets up with an old acquaintance of his, the swaggering bully Petrucchio, who has just arrived in Padua in search of … a wife with a fortune. He is virtually penniless, and announces that he will take any woman, ugly or pretty, old or young, so long as she has a dowry large enough to set him up for life.

Petrucchio learns about Katherina and announces that he will win her — and collect her substantial dowry. And so he does. He struts in, is relieved to see that she is also young and beautiful, and by sheer force of will and masculine braggadocio, he wins Katherina’s agreement to their marriage. (Elizabeth Taylor’s acting slyly suggests that this sort of alpha male is what Katherina has always secretly craved but wouldn’t admit it.) So far so good. But then the story gets genuinely weird.

Shakespeare’s Petrucchio Acts Like a Muslim Husband — Or Allah Himself

Because Petrucchio isn’t finished. He doesn’t just want Katherina’s money or her company, but her absolute submission to his arbitrary will. This is exactly what Islamic theology teaches that Allah demands from each human soul; in fact the word “Islam” itself signifies “submission.” Islamic politics is predicated on the final conquest of the whole planet by Muslims, and the “willful submission” of every unbeliever on earth to the sovereignty of Allah, as exercised by his chosen people, the Muslims.

As Pope Benedict XVI reflected in his famous Address at Regensburg, citing the most authoritative Islamic sources, the orthodox Muslim concept of Allah rejects the idea that the deity can be bound in any way — not by reason, not by his past decisions, not even by his promises. He could at any moment choose to empty heaven and send all its souls to hell, and repopulate heaven with pagans and other sinners. This “voluntaristic” picture of the deity imagines a completely unpredictable, even capricious being, whose Will — not his reason or love — is the only ultimate principle in the universe. (Some nominalist Christian theologians also maintained this image of God, which sent out many ripples during the Reformation.)

Robert Reilly, in The Closing of the Muslim Mind, showed the real-world effects of accepting such a theological principle: It crippled Islamic science, as puritanical Muslim “reformers” decreed that laying down rationally knowable laws of nature was an act of blasphemy, a pretense that we can “chain” the will of Allah to predictable, causal patterns. Such an attitude, pounded into a population over centuries by its religious authorities, dried up intellectual curiosity and stifled empirical research. Pervez Amirali Hoodbhoy quantified the outcome in Physics Today back in 2007:

The 57 countries of the Organization of the Islamic Conference (OIC) have 8.5 scientists, engineers and technicians per 1000 population, compared with a world average of 40.7, and 139.3 for countries of the OECD.

Forty-six Muslim countries contributed 1.17% of the world’s science literature, whereas 1.66% came from India alone and 1.48% from Spain. Twenty Arab countries contributed 0.55%, compared with 0.89% by Israel alone. The U.S. National Science Foundation records that of the 28 lowest producers of scientific articles in 2003, half belong to the OIC.

How does Petrucchio make it clear that he doesn’t just want to make Katherina into an amiable wife, but a totally subjugated creature on the order of a robot? He puts her through a series of carefully calculated, almost ritual humiliations:

Katherina is increasingly beaten down by this behavior, and at last Petrucchio’s taming seems to have its intended effect, which is something halfway between “Battered Wife Syndrome” and “Stockholm Syndrome.” As she and Petrucchio travel toward the wedding, he engages in one final mind-game — demanding that she completely subordinate her will and reason to him, in whatever he says or does. The following exchange takes place at high noon:

PETRUCHIO
Good Lord, how bright and goodly shines the moon!

KATHARINA
The moon! the sun: it is not moonlight now.

PETRUCHIO
I say it is the moon that shines so bright.

KATHARINA
I know it is the sun that shines so bright.

PETRUCHIO
Now, by my mother’s son, and that’s myself,
It shall be moon, or star, or what I list,
Or ere I journey to your father’s house.
Go on, and fetch our horses back again.
Evermore cross’d and cross’d; nothing but cross’d!

HORTENSIO
Say as he says, or we shall never go.

KATHARINA
Forward, I pray, since we have come so far,
And be it moon, or sun, or what you please:
An if you please to call it a rush-candle,
Henceforth I vow it shall be so for me.

PETRUCHIO
I say it is the moon.

KATHARINA
I know it is the moon.

PETRUCHIO
Nay, then you lie: it is the blessed sun.

KATHARINA
Then, God be bless’d, it is the blessed sun:
But sun it is not, when you say it is not;
And the moon changes even as your mind.
What you will have it named, even that it is;
And so it shall be so for Katharina.  (Act IV, Scene 5)

Elizabeth Taylor conveys the decisive moment brilliantly with a single, complex facial expression — as if she has found the key to a baffling puzzle. From this point on, Katherina seems finally peaceful. She has made herself complicit in Petrucchio’s power-game. From that point on in the play she is absolutely, even ferociously obedient. The play’s “happy ending” consists of Katherina browbeating the other wives in the play for their failure to subjugate themselves to their husbands:

KATHERINA:
Thy husband is thy lord, thy life, thy keeper,
Thy head, thy sovereign; one that cares for thee,
And for thy maintenance commits his body
To painful labour both by sea and land,
To watch the night in storms, the day in cold,
Whilst thou liest warm at home, secure and safe;
And craves no other tribute at thy hands
But love, fair looks and true obedience;
Too little payment for so great a debt.
Such duty as the subject owes the prince
Even such a woman oweth to her husband;
And when she is froward, peevish, sullen, sour,
And not obedient to his honest will,
What is she but a foul contending rebel
And graceless traitor to her loving lord?
…
Then vail your stomachs, for it is no boot,
And place your hands below your husband’s foot:  (Act V, Scene 2)

That speech does not bring to mind St. Paul’s idea of a husband as a Christ-like head of the family, who is willing to die as Christ did for the salvation of His bride, the Church. (Ephesians 5) While Christians still argue fiercely over what St. Paul really meant there, it is clear that he never envisioned a wife completely abandoning her reason and her conscience, colluding (as Katherina does) in blatant lies out of mere obedience.

No this speech conveys something much darker: The purely human, prideful dominance of just the sort that Islam decrees for fathers and husbands over their daughters and wives, which when it is offended results in domestic abuse and honor-killings. And indeed, wife-beating is explicitly endorsed in the Quran, while “honor-killings” of women who offend Islamic notions of modesty are an epidemic in countries like Pakistan, and go mostly unpunished by law. When Elizabeth Taylor was delivering that speech, I could only think of those Muslim women who appear on TV in burqas or hijabs, insisting that Islam is “really” much more protective and fair to women than the decadent Christian West.

Go deeper, and you’ll see past the sexual politics back into the theology: Petrucchio isn’t just an image of a proper Muslim husband. He is also a figure of Allah, who doesn’t want our love or have any use for our feeble reason: He craves our total obedience, our blind submission to his mighty, implacable Will.  And that is what radical Muslims thronging into the West want from all of us, too. We can either submit to Allah himself by becoming Muslims, or submit to his earthly messengers by letting them take our countries under control, and impose on us the changeless, universal code imposed by heaven on all mankind, which they call Sharia.

Next time we go out for a Shakespeare date, we’ll look for something a little more uplifting … maybe Macbeth.

The Unexpected Answer to Islam: Evangelize!