Shackled: How a Sudanese Christian Escaped Death by Hanging — and Tells Her Story of Abuse, Genital Mutilation and Christian Persecution 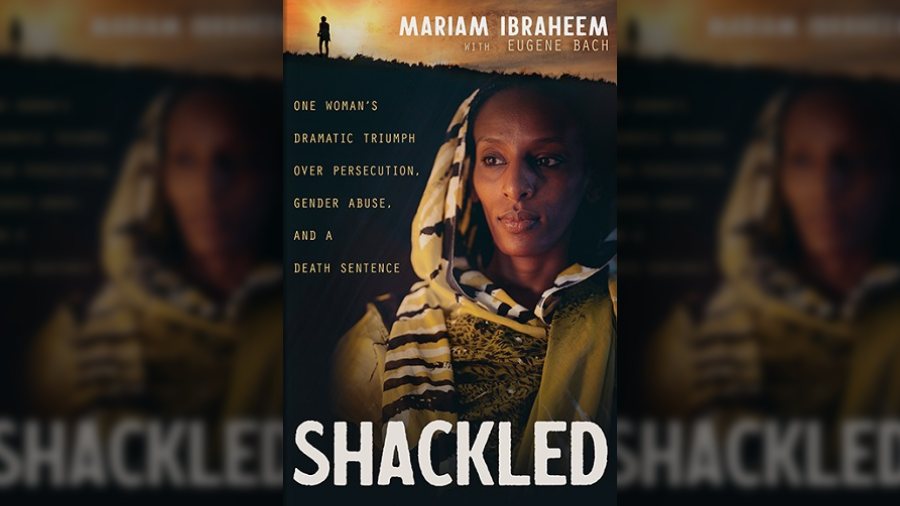 Mariam Ibraheem gave birth to her second child in a Sudanese prison, shackled at her ankles. She’d been kicked in the back by one of the guards and was in even more pain than she otherwise would have been. Mariam had been sentenced to 100 lashes and death row. The charge that stuck? Apostasy. She would not renounce Jesus or accept Islam.

Now Mariam tells her story in Shackled: One Woman’s Dramatic Triumph Over Persecution, Gender Abuse, and a Death Sentence.

Shackled details Mariam’s youth in the Twawa Refugee Camp in Sudan. As a small child, she thought she was going to a party. It turned out to be a circumcision “party,” where multiple girls were mutilated in one day. Although her mother was Ethiopian, Mariam’s father was Sudanese and a strict Muslim — and because he was a Muslim, Sharia law said that Mariam was Muslim.

A Gift From God

Mariam’s father, who abused her mother, Mariam, and her siblings, died when Mariam was young. Her mother raised her three children as Christians. Mariam’s faith was strong. “I would say [it was] a gift just from God,” she told The Stream. “I was trained by my mom to rely on God before anyone else, to be strong to rely on prayer.” Mariam’s mother was a prayer warrior. “She [was] a praying woman. She always pray (sic).” Mariam added that her mother was not afraid of anyone or anything.

Charged with Adultery and Apostasy

When Mariam was an adult, she fell in love with an American citizen — a Christian Sudanese man named Daniel. She and Daniel married in the church. They soon had a baby boy. When the authorities discovered that Mariam, a Muslim in their eyes, married a Christian man, they charged them both with adultery, because Sharia law did not recognize their marriage. That charge was eventually dropped, but Mariam was soon charged with apostasy, or leaving the Islamic faith. She was found guilty and sentenced to 100 lashes and death by hanging.

For months, Mariam kept her nine-month-old infant with her in jail.

As she was processed to enter the prison on death row, she discovered was pregnant with her second child. Sharia law allowed her to remain alive long enough to give birth and nurse her child until the baby was two years old. She effectively had a two-year stay on her death sentence.

Christian Persecution — and What Christians Can Do to Help

Mariam was persecuted for her faith and wants American Christians to know that even if they aren’t persecuted for their faith, they are obligated to stand up for those who face persecution. “As believer[s], as the church, we should offer prayer for the persecuted church. Please do that.”

After her miraculous release, detailed in the book, Mariam sat down one day to read the book of Acts with her children. “One day I stopped on Acts 12:5. So Peter was kept in prison, but the church was fervently praying to God for him. And I stopped for a second.” She began to cry. “How many prayers have been offered to God from the church for me? I’m not like Peter, but prison is prison, you know. Persecution is persecution. It happens in many different forms.”

Mariam co-founded an organization called Tahrir Alnisa Foundation. The name means “setting women free.” Their mission is to educate and support women who face religious-based violence (including Christians), domestic violence and to address how the church should respond to these issues.

Mariam asks all believers to pray. “Please pray for the persecuted church and do everything you can to support them. A lot of time[s], we go through the stories and go, ‘Oh, somebody else might do it. Why me?’ No, just whenever you are in a situation, just say, ‘God, please, this is happening now, this is bad. And I’m hurting. I feel hurt, bad, for my brothers and sisters. Show me what I can do to help.'”

Shackled: One Woman’s Dramatic Triumph Over Persecution, Gender Abuse, and a Death Sentence was released on March 8, 2022.

Worship Leader Releases ‘Pray for the Saints: A Song for Afghanistan’