Set Free: Gear Up Now for the Religious Liberty Battle of Our Lives 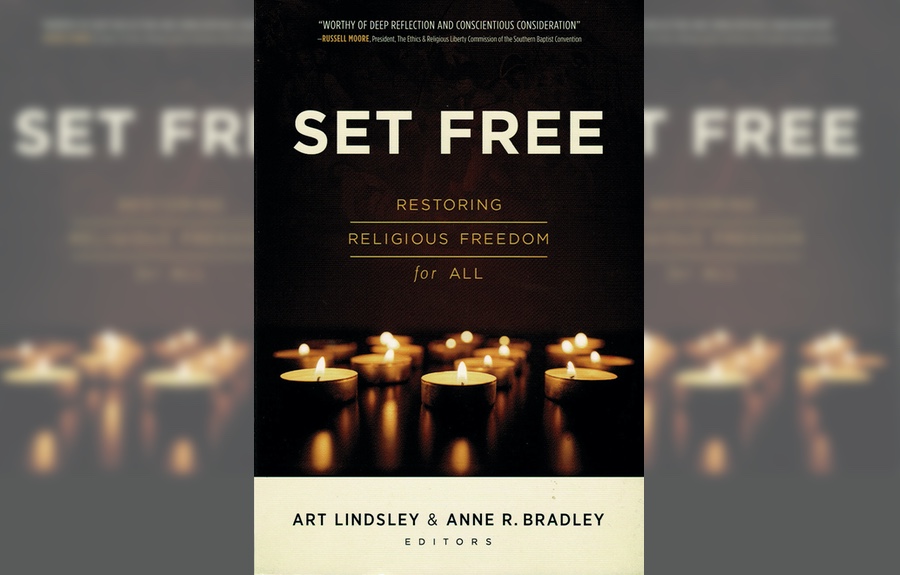 Our country was born on the promise of religious freedom. That battle was hard fought, around the time of the Revolution, but the victory was won. It’s heating up again now, like most of us never expected it could.

The cultural battle from 2000 to 2015 was mostly over homosexuality. That one didn’t have such a great outcome. This one looks likely to be tougher yet — “tougher” in the very real sense that we’ve got to toughen up for it. I hope that challenge invigorates you. We’ve got to take this one seriously.

Part of the reason the last cultural conflict came out the way it did is because not enough of us were equipped to to stand for the truth. Too few of us knew how to enter into the debate with enough knowledge to be persuasive among our own neighborhoods, workplaces, or even churches. We have got to do better this time. We’ve got to gear up to fight this one for real. I don’t apologize for using the language of battle, by the way: That’s how the other side is both viewing it and doing it. They’re bringing every possible weapon to bear in their fight against religious freedom.

So we’ve got to prepare. I realized myself several weeks ago that I wasn’t as ready as I should be myself. I need solid answers ready at hand for when secularists ask questions like, “Why should religion get tax breaks? Why should it be a ‘license to discriminate’? How do religious services like adoption agencies deserve government funding?? Why should policy-makers be allowed to let their religious beliefs influence their decisions?”

You need to be able to do that, too. Again: This fight will make the difference for decades to come, and it really is the toughest battle of the day for us who believe. It’s foundational for the rest, including racial issues, economics, politics, and more. So you and I both have to toughen up for it.

It’s a spiritual battle, quite obviously, so prayer is always the prime battleground. But spiritual battle takes place in the realm of ideas and arguments, too (2 Cor. 10:3-5).

So where do we begin? I asked that very question here at The Stream a few weeks ago, and Jay Richards advised me to read Debating Religious Liberty and Discrimination by Corvino, Anderson, and Girgis. It was a great suggestion and a great book, which I’ll undoubtedly feature here someday. But it’s not exactly starter level. It’s not academic level, either, but still, for most of us getting strengthened up for this battle, I wouldn’t consider it the best book to begin with. That’s hardly Jay’s fault; the better book that I have in mind now wasn’t released until last week.

Freedom is In Our Lifeblood as Christians

Set Free: Restoring Religious Freedom for All is a project of the Institute for Faith, Work & Economics. We feature the Institute’s work frequently here at The Stream, including articles by this book’s editors, Art Lindsley and Anne R. Bradley. This is the book I recommend to start you in your equipping to stand for religious freedom.

It’s the right guide to begin your studies with, for multiple reasons. First, it puts today’s controversies in long-term context. Following Os Guinness’s opening chapter, in which he sets forth the challenges and the stakes in the battle, the book turns to the foundations of freedom: the Bible. You won’t find much here that will persuade skeptics, except on one charge they bring against us, that Christianity is opposed to freedom. You’ll find that’s as far from truth as it could be.

The real value of these chapters, though, is in pointing our focus where it belongs. We who fight for freedom need to be fully convinced that such freedom is of the essence of our Christian faith. Which it certainly is.

Religious Freedom is In Our Lifeblood as Americans

The book’s second section moves more toward real persuasion. It thoroughly answers and corrects secularist misconceptions of religious freedom at our founding. Though the authors don’t shy away from the facts of early religious persecution in colonial America, that only provides backdrop for the liberty the Founders enshrined in our Bill of Rights. That liberty was never about mere separation of church and state.

The book’s third section argues for religious freedom on terms near to every politician’s heart: economic and social wellbeing. “Socialism and Marxism are demonstrably always bad for the poor,” writes Art Lindsley. As he explains, though, economic freedom never stands alone. Along with political and religious/moral freedom, it’s one of three essential legs to a three-legged stool of societal flourishing.

The following chapter continues on to explain, in a global context, how religious freedom is among the “bricks and mortar” of a just, livable, civil society.

The Current Attack on Freedom and the Common Good

The book’s final chapters focus on the attack as it’s being waged today. Here the author names names. That includes names of court cases, laws that have been enacted, and laws that are under consideration, which would seriously undercut our freedom if passed. Here’s where the real battle must be fought.

You Need This Book

So in all, the book explains where religious freedom came from, why it matters, and how you can explain it using both biblical and secular reasoning.

I needed this book. I needed it as part of my preparation for what we’re facing. But do not think I needed it just because I write columns at The Stream. I needed it because friends in our church small group have had questions. I run into questions and debates on Facebook and other social media. And these questions will only grow louder and more insistent over time.

I needed it, and I’m quite sure you need it, too. I’m very serious — in fact, our circumstances are very serious. You and I both need to get equipped for this battle. Set Free is a start — a very good one.

There’s at least one more recent release I haven’t had a chance to look at yet: Luke Goodrich’s Free to Believe. The more we all study and learn, the better.