Note to Senator Rubio: We Can’t Agree on the Common Good Without Common Ground 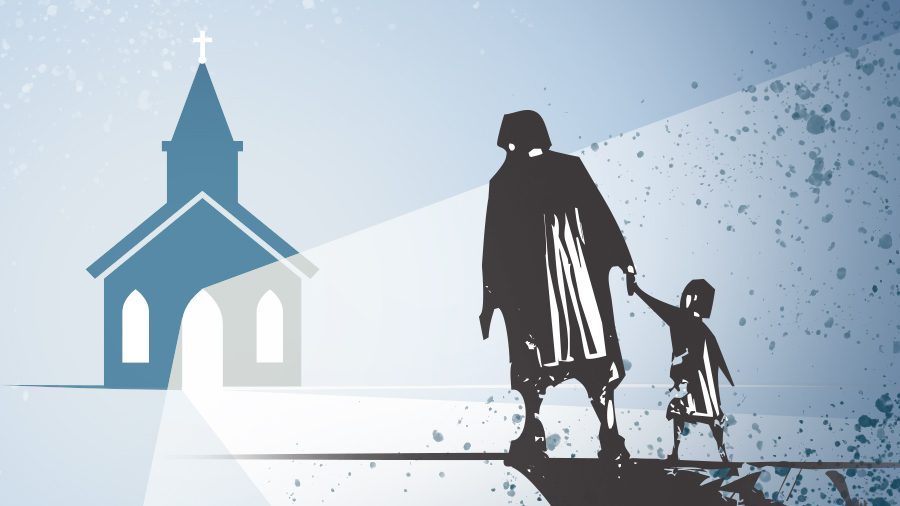 As I wrote last week, Senator Marco Rubio has raised some important questions about the social bedrock that makes a free society possible. Part of such a society is a free economy. Another part is strong families, and a vivid moral consensus. None, not one of our founders, not even Thomas Jefferson or Benjamin Franklin, thought the American experiment possible without all three of those things.

Even the Deist dilettantes who flitted among the vast bulk of Augustinian Christians knew a free republic couldn’t survive without religion. By which they meant Christian morals derived from natural law. That’s the law written on the human heart which anyone rational enough to believe in God can come to see makes sense — whether or not he has received the Grace to follow Jesus.

Can Our Government Today Do Much Good?

I offered some pushback to Rubio because he seems to think that the federal government, via economic policy, can offer meaningful help to promote the Common Good. In theory, in some situations, it could. For instance, in societies that shared a solid common ground. Whose courts acknowledged  some version of natural law — with the details and applications argued out in state legislatures and Congress. (Not imposed by five black-robed nihilists.)

Today, here in America? Zero chance. Zero. In fact, handing still more power to the government is likely to do more harm than good. If history holds true, the left will hijack the agencies deputized to promote our high-minded goals, and completely pervert them. You know the pro-family New Deal, which Catholic bishops helped write? Within 30 years the Democrats turned it into the amoral, ghetto-busting teenage fornication subsidies of the Great Society. Again, with the bishops’ support.

Want to boost the birthrate, a noble goal? Pass a law to that effect. Bureaucrats or judges will find a way to make that into a federal entitlement to fund in vitro conceptions. Frozen “extra” embryos and all.

Want to carve out special benefits for parents of large families? Those same benefits will have to go to lesbian couples, or polyamorous “throuples,” who adopt a bunch of kids. In Europe, welfare states’ “pro-family” policies support polygamous Islamist immigrants with four wives and 20 kids. Should every unmarried citizen have to underwrite all that with higher taxes? I sure don’t want to.

A Foundation Built on Sand

You can’t build the Common Good on a bubbling, toxic swamp. Nor in the No Man’s Land of a grinding culture war.

We can’t even lock down a national consensus to protect newborns from infanticide. Half the country follows a party that denies biological sex. Lacking the firm foundation in natural law that once served as a consensus, we shouldn’t throw sand into the gears of the economy to pursue a “Common Good.” We don’t agree on what the “Common Good” is. Nor even the meanings of words such as “common” or “good.”

A Myth of Catholic Social Teaching

Since Rubio cited Pope Leo XIII, many Catholic commentators got excited by his recent speech. Here perhaps, was a mainstream politician with some interest in “Catholic social teaching.” That’s the tradition of papal speculations about politics and economics whose modern phase Leo launched.

It’s a misleading name. There is a solid, consistent body of apostolic teaching on the nature and person of Christ. On the meaning and structure of marriage. On how to read and obey the Ten Commandments, and Jesus’ moral injunctions.

Want to carve out special benefits for parents of large families? Those same benefits will have to go to lesbian couples, or polyamorous “throuples,” who adopt a bunch of kids.

But there simply isn’t the same body of doctrine on politics and economics. As I’ve shown elsewhere, papal pronouncements on how we might best apply the body of Christian morals to economics and politics have been all over the map. That’s as you might expect. The papacy has been around for almost 2,000 years. And the underlying realities of economic and political life really do change in ways that divine and human nature don’t. Since “social teaching” is the specific, practical application of basic moral principles to current events? Apart from basic commands like “Don’t kill children for sexual convenience,” it’s not even a candidate for infallible pronouncements.

Popes All Over the Map

Some popes denounced slavery unconditionally. Others made room for it. Some called for the state to persecute Christian “heretics.” Others for it to defend religious freedom. Some popes denounced all lending at interest as usury. Others made room for it, and set up a Vatican bank that charges interest. Pope John Paul II endorsed a socially conscious form of capitalism. Pope Francis’ Vatican? Its highest authority on Catholic social teaching, Bishop Marcelo Sorondo, said that Catholic social teaching is best implemented today … in Communist China. Much better than the wicked, individualistic United States. Pope Francis never corrected him. So that’s the official Vatican position.

Stop and think about that for a moment. Let it roll around in your head. Imagine the implications. Now remember them every time you hear Pope Francis offer his opinion on any subject whatsoever. His preferred end-state is closer to China than to the U.S.

The only sane conclusion? When people speak of “Catholic social teaching” as if it were a solid body of doctrine with concrete, consistent policies, they’re fooling themselves. Such a critter doesn’t exist. It’s a unicorn. You can’t reconcile John Paul II’s core economic ideas with Francis’. No Orwellian doublethink can square the circle, and it’s bad for your brain to try.

Popes Leo XIII and Pius XI denounced socialism, but advocated a government paternalism that put control of wages and prices in the hands of industrial and labor cartels. Thus all auto workers and automakers would work together in “guilds” to set “fair” prices and “just” wages together. No producer could opt out or compete at a different price. The goal? To offer each male worker a “just wage,” defined as enough to let his wife stay home and raise as many children as God sent them.

As these economists showed, papal “corporatism” was put to the test mostly by authoritarian or even fascist regimes. In country after country it produced stagnation. It’s easy to see why. Such corporatism muddles economic signals with moral imperatives. A more productive bachelor at your factory ought to earn less than a mediocre one with seven kids, for example.

Kevin Williamson pushed back much harder than I did, waving off talk of “the Common Good” as “unknowable.” And some Catholics reacted fiercely. Prof. Chad Pecknold of Catholic University, for instance.

Williamson seems to think of politics primarily as economic liberty. But as Senator Rubio, channeling Aristotle, has rightly asked, economic liberty for what end? Williamson takes that teleological question the way the nominalist Luther took all principled Catholic objections: as an occasion for name-calling.

“It’s quite something for a Catholic to consider the teachings of his own Church to be fascist on economics.” https://t.co/joF1cVM2A5

Both Ahmari and Pecknold objected that Williams used the f-word, “fascist,” which, without far more nuancing and dot-connecting, seems over-the-top. I suspect that Williamson read the same paper I did. As its authors note, the most important regimes that attempted some version of papal paternalism were the following.

Even Nazi Germany adopted, and perverted, the slogans of corporatism, demanding control over the (still-private) economy to serve the “racial Common Good.”

Are you seeing the theme here?

What Government Intrusions in the Economy Can’t Do

We should look to the goals and basic principles that popes have talked about in their writings on economics and politics. Not because they’re infallible, or perpetually binding. They aren’t. But most of them are wise, and reflect a coherent tradition of serious thinking. They’re grounded in biblical principles, sound Aristotelian logic, and the lessons of history.

But the particular nostrums that individual popes have offered for applying those core principles? Since we’re talking about public laws that affect even unbelievers, we need to be humble. We must judge popes’ plans on their merits.

And some of them proved misguided, such as Paul VI’s demand that Western countries hand great big pallets of their taxpayers’ money to Third World dictators. Wouldn’t you know, a lot of that money propped those despots up in power? Or ended up in their personal Swiss bank accounts. Instead, countries like Hong Kong, South Korea, and Singapore that freed their markets rose from poverty.

Free markets do that. That’s about all they do. If like me, you know that society lives on more than bread alone? Get busy trying to convince people of the merits of natural law. Hack away at the power of a godless, almost lawless government. Keep its hands off your kids, your guns, and your money. And don’t get “Utopia envy” compared to your leftist neighbors. They’re entitled to their earthly fantasy worlds, since they don’t believe in Heaven.

John Zmirak is a Senior Editor of The Stream, and author of Wilhelm Röpke: Swiss Localist, Global Economist (2000), among other books.