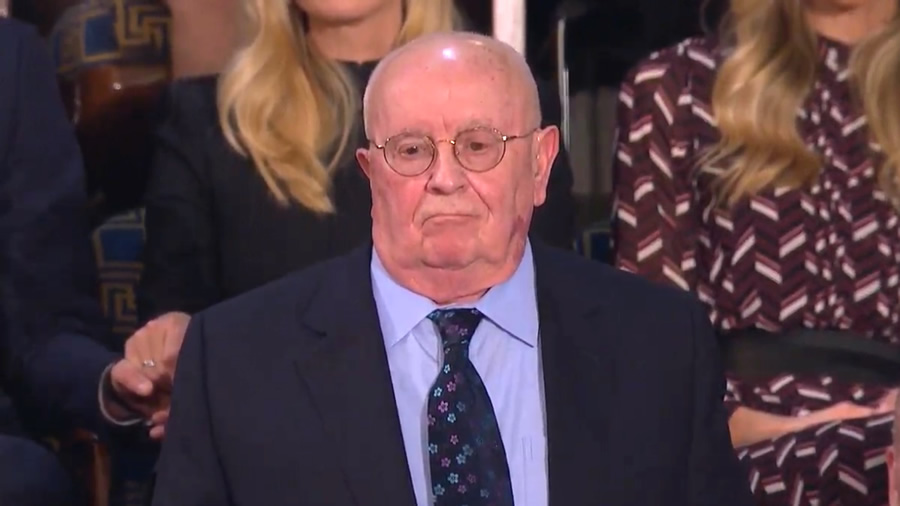 One of President Donald Trump’s special guests at his State of the Union speech tonight was Holocaust survivor Judah Samet. It was a somber moment as Trump recounted Samet’s narrow escape from the October shooting at a Pittsburgh synogogue. Then, somber turned to joy when Trump revealed that it was Samet’s 81st birthday.

In arguably the most touching moment of the evening, Samet received a standing ovation, followed by a hearty chorus of “Happy Birthday.” (And you thought Congress couldn’t be in unison on anything.) Of course, Samet made sure to say “thank you” before he sat back down.

Samet was just 6 years old when his family was taken to a concentration camp, but he remembers it vividly. Tuesday night, Trump shared the victorious story of Samet’s liberation:

Judah says he can still remember the exact moment — nearly 75 years ago, after ten months in a concentration camp — when he and his family were put on a train and told they were going to another camp. Suddenly, the train screeched to a very strong halt. A soldier appeared. Judah’s family braced for the absolute worst. Then his father cried out with joy, “It’s the Americans! It’s the Americans!”