The repudiation of dogma is the dogma of the left, and it has an interesting history. 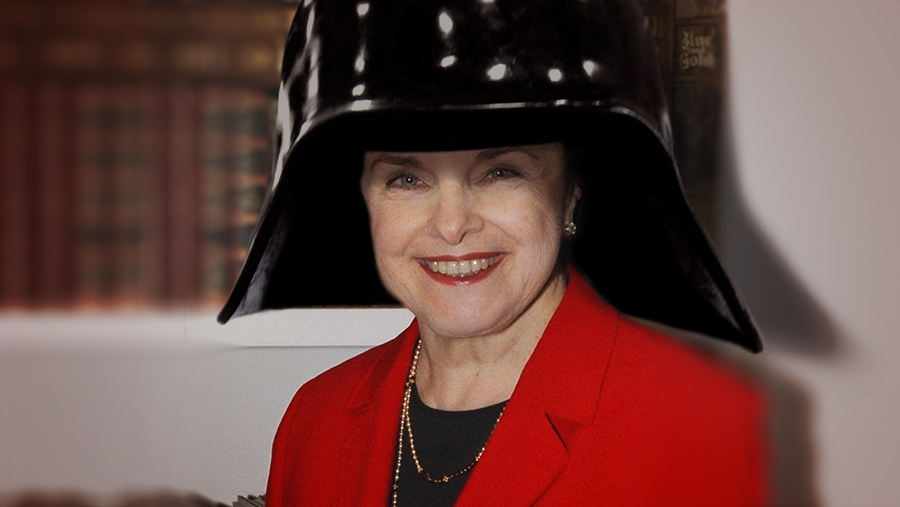 By Dwight Longenecker Published on September 26, 2020 •

Note: This afternoon at the White House President Donald Trump nominated Judge Amy Coney Barrett to be the next Associate Justice on the Supreme Court, replacing the late Ruth Bader Ginsburg.

“The dogma lives loudly in you.”

Senator Dianne Feinstein’s yoda-like rebuke of Amy Coney Barrett may well go down not only as her personal catch phrase, but as the slogan for the California senator’s entire army of comrades.

Dogma is defined as “a principle or set of principles laid down by an authority as incontrovertibly true.” As Barrett is a practicing Catholic, her dogma is the historic creed and moral teachings of the Christian faith. Feinstein’s fear of dogma is nothing new. In fact, the repudiation of dogma is the dogma of the left, and it has an interesting history.

Dogma, the idea that there is an authoritative truth, is the opposite of relativism, the concept that there is no such thing as truth, or if there is you can’t state it in a definitive way.

Rusty Reno’s recent book Return of the Strong Gods is an excellent explanation of the roots of relativism. The short version is that two world wars left Western civilization with a huge case of post-traumatic stress disorder. With heads in their hands, the thinkers concluded that we kill one another because of dogma.

The fact is, we cannot abolish dogma. All we can do is choose our dogma.

The thinkers traced the European wars and revolutions of the twentieth century back through the centuries to the religious wars that followed the Protestant revolution. They reasoned that it was religious dogma that was the problem. They concluded, “since dogma divides and leads to violence we must get rid of dogma.”

Reno draws from a range of philosophers, economists, social theorists, politicians, planners, theologians, sociologists and journalists to make his point. He shows how, across various disciplines, a consensus emerged that called for relativism rather than revealed truth, situational ethics rather than the dictates of moral theology, multiculturalism instead of nationalism and toleration rather than bigotry.

The political version was democracy, the economic version was open markets and the spiritual vision was the sentimental, pastoral, ecumenically minded, interfaith religion that provides an accompanying soft and gooey spirituality to the liberal dream.

Senator Feinstein’s fear of dogma is simply the post-war liberal consensus boiled down to a quotable quote. What is amazing is that very few people have stopped to think about the abolition of dogma by the intellectual elite. Do they have a case? Does dogma divide? Should it be banned? Shall we all hold hands and sing John Lennon’s Imagine?

In one sense, it is true that dogma divides because truth divides. Two plus two equals four and that divides those who believe in arithmetic from everyone else who believes two plus two equals some other number. Dogma is simply the statement of truth. As such, one could say dogma unites rather than divides. It unites everyone who wishes to follow the truth and divides them from those who wish not to.

Furthermore, those who wish to abolish dogma are the ones who end up being the most dogmatic.

The fact is, we cannot abolish dogma. All we can do is choose our dogma.

If all of us choose our own dogma, the question then arises, who is the authority for that dogma? Who says so? What is the source of authority? How do you know and where do you find it?

It is true that religious creeds, rules and regulations divide, but dogma itself should not. To understand this, one must first understand what dogma really is and how it relates to a lived Christian experience.

Christians believe their religion is revealed not relative. God’s truth is revealed in the person of Jesus Christ, and the Sacred Scriptures and the historic church are witnesses to that revealed truth. Critics of Christianity will deny and denigrate the stated truths of the Christian faith, but the particular dogmas Christians believe are not the core of the faith. They are simply the witness and articulation of the primary revelation of God in Christ Jesus.

All of us should fear a religion that is no more than rules and regulations and statements of belief. We should definitely be afraid of any religion that forces others to submit at the point of a sword, and we should rightly resist any religion that uses any kind of force to suppress or coerce others.

This kind of religion, however, is not true Christianity. True Christianity consists of a supernatural relationship with Jesus Christ that transforms a person from the inside out. It is not a forced intervention, but a kind invitation to a new kind of existence — one in which a person connects with all that is beautiful, good and true — and connects with a life that is abundant and truly free.

Fr Dwight Longenecker is a Catholic priest working in South Carolina. His new book Immortal Combat-Confronting the Heart of Darkness explores the roots of unrest in our contemporary world.