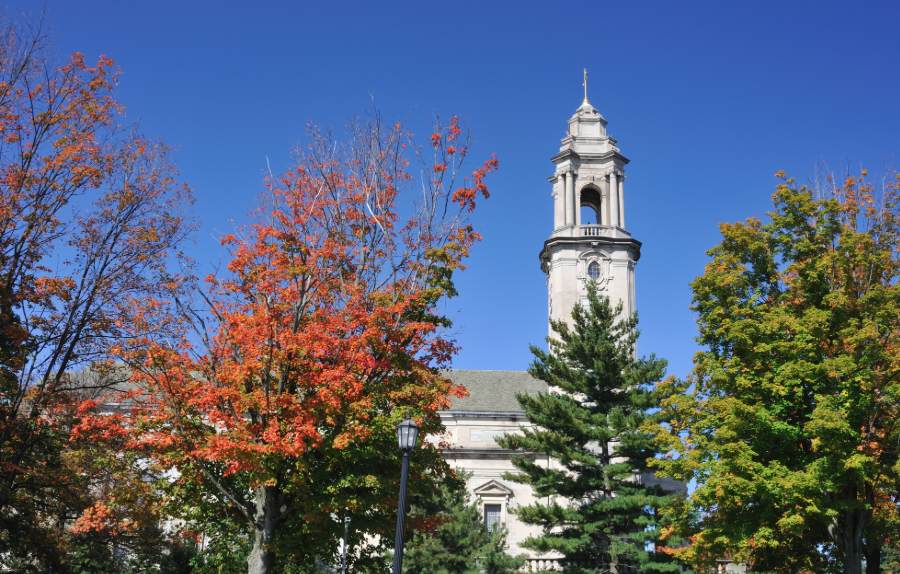 A view of St. Charles Borromeo Seminary, in Wynnewood, Penn.

You see, this Notre Dame study is a good news, bad news situation. The good news is that only 6% of seminarians surveyed reported sexual harassment. The bad news is that less than half the seminaries in the U.S. participated in the survey. The problem is: we don’t know which half is which.

My organization, the Ruth Institute has a special interest in this study. These results are completely consistent with the results of Fr. Paul Sullins’ second report, Receding Waves: Child Sex Abuse and Homosexual Priests since 2000. Fr. Sullins is no slouch. He holds a doctorate in sociology and taught at Catholic University of America. He finds that recently ordained clergy are less likely to be abusers, and less likely to have male victims. Priests ordained within the last 10 years of his data collection are more likely to be orthodox, faithful and chaste. So, the Notre Dame findings are fully consistent with Fr. Sullins’ findings from a very different set of data. The young guys are good guys. Good news, for sure.

But don’t break out the bubbly. We still got problems.

Not Even the Courtesy of a Reply

You see, the Notre Dame researchers are serious people, doing serious work. They made good faith attempts to include all the seminaries and houses of religious formation. When some didn’t respond, the McGrath Institute at Notre Dame went the extra mile. Their Executive Director, Dr. John Cavadini, wrote letters to U.S. bishops, archbishops, cardinals, and superiors of religious orders. He told them about the study. He asked that they grant permission to participate in the study to their seminarians.

It is hard to believe all these schools didn’t know about the request.

Do you think the institutions that tolerate sexual activity, voluntary or otherwise, would be eager to encourage their men to participate in a survey about sexual activity and harassment? A school with a corrupt rector, or a diocese with a history of tolerating sexual acting out in the clergy, do you think those are the places rushing to tell Notre Dame, “yes, oh yes, you can ask our students anything?”

I’d love to know. I’m thinking you would too.

Now, I’ve done social science research. Promising confidentiality to participants is standard protocol. The professionals at Notre Dame are not going to reveal which schools participated.

If they don’t answer a simple “yes or no” question, we have every right to draw our own conclusions.

The students who participated in this survey sound like fine young men. But what about the other half of our seminaries?

At the same time, those seminaries that did participate can claim “bragging rights.” They could say, “We released a list of our students for the Notre Dame research team to contact and invite to participate. We encouraged our men to cooperate.” This would be no violation of any confidentiality agreement or of anyone’s privacy. This would be perfectly ethical.

The students who participated in this survey sound like fine young men. When asked to volunteer suggestions for improving seminary life, they wanted their schools to provide stronger formation in chastity. But what about the other half of our seminaries? We have no way of knowing what is going on. Are they all corrupt? Just how bad are the bad schools?

Church authorities who have responsibility for seminaries, I call on you to address this question. If your men participated, we applaud you. Your men are an encouragement to us all. We thank you for them. We wish to help support you, and them.

If you don’t answer these questions, our imaginations are left free to roam. You will have only yourselves to blame if our suspicions increase.

Dr. Jennifer Roback Morse is Founder and President of The Ruth Institute which has produced two statistical studies of clergy sex abuse in the Catholic Church, “Is Catholic clergy sex abuse related to homosexual priests?” and “Receding Waves: Child Sex Abuse and Homosexual Priests Since 2000.”