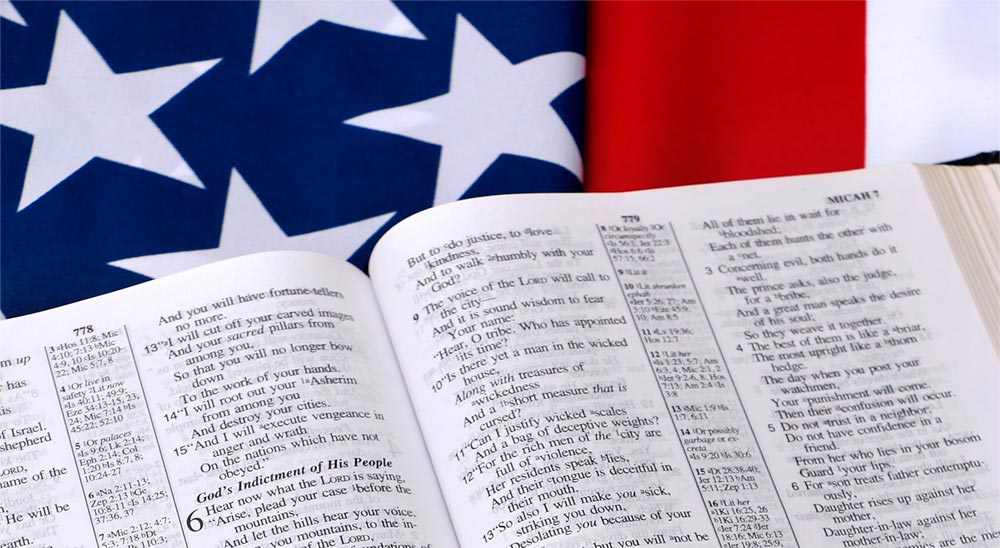 DUDLEY HALL — “Peter, an apostle of Jesus Christ, To those who are elect exiles of the dispersion … according to the foreknowledge of God the Father, in the sanctification of the Spirit, for obedience to Jesus Christ and for sprinkling with his blood.” (1 Peter 1:1)

The eloquent preacher was decrying the recent manifestations of secularism’s inroads into contemporary culture, exclaiming that we are now approaching a “post-Christian” era. I wondered when he thought the American culture was actually Christian. Maybe confusion over the real definition of what “Christian” means is a contributing factor to the rapid cultural movement towards a failing moralism.

This is not to devalue or dishonor the magnificent work the founders of this nation accomplished. They were no doubt highly influenced by Christianity. They understood that man was created with dignity and should be free from political oppression to explore his created purpose. With remarkable wisdom they formed a structure for society that would promote such freedom, and we who have been blessed with such an opportunity could never thank them enough. They believed freedom is worth sacrifice, and thousands of brave Americans have fought to retain that freedom.

But the American political structure is a far cry from the New Testament’s description of the word “Christian.”

For political and economic freedom to persist, people must be liberated from other types of bondage that move them toward selfishness and greed. Only the transformation that comes from knowing the resurrected Lord can accomplish such liberation. Living with guilt, shame, and fear ultimately drives people toward self-protection and conflict with others.

True Christianity offers real freedom and delivers forgiveness, cleansing, meaning and purpose. It replaces fear with love and empowers believers to act in the best interest of others. It is not primarily proclaimed as if it were merely a theory or a philosophy. It is a relationship with the living God through Jesus by the Spirit. It prepares believers to live in any culture as agents of a higher kingdom, not dependent for their success on being accepted by society. They accept the reality that, like leaven in dough, they infect whatever culture they inhabit.

The early Christians were surprised at the suffering they experienced because of their unique faith in Jesus as Israel’s Messiah and the world’s Lord. The unbelieving Jews were persecuting them for breaking away from depleted Judaism. The civil powers were afraid of any group that claimed another Lord than the emperor. The apostle Peter, true to his calling as an under-shepherd, wrote to encourage them by explaining the nature of the new reality in which they lived. He emphasized that, though their contemporaries had rejected them, God himself had previously selected them. They were truly the selected rejected.

Their real identity was not determined by nationality or public opinion. They were God’s people! The same Spirit that raised Jesus from the dead indwelled them. Death did not deter them. Persecution simply gave their faith a chance to show its eternal nature — something more valuable than all the gold in the earth. Abuse allowed them to show what real love is. They were not living for comfort, but for the glory of their king. They were assured that their brief time on earth was not the end of the story. Their inheritance was kept safe by heaven’s guard. Their wealth was guaranteed — but not measured by earthly standards. Because of God’s grace they embraced a life that previous prophets only partially understood. Angels longed to get a glimpse of this marvelous gospel of God’s grace.

Make no mistake. Such people will influence any culture they inhabit. They do not hide. They push darkness aside as their light shines. They are not fearfully waiting for escape. They care about their neighbors and the structures that affect their societies.  Some of them will be elevated by God into influential positions in the culture simply because he wants to bless his creation. Joseph, Daniel, Esther and many others are powerful examples of God doing exactly that.  The body of Christ, the church as a whole, begins to transform society and bring it to life.

Perhaps a better description of our current culture is “pre-Christian.” Because we care about the world we live in, we know that true Christians will bless their cultures. We can rebuild the temporary structures of society to reflect the permanent freedom granted to those who are redeemed by God’s gospel. But first we must hold forth God’s good news. It is not enough just to borrow some of Christianity’s values to seek limited political freedom. We need to exalt the God who not only created but redeemed his creation.