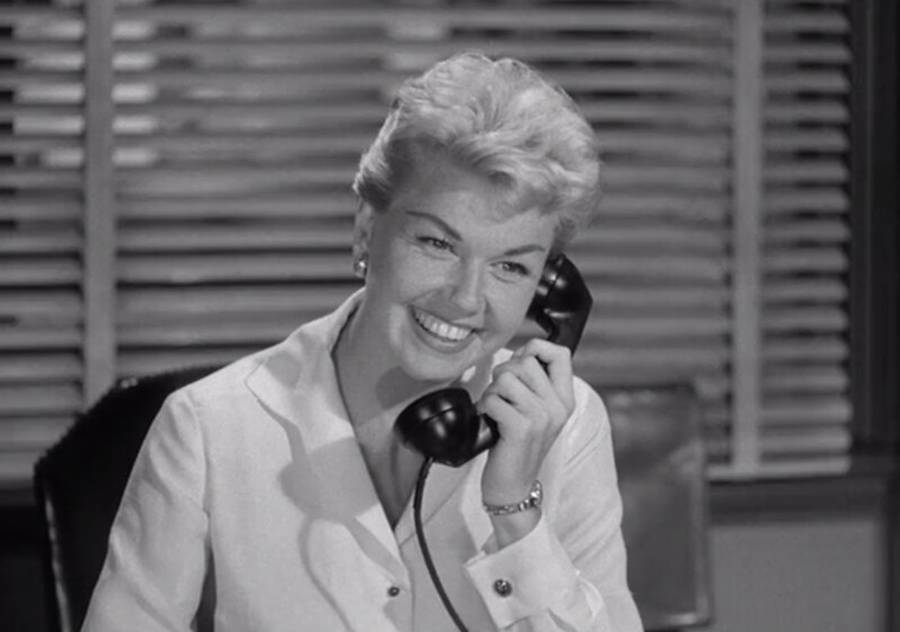 Entertainment legend Doris Day, whose wholesome image stood in stark contrast to the decadent presentations of the current generation of actresses, has died. Doris Day was 97 years old.

The blonde beauty with the honey voice and million-watt smile passed away Monday morning at her Carmel-by-the-Sea, California, home surrounded by close friends. Her Doris Day Animal Foundation said in a statement the actress “had been in excellent physical health for her age, until recently contracting a serious case of pneumonia.”

Day first found fame as a singer in the 1940s with hits like “Sentimental Journey,” which became an anthem for World War II troops pining for home.

Day was ranked as the number one female singer by Billboard’s annual poll of disc jockeys nine times in ten years (1949-1958), and would continue recording for decades. However, Hollywood was calling.

Day first moved into movies with the 1948 film Romance on the High Seas. Day’s subsequent musicals, comedies and dramas would made her one of Hollywood’s biggest stars in the 1950s and ’60s. In 1955, she stunned critics and film-goers with her dramatic turn as singer Ruth Etting in the drama Love Me or Leave Me. She would find her greatest film success in a string of romantic comedies, including her Oscar-nominated performance in Pillow Talk.

She turned down the role of Mrs. Robinson in the now-classic film The Graduate because she found the script “vulgar and offensive.” In fact, Day’s wholesome image would take a toll on her movie career as Hollywood gravitated toward more coarse material. She was mocked as “The World’s Oldest Virgin.” By the ’70s, her sunny persona would be considered passé.

In a very rare interview just last month, Day told the Hollywood Reporter that her favorite film was the western-themed musical Calamity Jane. “I was such a tomboy growing up, and she was such a fun character to play.” Here’s a taste.

Doris Day became a noted animal rights activist and in later years shied away from public appearances and the Hollywood spotlight. In fact, she turned down the Kennedy Center Honors because it would require her presence.

However, in 2004, Doris Day was awarded the Presidential Medal of Freedom by George W. Bush for her entertainment achievements and animal rights work. Said President Bush:

It was a good day for America when Doris Mary Ann von Kappelhoff of Evanston, Ohio decided to become an entertainer. It was a good day for our fellow creatures when she gave her good heart to the cause of animal welfare. Doris Day is one of the greats, and America will always love its sweetheart.

Doris Day’s signature song is “Que Sera Sera (Whatever Will Be Will Be),” a hit she first introduced in the Alfred Hitchcock movie The Man Who Knew Too Much in 1956.

Thank you, Doris Day. May we see your like again.

Why Apple is Shaking in Its Boots