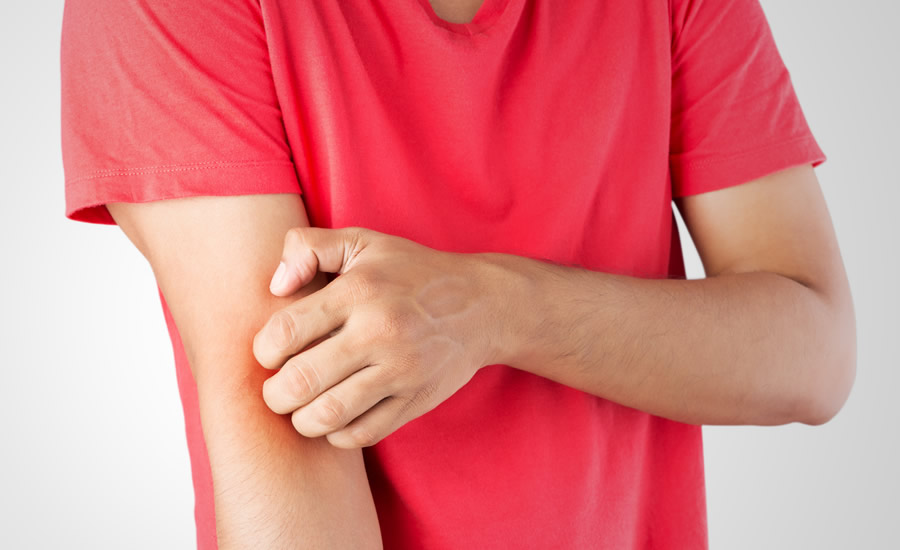 Recently, I have been bothered by a foot fungus like Ring Worm. It seriously itches! Finally, I consulted with a doctor and progress is being made. Also, I have learned something about an itch. It begs to be scratched, and it feels so good at the time — but it doesn’t help the cure. I first heard the term, “Adam’s Itch” from Alan Bias when he was referring to our tendency to gravitate toward the Law rather than the Spirit.

Since the shame of the Garden of Eden, humans have sought to regain glory by striving to live up to a standard of acceptance. That is what the apostle Paul called “flesh.” It is futile and egregious.

For the mind set on the flesh is hostile to God, for it does not submit to God’s law; indeed, it cannot. — Romans 8:7 (ESV)

It reveals a blindness to the depth of sin and gives rise to efforts to make up for our wrongs. Sin is much more than a violation of a standard. It is the choice to yield to the mastery of evil. We continue to sin because we are slaves to the evil power behind it. The existence of the Law is not sufficient to overcome it.

As I referenced earlier, an itch begs to be scratched. The Adam Itch is no different.

The tendency to rely on human efforts to qualify for blessings also reveals a misunderstanding about relating to God on the basis of Covenant. The “If you will obey, I will bless” concept from the Old Covenant is undoubtedly true. God cannot bless disobedience. If we either deny his order in life or ignore it, we will move into disorder. But obedience must be complete.

When it was evident that God’s vessels of mercy couldn’t fully obey, God instituted another covenant in which Jesus as our representative obeyed and received all the blessings of the fulfilled covenant. We are blessed in him alone. Our efforts to gain personal blessings apart from trusting him are dead works.

As I referenced earlier, an itch begs to be scratched. The Adam Itch is no different. People like to hear formulas for success based on something we can do. We love doing more and trying harder. We rush to listen to the newest sales pitch about how to get God’s favor by practicing a new approach to obedience.

The Fast God Has Chosen

One of the texts that many use as a formula for success is Isaiah 58. It addresses the people of Israel as they are practicing their worship activities with vigor. They are scrupulously doing what the instructions said regarding temple worship, including fasting and praying for guidance for their own direction. Yet, God is not responding.

They are perplexed. They have pulled the lever of religious obedience, and he is not delivering the expected blessings. They are practicing “Israel’s folly.” They have interpreted God’s selection of them as an end in itself. They are oblivious to the needs of the society around them. They evidently believe “God chose us for us.” Fasting was an extreme form of showing sincerity and zeal. They were serious about getting God to act in their behalf (much like alarmed Christians in today’s culture). They had chosen a severe fast, but it had to do with their efforts to qualify for God’s intervention. Through the prophet Isaiah, God explains that the fast he has chosen is not the same as the one they have chosen. He chose Israel to be vessels of mercy to bless those around them. He will act consistently with his own mercy towards the Israel that chooses that fast.

There was only one Israelite that chose that fast. He represented the whole people of God when he came as Messiah.

The Spirit of the Lord is upon me, because he has anointed me to proclaim good news to the poor. He has sent me to proclaim liberty to the captives and recovering of sight to the blind, to set at liberty those who are oppressed, to proclaim the year of the Lord’s favor. — Luke 4:18-19 (ESV)

The next time someone is offering to scratch your “Adam Itch,” refuse. It feels good for the moment, but it is inflaming the problem.

Since he met the conditions Isaiah had given in chapter 58, he gets the benefits mentioned in the remainder of the text. There are several “thens” listed:

Jesus lived with such blessings. The good news is that because we who believe in him are in him, we receive such blessings based on his obedience. Because Jesus fasted in this way, we can feast on his obedience. One of the blessings we get but can overlook is vitally important. We get to share his mission. We can’t just gather the blessings for ourselves like Israel was doing. He was our representative in covenant with the Father. We are his representatives on earth. We extend his mission by embracing our calling as vessels of mercy, sent to bless the world. We are blessed to bless. God loves those who still endure the curse of sin, so he has sent us with the love that captured us. The blessings continue to flow through us toward those in need.

The next time someone is offering to scratch your “Adam Itch,” refuse. It feels good for the moment, but it is inflaming the problem. There is no religious lever to pull. If you want to do something, focus on Jesus. Trust him. Delight in him. Look up and see those around you whom he loves and extend your hand to make the connection. The river of grace flowing through you to others will stop the itch.

A New Kind of Strength