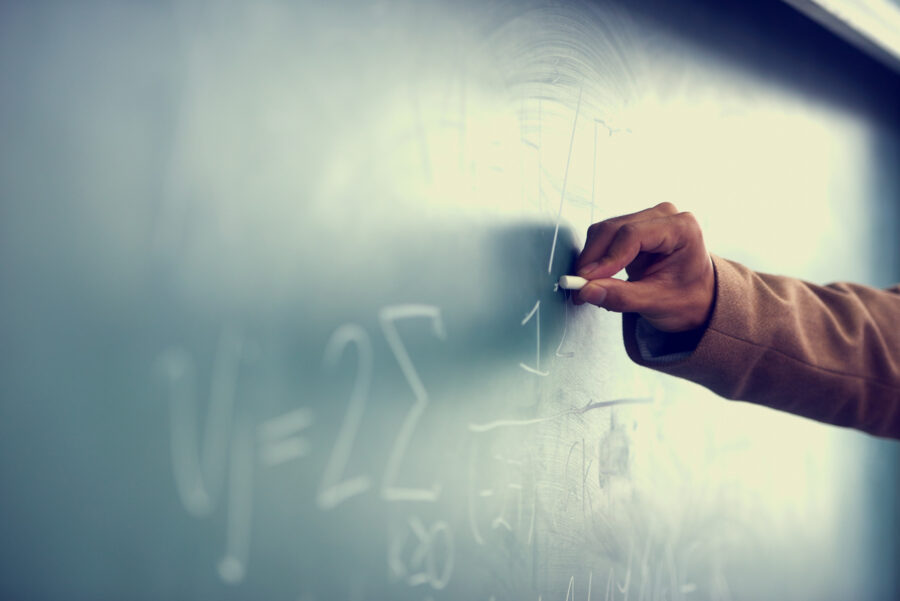 Saying two plus two equals four may now be problematic.

One of the key aspects of the left-wing cultural revolution that’s taken over America’s most powerful institutions is how it injects its politics and ideology into literally everything. That includes science, and now math.

Many states and school districts are embracing “woke math” for K-12 students, intentionally lowering standards and changing math curriculum to focus on attacking “white supremacy” and “paternalism” while denying objectivity.

There are at least some within these institutions now speaking out in opposition.

Hundreds of Distinguished Scientists Speak Out

A group of hundreds of distinguished quantitative scientists put out a public statement condemning the transformation of science and math curriculum.

“The growing list of 471 signatories includes four winners of the Fields Medal in math; two winners of the Turing Award in computing; a Nobel laureate in physics and another in chemistry; 25 members of the National Academy of Sciences; and faculty at Stanford, Berkeley, CalTech, MIT and every top U.S. university for hard science,” The Wall Street Journal reported.

In the statement, the scientists explain why woke math will not only erode American competitiveness globally, it will also hold many students back from achievement and success.

The scientists noted California’s new math curriculum framework being considered by the state’s department of education as particularly harmful. The 800-page document, based on dubious research, would further transform the California public education system into a series of social justice activist boot camps.

The new curriculum relies heavily on a program called “A Pathway to Equitable Math Instruction.”

“The concept of mathematics being purely objective is unequivocally false, and teaching it is even much less so,” a document for the program reads. “Upholding the idea that there are always right and wrong answers perpetuate objectivity as well as fear of open conflict.”

Under the new framework, coursework will be transformed to dismantle “racism” in math. What is an example of racism in math? Asking students to show their work, apparently.

Besides reorienting math instruction away from, well, teaching math to teaching students to be social justice warriors, it also calls for the elimination of accelerated programs for gifted students.

The group of scientists explained in its statement that the elimination of these programs would only superficially reduce disparities among students. In fact, the group noted, it may increase them substantially:

While it is possible to succeed in [science, technology, engineering, and mathematics] at college without taking advanced courses in high school, it is more challenging. College students who need to spend their early years taking introductory math courses may require more time to graduate. They may need to give up other opportunities and are more likely to struggle academically. Such a reform would disadvantage K-12 public school students in the United States compared with their international and private-school peers. It may lead to a de facto privatization of advanced mathematics K-12 education and disproportionately harm students with fewer resources.

The group of scientists also warned that by reducing the emphasis on subjects like algebra and calculus, they are dismantling the building blocks necessary for students to achieve future success in advanced fields.

While the U.S. K-12 system has much to improve, the current trends will instead take us further back,” the letter concludes. “Reducing access to advanced mathematics and elevating trendy but shallow courses over foundational skills would cause lasting damage to STEM education in the country and exacerbate inequality by diminishing access to the skills needed for social mobility.

Must Be a Complete Societal Rebuke of the Woke Ideology

The California Department of Education put its decision over the framework off until May due to the negative response.

It’s good that this growing list of scientists is speaking out about the issue. However, there must be a more complete societal rebuke of the ideology that brought us here.

When institutions go woke, they don’t necessarily go broke. After all, there’s a lot of power and money backing them up, including government money.

But what goes woke typically breaks, as ideology is put before measures of success and merit. That is essentially what’s happening with the wave of woke math. The expectation is now that students will fail, and that creating equity simply means lowering standards so that everyone feels like they are doing the same.

Declaring everyone a winner will surely make us all losers.

Our most powerful institutions are increasingly signaling that the path to success isn’t based on what you can do or the quality of your work. It’s all about your identity and commitment to preferred narratives.

The result will be a less competent and functional society in which you can’t trust your doctor to give the right diagnosis or an engineer to design a structurally sound bridge. We will become a country in which it’s assumed that your “elite” status is based on little more than commitment to ideology with nothing at all to back it up.

Not only will this create individual failure, but it will hurt the United States vis-a-vis our global competitors. Is the United States really going to maintain its technological edge when we are essentially failing huge numbers of Americans?

The Soviet Union collapsed because it created a society built of fear and lies. The woke takeover of our institutions won’t bring us utopia, it will bring us the same misery and failure.

Jarrett Stepman (@JarrettStepman) is a contributor to The Daily Signal and co-host of The Right Side of History podcast. Send an email to Jarrett. He is also the author of the book The War on History: The Conspiracy to Rewrite America’s Past.