3 Things We Know About the School Shooting in Maryland 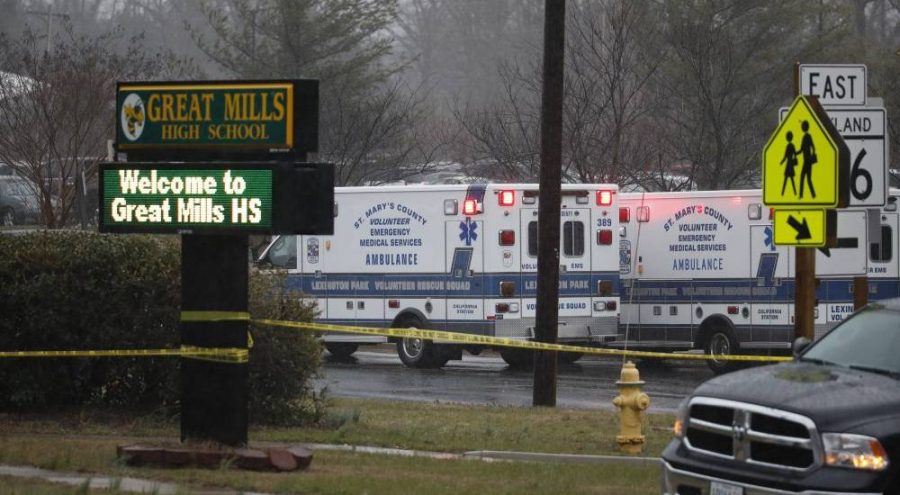 A headline all too familiar flashed across our screens Tuesday. Another school shooting, this time at Great Mills High School in Maryland. Many of us immediately feared a Parkland repeat. Thankfully, the shooting stopped almost as soon as it started. The shooter injured two students. The only person dead is the shooter himself.

We should thank God the shooting wasn’t worse. We should pray for the victims’ full recovery — one is in critical condition — and also pray for the family of the shooter. Next, we should examine the facts to determine how this happened. We’re still waiting for all the information. But there are a few things we know. Let’s take a look.

Authorities have identified the shooter as 17-year-old Austin Wyatt Rollins. Because of his age alone, he was not allowed to possess a handgun under state law. Even for adults over 21 in Maryland, the process for purchasing a handgun is rigorous. Here’s a summary of the steps required:

Gun control advocates frequently push waiting periods, extensive background checks and mandatory training. But in this case, they did not prevent a 17-year-old from obtaining a 9mm Glock and bringing it to school.

Maryland State law bans certain “assault weapons,” along with magazines which hold more than 10 rounds of ammunition. What qualifies as an illegal assault weapon under Maryland law? If it’s a semi-automatic rifle with detachable magazines, it cannot contain two or more of the following:

That’s not all. “Assault weapons” banned under Maryland law also include:

For a full list of “assault weapons” banned in Maryland, read the legislation. These bans are mostly useless. Under such laws, the difference between a legal gun and an illegal gun can rest solely on a primarily cosmetic alteration.

Moreover, criminals rarely use “assault weapons” in mass public shootings. As The Daily Signal recently reported, “Six out of every 10 mass public shootings are carried out by handguns alone, while only one in 10 is committed with a rifle alone.” Additionally, “Few mass public shooters have used ‘high-capacity magazines,’ and there is no evidence that the lethality of their attacks would have been affected by delays of two to four seconds to switch magazines.”

On Tuesday, Maryland’s assault weapons restrictions did nothing to stop a school shooting, since, as in most crimes of gun violence, the shooter used a handgun.

3. An Armed Resource Officer Stopped the Shooter and Saved the Day

Everyone should be giving thanks for Deputy First Class Blaine Gaskill, the resource officer who stopped Tuesday’s shooting. Within one minute of the shooter’s first shot, Gaskill responded, AP reports. According to St. Mary’s County Sheriff Tim Cameron, “He had to cover significant ground.” He added, “The premise is simple: You go to the sound of gunfire.”

The resource officer at Marjory Stoneman Douglas High School in Parkland is under investigation for his response — or lack thereof — during the shooting that killed 17 last month. He’s faced harsh criticism for not entering the building where the shooting took place. Regardless of the outcome of that investigation, one thing is clear. Tuesday’s shooting in Maryland ended because Gaskill responded immediately — and used his gun.

As always, we should wait for all the facts before jumping to conclusions. Then, we can accurately assess which laws, if any, worked to stop the crime. But these three things are already clear:

Join me in praying for the victims of Tuesday’s shooting, and spreading accurate information about guns, gun laws and their effects mass killings like school shootings. For a helpful rundown of mass killing statistics, start here.

Astonishing: Socialist AOC Thinks Government Will Save the Churches