Saving Our Country One Neighbor at a Time 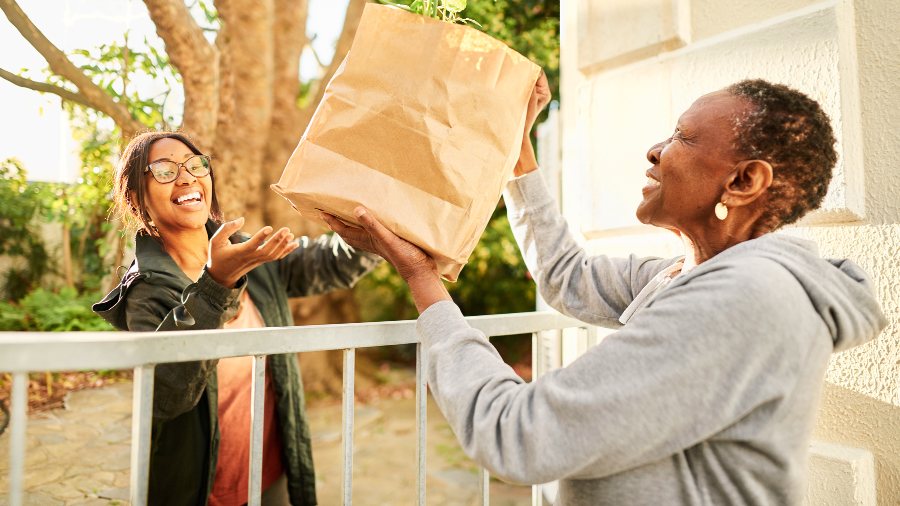 A direct mail fundraiser just arrived. “We can still save our country,” the envelope declares. “The first step is to open my letter and find out what you can do to help!” Oh, dear.

With the mid-term elections ahead in November, apparently the most effective way for me to help save the country is to write a check for $32 to elect conservative candidates for Congress since “WE ONLY NEED 6 SEATS TO PRY THE GAVEL OUT OF NANCY PELOSI’S HANDS!”

The letter tacitly assumes that the way to “save our country” is government.

Even if this wasn’t an envelope full of fundraising hype and even if I hadn’t heard the same claim since the 80s, I’d still be skeptical. The real problem lies in the individualism that expects government to solve everything.

In the 1836 book, Democracy in America, Frenchman Alexis de Tocqueville contrasted selfishness with individualism. Selfishness, “a passionate and exaggerated love of self,” was, he noted, as old as humanity. Individualism was something new, a particularly democratic vice.

“Selfishness,” he wrote, “is that brings man to relate everything to himself alone and to prefer himself to everything.” It is a vice that “withers the seed of all the virtues.”

“Individualism,” by contrast, “is a reflective and peaceable sentiment that disposes each citizen to isolate himself from the mass of those like him and to withdraw to one side with his family and his friends, so that after having thus created a little society for his own use, he willingly abandons society at large to itself.”

Selfishness, “a passionate and exaggerated love of self,” was, he noted, as old as humanity. Individualism was something new, a particularly democratic vice.

In an aristocracy there may be a great deal of selfishness, but no individualism. Ancestorial property had to be kept up. Each generation is responsible to ancestors, whose portraits adorn the walls, and to future generations whose portraits will one day adorn the walls. “A man almost always knows his ancestors and respects them; he believes he already perceives his great-grandsons and he loves them. He willingly does his duty by both, and he frequently comes to sacrifice his personal enjoyment for beings who no longer exist or who do not yet exist.”

By contrast, he wrote, in a democracy, “when the duties of each individual toward the species are much clearer, devotion toward one man becomes rarer: the bond of human affections is extended and loosened.”

“All people are my brothers and sisters,” is vast and vague. “All future generations are my children,” is also vast and vague. And vast and vague has less claim on my affections and attention than small and specific — my actual siblings and cousins, my actual children and grandchildren.

As conditions are equalized, one finds a greater number of individuals who, not being wealthy enough or powerful enough to exert a great influence over the fates of those like him, have nevertheless acquired or preserved enough enlightenment and goods to be able to be self-sufficient. Those owe nothing to anyone, they expect so to speak nothing from anyone; they are in the habit of always considering themselves in isolation, and they willingly fancy that their whole destiny is in their hands.

That very 21st century attitude kills off the virtues necessary for community life and “in the long term it attacks and destroys all the others and will finally be absorbed in selfishness.”

The American Founders created a system in which neither the state nor wealthy individuals acted for the public good, but one designed “to multiply infinitely the occasions for citizens to act together and to make them feel every day that they depend on one another.”

“Everywhere that, at the head of a new undertaking,” he went on, “you see the government in France and a great lord in England, count on it that you will see an association in the United States.”

The great American tragedy is that you don’t see it any more. Associational life has atrophied. Individuals don’t depend on each other. Instead, we make demands and wait for government to “do its job.” Whether we’re red or blue, we view government as the savior — as long as we elect the “right” people to office.

While getting the “right” people into office is an important and noble goal, more than that we need to learn to love our neighbors. Not the vast and vague “everyone is my neighbor,” but those with whom we actually live.

G.K. Chesterton remarked in Heretics, “We make our friends; we make our enemies; but God makes our next-door neighbor. … He is the sample of humanity which is actually given to us.”

Spring is coming and those of us who live in wintery climes will again see our neighbors raking the lawn, sitting on the patio, going for walks. It’s our annual opportunity to try to break down some of the individualism that holds us apart, to help one another, to become real friends, perhaps join together with other neighbors for some project.

We can still save our country — one neighbor at a time.