Save Pakistani Pastor Sohail, Imprisoned Without Charges Since May 22

Taken from his family in the middle of the night, the Pakistani pastor is now reportedly sick with COVID-19 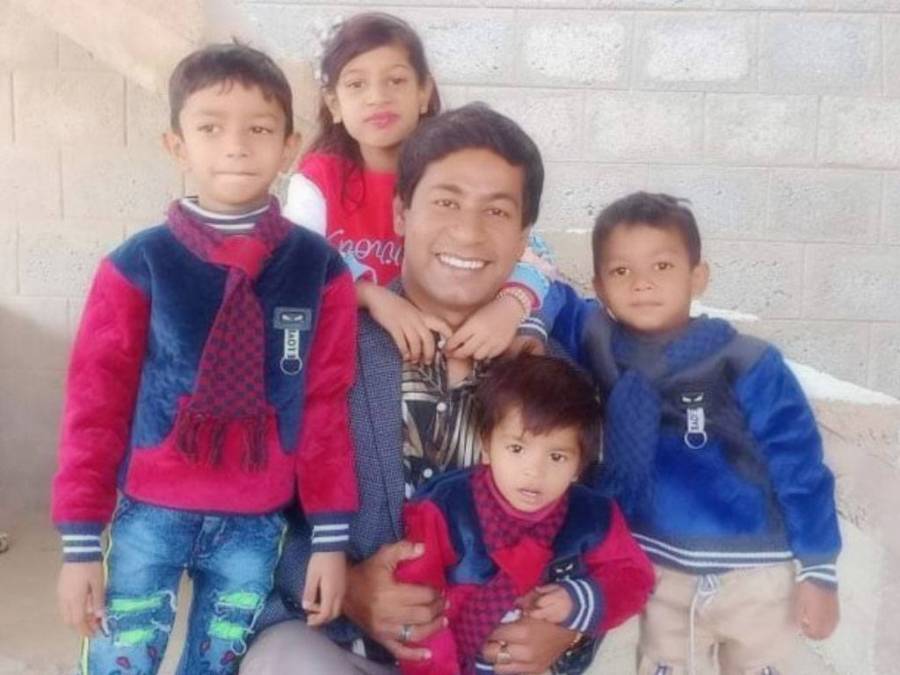 In the middle of the wasteland of virus and social upheaval, you can act for one man. It won’t cost you anything and it will be a righteous act, because he is a righteous man. You can be part of efforts to save Pastor Sohail Latif Landhu of Karachi, Pakistan.

Pastor Sohail, a Pakistani citizen, is the founder and chairman of River of Life Christian Church (Anglican). Imprisoned without charges since May 22, Sohail was taken from his home by local Pakistani authorities. They burst into the house in the middle of the night while he, his wife, and their five children were asleep. Nearly three months later, Aug. 20 will be the first time authorities allow a bond hearing for the pastor.

A Letter to the Pakistani Government

The multi-faith South Asia Minority Alliance Foundation (SAMAF) was alerted to his unjust imprisonment and is championing his cause. SAMAF’s Executive Director, Puneet Ahluwalia, is working on Sohail’s behalf along with the New Wineskins Missionary Network, the Anglican Church in North America, and Fresh Expressions, an international movement cultivating new kinds of churches.

The three organizations are sponsoring a letter that will be sent to the government of Pakistan in Islamabad through Pakistan’s Ambassador to the United States, His Excellency Majeed Khan. Currently, SAMAF and the other two organizations are circulating the letter among civil society and church groups for more support. If you want to be counted as part of the efforts to save this righteous man, Pastor Sohail, you may add your name through the link on the SAMAF website.

The letter to the Pakistani government includes such questions as:

Time Is of the Essence

Time is of the essence to save Pastor Sohail. He is reportedly ill, now, possibly with COVID-19, but has not been released under humanitarian parole, in contrast to so many dangerous felons around the world. This is not surprising, because Christians are treated miserably, as second class citizens, in Pakistan.

In fact, the letter reveals,

A life of fear is nothing new for religious minorities in the South Asia region. … Pastor Sohail is just one in a series of religious and ethnic minorities in South Asia to suffer injustice based on their faith or birth. Whether it be Sikhs, Ahmadi, Christians, Baloch, Muhajir, Pashtun, or others, the absence of news coverage due to Covid-19 has emboldened these oppressors, who weaponize the media blackout just as the authorities who abducted Sohail weaponized the cover of darkness.

The letter continues, “What makes this worse is that the charges against Sohail appear to stem only from his efforts to help his neighbors, the poor and dispossessed, suffering under conditions that most of us could hardly imagine.”

The fact is that Christians and other religious minorities, as well as others of the poorest and neediest people in Pakistan, were largely left out of the economic aid given to sustain people during the pandemic — aid provided to the country through the International Monetary Fund and the World Bank. Pakistani Christians took enormous risks to offer this assistance, as the government had forbid this type of interaction. But survival for some people was only possible because of the Christ-like compassion and aid of the Christians.

Liberty and Justice Pleasing to God

In conclusion, the letter says, “We humbly pray that our efforts towards liberty and justice will be pleasing to God, and that the suffering of Pastor Sohail and his family can be used for a greater good, and have every faith that this can occur consistent with God’s supreme power.”

At a time when the world, and even our own cities, seem to be hostile and full of despair — it is a blessing to be able to come together, as SAMAF says, for “liberty and justice” that “will be pleasing to God.” Pakistan will take note of the interest that we show to the plight of Pastor Sohail. And we, by our actions together, may by God’s grace be able to save a life.

Faith J.H. McDonnell directs the Institute on Religion and Democracy’s Religious Liberty Program and Church Alliance for a New Sudan. She is the author of Girl Soldier: A Story of Hope for Northern Uganda’s Children (Chosen Books, 2007).