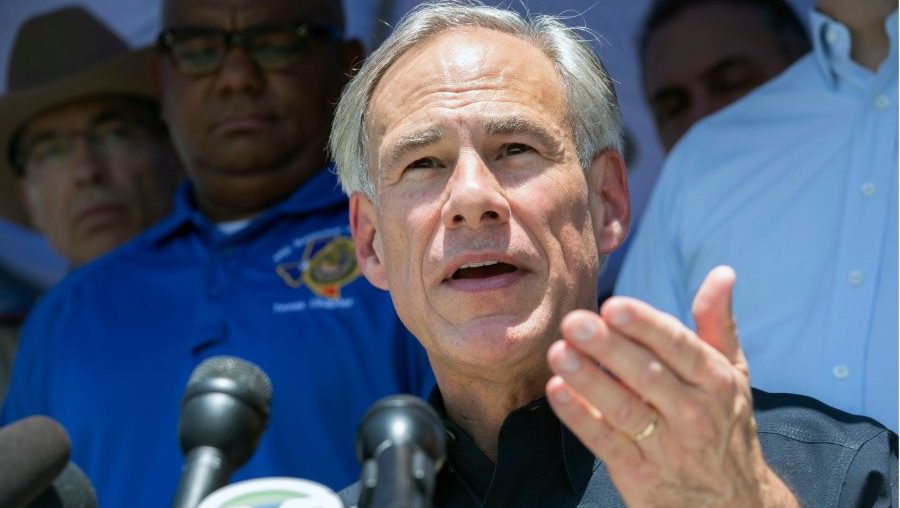 Texas Governor Greg Abbott speaks during a press conference in the wake of a school shooting at Santa Fe High School on Friday, May 18, 2018 in Santa Fe, Texas.

This week, Texas Gov. Greg Abbott will be leading a roundtable discussion on how to curb mass shootings after the school shooting in Santa Fe, Texas left 10 dead Friday. “We want input from a lot of different people from across the state of Texas who will offer ideas,” Abbott said. According to the governor, the people he wants to hear from include parents, students, teachers, gun rights advocates and gun control advocates. “It’s time in Texas that we take action to step up,” he said.

Sounds like something concerned people everywhere could get behind. Right? Wrong. Because of Abbott’s strong record as a Second Amendment advocate, and because he didn’t immediately state that banning more guns was the answer, some gun control activists are turning up their noses at his efforts.

“It’s a political move on his part,” said Julie Gavran, a director of Keep Guns Off Campus. “I don’t think it’s sincere.” She added that she doubts the discussions will focus on more gun control legislation. Which is the only thing that matters to gun control activists. Other actions don’t count. (Never mind evidence that most gun control proposals wouldn’t actually work.)

But there’s a problem with their narrative this time. The Santa Fe shooter didn’t use any weapons regularly targeted by the gun control crowd. There weren’t even warning signs or mistakes in the enforcement of existing laws, which is where conservatives often place their focus after another mass shooting. What are we to do with this?

A Shotgun and a Revolver — And Some Bombs

The kind of action demanded by gun control activists is often made up of some combination of the following points:

But the Santa Fe shooter didn’t use an AR-15. He didn’t use any controversial accessories like a bump stock, which allows shooters to imitate automatic fire. He didn’t even slip through a background check “loophole.”

First, the 17-year-old used his father’s legally-owned shotgun and .38 revolver. Both guns are widely deemed “acceptable” guns for sporting and self-defense by the gun control crowd. (Like Joe Biden.)

Second, under Texas law, the shooter is not old enough to purchase any guns on his own. And there are generally no laws against a parent allowing a teen to shoot their firearm.

Third, he also planted homemade bombs on the school campus and in the surrounding area. Thankfully, they were not capable of detonating, the Associated Press reported.

As a Washington Post column points out, this information “complicates” the gun control debate. “You can do this with anything,” one Santa Fe father told the Post, speaking of mass shooters and the guns they choose. He’s right.

And it’s not just guns. We only need to look at other parts of the world (and even here in the U.S.). Car attacks, stabbings, arson and bombings kill and wound hundreds. People who want to inflict harm will find a way to do it. It’s clear that banning one type of gun or another won’t solve our problem.

Will gun control advocates acknowledge this? I don’t have high hopes. Still, they shouldn’t demonize leaders like Abbott for seeking solutions that may actually have an effect on school safety, solutions like better school security. What if officials had been able to spot and stop the Santa Fe shooter before he could enter the school with weapons? Then it wouldn’t have mattered which guns he carried. Even still, such solutions are merely a temporary solution.

There is little we can take away from the Santa Fe shooting at this point. Unlike other mass shootings, the shooter didn’t have a criminal record that would have disqualified him from gun ownership had he been of age. He didn’t display signs of misbehavior, mental illness or violent intentions that could have warranted a gun violence restraining order. There was no dropped ball by law enforcement and federal agencies, as there was in Parkland and last year’s Sutherland Springs church shooting.

It was a boy with a plan to kill. He used the weapons he could easily access — two of Dad’s guns and the ingredients to make bombs. Abbott is right to seek solutions that might curb mass shootings and make schools safer. But it seems to me the root problem is deeper, somewhere in the soul of our country and in the soul of its young men. Until it’s addressed, no law or school safety measure will be enough.