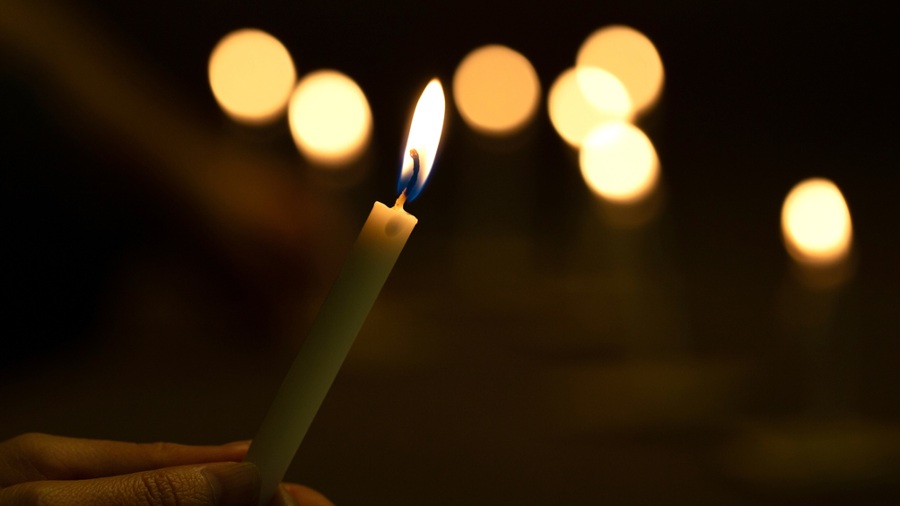 The photo appeared on the front page of the Hartford Courant the day after Sandy Hook. A man holding … his wife? one of his other kids? … and looking up to the sky, knowing he would never see his child again. I will remember the look of desolation on that man’s face for the rest of my life.

The Newsfeeds Light Up

My newsfeed has filled up with the insta-punditry. Calls for gun control, calls against gun control. It’s all so dreary.

Mass shootings (like shootings in general) are now a regularly occurring thing. They seem to me to defy politics. You hear about the ones that may fit a certain narrative. The ones that don’t fit the narrative quietly disappear from public memory.

“For we fight not against flesh and blood.” This is it. This is Ephesians 6:12.

Or they are reimagined. Jack Kennedy was murdered by a communist. I grew up thinking he was killed by the mob or the CIA. That is what the pop culture and much of the major media of my youth taught me.

Neither side has all the answers. Both sides play down the episodes that don’t fit their story line.

The black guy who who drove his car into the Christmas grannies in Wisconsin? Total racist. The white guy who murdered all those black people in Buffalo less than two weeks ago? Again, total racist.

Spare me all the subject-changing to mental illness. Sure, that’s a part of it. But racism is what closed the deal in both cases. (Both cases. I’m looking at you, Wall Street Journal editors.)

Evil of a Cosmic Nature

So yes, something horrible is happening in our country. One of many horrible things. But Sandy Hook and Robb Elementary, they somehow seem different even by the horrifically normal standards of mass shootings.

Elementary school children. My God. The words aren’t there to speak to it.

But since speaking and using words is something I do, being an insta-pundit myself, let me try.

This is evil of a cosmic nature. Far beyond our petty policy disputes. “For we fight not against flesh and blood.” This is it. This is Ephesians 6:12. The invisible principalities and powers, the rulers of the darkness of this world, the spiritual wickedness in high places, they wish us evil.

Us. Liberals and conservatives, Republicans and Democrats, northerners and southerners, Christians, Jews, Muslims and Hindus, black, white and brown, men and women, rich and poor. All of us. Those principalities and powers, they want to hurt us, individually and as a people.

The prayer-shaming on such occasions (invented by my own U.S. Senator) comes from the same place. The unseen powers want us to fight one another, to make it all worse. They don’t want us to cry out to God, our only true hope.

Addressing Evil in the Human Heart

Yes, some policies will help. The law is a teacher and guide. We are not powerless. But we can’t stop such evil because the evil doesn’t come from bad policies and inadequate laws. It comes from the human heart. A man who wants to kill children will always find a way to kill children.

Addressing the evil within the human heart is the only path back. That’s true whether the evil was the racism of the Wisconsin and Buffalo murderers, or whatever will turn out to be the Robb Elementary murderer’s motivation. We have to acknowledge it. We can’t change the subject or blame our political opponents. The unseen powers want us to do those things too.

Nothing less than some sort of spiritual awakening is going to change this. Again, we are not powerless. We can pray for the awakening. We can love God and our neighbors better than we do. We can befriend the lost, alienated young men who commit so many of these horrors.

We can be (in part) the awakening we want to see. At an event after Sandy Hook, someone read a message from a Pentecostal leader: “Unless you love Connecticut, you will not win Connecticut.”

Absent an awakening, it’s only going to get worse.

Could This be the Primary Cause Behind Mass Shootings?