Salvaging US Interests in Iraq 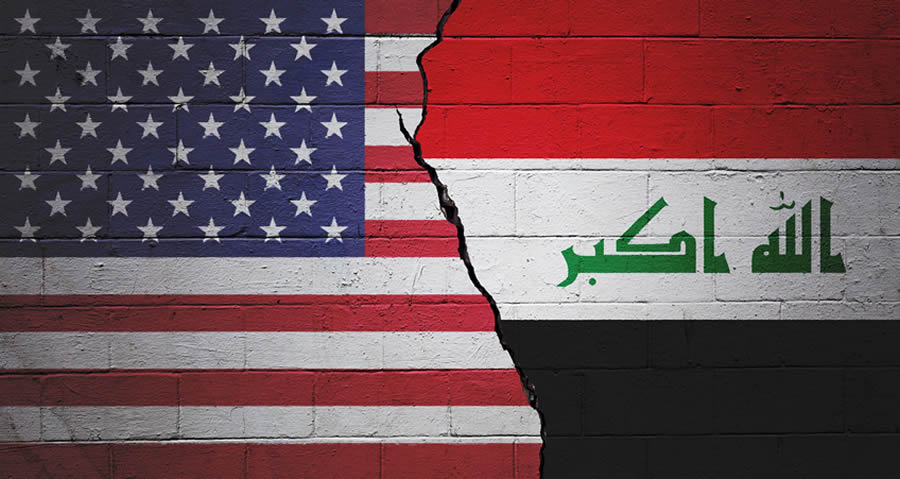 The killing of Qasem Soleimani is a seismic event with huge ramifications across the Middle East and worldwide. It underscores the need for a new approach in Iraq and the region. To salvage something from its invasion and occupation of Iraq, the U.S. should focus on the Kurds.

The Shiite-led Government of Iraq (GoI) has strongly protested the assassination of Qasem Soleimani. The Iraqi parliament will debate a resolution to terminate the Status of Forces Agreement (SOFA), which provides a legal basis for the deployment of U.S. troops on Iraqi soil.

Iraqi rage will intensify, putting U.S. troops and personnel at-risk. The spasm of violence is a reality check: Iraq is a failed state under Iran’s control. Iraqis are only unified by their hatred of America. The Kurds are the only friends we have.

How did Iraq get to this point? America’s failure to stand with the Iraqi Kurds created a gap that Iran has filled.

The U.S. brokered Iraq’s constitution in 2004. However, Baghdad refused to implement articles favorable to the Kurds. The Obama administration demurred when it should have pushed harder to uphold Kurdish interests. Baghdad’s failure, and America’s acquiescence, left Kurds little choice but to initiate a process putting Iraqi Kurdistan on the path to independence.

Though 93% voted to disassociate in September 2017, the U.S. failed to support their national aspirations. It turned a blind eye when Iranian-backed militias, the Popular Mobilization Forces (PMUs), occupied the oil-rich region of Kirkuk and evicted the Kurdish governor. The current crisis arose when PMUs, the same Kataib Hezbollah militias who seized Kirkuk and stomped on the Kurdistan flag, attacked U.S. bases in Iraq and Syria last week.

After repeated provocations, the U.S. responded with air strikes that killed 24 militia members. Tensions intensified with the killing of Qasem Soleimani and Abu Mahdi al-Muhandis, head of Kataib Hezbollah.

The U.S. has a big stake in Iraq, having sacrificed thousands of lives and spent trillions. In light of volatile conditions that exist today, how can Washington preserve its position and interests?

A direct line can be drawn between U.S. policy towards Iraq and Iran’s aggression. Previous policies under successive administrations have marginalized the U.S. and made Iran ascendant.

Qasem Soleimani was testing U.S. resolve. In 2019, the Quds Force seized oil tankers in the Persian Gulf; shot down a U.S. surveillance drone over the Strait of Hormuz; and bombed Abqaiq, a major Saudi oil processing plant.

Kataib Hezbollah’s recent aggression was intended to provoke a response. Qasem Soleimani sought to turn popular protests over Iran’s role in the country, during which more than 500 people were killed, into anti-American demonstrations. Turning their anger from Iran to the U.S., protesters chanted “death to America” and demanded that U.S. forces leave the country. Rage and popular protests are likely to intensify after the killing of Soleimani and Muhandis.

America should reconsider its strategically flawed and morally defunct “one Iraq policy.” Recent events affirm America’s military superiority. At the same time, they underscore America’s irrelevance and diminished influence. In light of recent developments, the U.S. should pivot and support Kurdish national aspirations.

In Iraq and other countries where Kurds reside, Kurds are critical to peace and stability. A regional approach, focusing on the Kurds, would secure U.S. interests in Iraq and the region.

Candidate Trump pledged to withdraw from “endless wars” of the Middle East. He focused on bringing home U.S. troops from Iraq and Syria. However, his plan was delayed by the rise of ISIS.

U.S. influence is diminished without boots on the ground. Iran, Russia, and Turkey shaped a UN-sponsored constitutional committee to kick-start negotiations on ending Syria’s civil war. Kurdish political parties, whose armed forces gained control over more than 30% of Syria’s territory fighting ISIS, were excluded. Sustainable peace is impossible without the Kurds, rendering the committee an exercise in futility.

Turkey’s President Tayyip Erdogan also took advantage of U.S. ambivalence, further polarizing U.S.-Turkey relations. Erdogan views the Syrian Kurds as an extension of the PKK, an armed rebel group fighting for greater political and cultural rights for Kurds in Turkey, resulting in 40,000 deaths and millions displaced since the 1980s. The PKK wants U.S. mediation, but Erdogan rejects the participation of third parties.

Erdogan uses the conflict to justify draconian policies towards the Kurds and other oppositionists. His course has marginalized America’s influence, undermined Turkey’s democracy, and directed Turkey into Russia’s embrace.

James Jeffrey serves as Trump’s Special Envoy to Syria. Though Jeffrey is skilled and experienced, he is working with one hand tied behind his back. Current U.S. policy limits his ability to maneuver diplomatically. The killing of Soleimani and Muhandis will make his job even harder.

The Iraqi Parliament is on the verge of censuring the Trump administration and evicting U.S. forces. As the U.S. redeploys to Iraqi Kurdistan, it will need a legal basis for basing troops there. As Iraq becomes more violent, the U.S. might need to recognize Iraqi Kurdistan and an independent and sovereign state.

To manage the intricacies of U.S. policy towards the Kurds in Iraq and the region, President Trump should appoint a “Special Envoy for Kurdish Issues.” The envoy’s activities would be based on the recognition that Kurdish and U.S. interests align. Instead of placating our adversaries, such as the Shiite-led government, the U.S. should support its friends.

Kenneth Blackwell is the former award winning United States Ambassador to the United Nations Commission on Human Rights. He is a member of the Council On Foreign Relations.

David L. Phillips is Director of the Program on Peace-building and Rights at Columbia University’s Institute for the Study of Human Rights. He served as a Senior Adviser working on Kurdish issues at the State Department during the Bush administration. His recent book is The Great Betrayal: How America Abandoned the Kurds and Lost the Middle East.