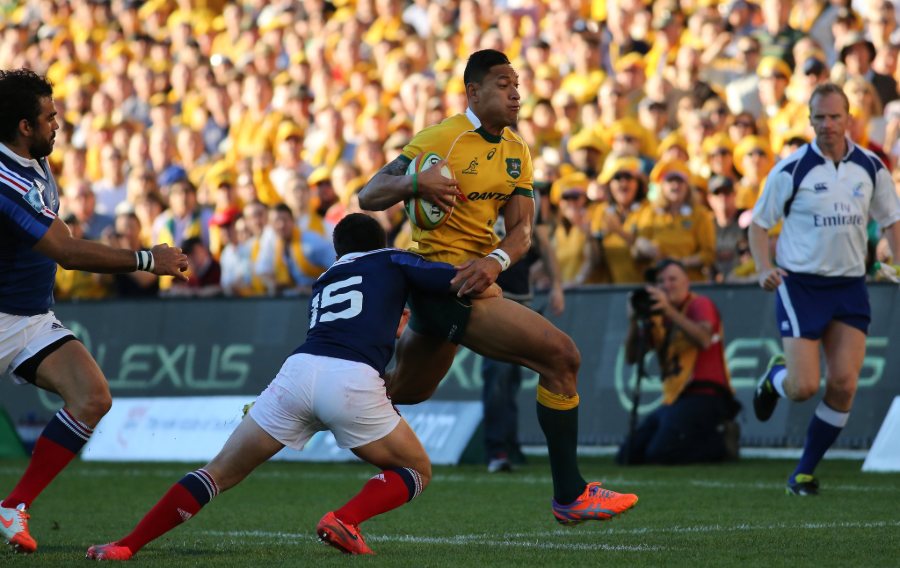 A rugby superstar’s views of homosexuality, based on the Bible, have roiled his country. His Instagram post and lost contract forced a discussion about Australia’s ultimate identity during the lead-up to the national election.

Israel Folau, a devout Christian, was a member of Australia’s national team. That is, until Rugby Australia, the national federation, shredded his four-year, $4 million contract on May 17. A three-member panel ruled April 14 that Folau committed a “high-level breach” of their code of conduct. The offense? He posted this paraphrase from Paul’s first letter to the Corinthians on Instagram.

Those that are living in Sin will end up in Hell unless you repent. Jesus Christ loves you and is giving you time to turn away from your sin and come to him. _______________ Now the works of the flesh are manifest, which are these , adultery, fornication, uncleanness, lasciviousness, idolatry, witchcraft, hatred, variance, emulations, wrath, strife, seditions, heresies, envyings, murders, drunkenness, revelings, and such like: of the which I tell you before, as I have also told you in time past, that they which do such things shall not inherit the kingdom of God.
Galatians 5:19‭-‬21 KJV _______________ Then Peter said unto them, Repent, and be baptized every one of you in the name of Jesus Christ for the remission of sins, and ye shall receive the gift of the Holy Ghost.
Acts 2:38 KJV _______________ And the times of this ignorance God winked at; but now commandeth all men every where to repent:
Acts 17:30 KJV _______________

The post has received more than 63,000 “likes.” Folau chose not to appeal the federation’s decision surrounding the post. But he likely will pursue the matter in court.

“This is a decision that will change the landscape for sport across Australia and perhaps internationally,” said Raelene Castle, Rugby Australia’s CEO. “It will be landmark, it will be important, and it is a big decision.”

The Backlash: Financial and Social Pressure

Folau’s stance contradicts Rugby Australia’s support for same-sex marriage. Two years ago Australia held a nationwide referendum on same-sex marriage. At that time the national men’s team used social media to change the colors of its logo. The Wallabies’ logo wallaby turned from its usual green to a rainbow.

“I don’t want people in my team, if I was to coach … like that,” said Mark Gerrard, who played for Australia. “He’s an idiot and it’s something I don’t say very lightly. It’s frustrating to see somebody of that stature, especially in the game that I’ve always loved, to tarnish the game in the way that he has. In this day and age, you’ve got to accept everyone for who they are and what they are.”

Folau’s online remarks “are not only demeaning to LGBTI+ people, but also are discriminatory,” said James Lolicato. Lolicato helped found an Australian charity that encourages LGBTQ participation in sports.

“We can no longer mask hate speech as ‘free speech,’ ” Lolicato said. “And (we) need to make sure that discrimination of all forms is properly tackled in sport.”

Yet others believe Folau is a target for discrimination because of his faith. Taniela Tupou — last season’s Rookie of the Year in Super Rugby — responded on Facebook.

“Seriously,” Tupou said. “Might as well sack me and all the other Pacific Islands rugby players around the world because we have the same Christian beliefs.”

Like Tupou, Folau is Tongan. He’s part of a huge influx of Pacific Islanders in rugby worldwide. A large majority are Christians.

“Where once Australia’s professional players, roughly 45 percent of whom are of Pacific Islands heritage, respected and celebrated their differences under the banner of Australia …, the furor has put that harmonious coexistence in jeopardy,” wrote rugby reporter Georgina Robinson. “Post-match prayer huddles, once a commonplace feature … have taken on a loaded symbolism.”

“I’ve spoken to a few of them to make sure, first and foremost, that they’re OK because as I keep saying we’re in a people’s business and you’ve got to get to know people,” Johnson said. “It’s important and we’re an inclusive game and they’re a big part of our culture and our rugby culture and we don’t want to make it divisive.”

The controversy seeped into politics. In his first speech as a member of the parliament of New South Wales, Mark Latham supported Folau.

“For his beliefs, his Christianity, he’s now not allowed to play rugby,” Latham said. “How did our state and our nation ever come to this? No one should be sacked by their employer for genuine statements of belief and faith that have got nothing to do with their job.”

“I was on Folau’s list of sinners, more than once actually. But as I don’t believe in Hell, there was no way I could take offense. Those claiming outrage have fabricated their position solely for the purpose of censorship.”

Even the leaders of Australia’s two largest parties, one of them a Pentecostal, were affected. They had to confront, days before Australia’s May 18 parliamentary election, whether they believe unrepentant homosexuals go to Hell. Folau’s case motivated Christian leaders to ask both leaders in writing to protect free religious expression.

“If Israel is not free to express his religious beliefs, which are taken directly from scripture, then the implications for preachers like myself is that we too will be shut down and our contracts are also under threat,” said Rev. Hedley Fihaki, a Tongan evangelical.

Fihaki’s concern raises fundamental questions. What kind of society does Australia want to be? What about other Western nations? Do “inclusion” and “diversity” encompass all people, regardless of beliefs and opinions? Or are those terms merely buzz words to protect favored groups while imposing repressive policies?

Columnist Darren Kane writes about sports law. He considered Folau’s views as “noxious and vile and remarkably dangerous to the potential well-being of the countless numbers of fellow Australians still trying to figure out their place in the world. … But it does not follow that Folau’s voice should be quelled.”

“Would it not be remarkably artificial to say that Folau has not been sacked by reason of his religion and religious beliefs, if that is the eventual outcome here?” Kane added. “Frankly, there is no actual distinction between a person’s beliefs, and publishing material consistent with those beliefs, as much as the latter might be dressed-up as a code-of-conduct issue. I mean, drug users and sexual abusers usually aren’t smacked down with a life ban.”

Dawn Grace-Cohen has been an Australian LGBTQ activist for 40 years. She wrote that “Folau’s views make him a Neanderthal.” But she criticized those who advocate ending his career.

“Now a queer fascism that rules through fear rather than reasoned persuasion is gaining momentum,” she wrote. “If we want a robust democracy, we need to learn how to distinguish between hate speech and an alternative, if unpleasant, view. Did Folau threaten to kill, maim or abuse anyone? Did he insult gay people at work? Did he use contemptuous or abusive language? Did he tell deliberate lies? No? Then let him keep his job …”

Simon Smart, executive director of the Centre for Public Christianity in Australia, agreed.

“He’s the subject of a mob justice that has determined that not only is the content of his post hateful but so too is his motivation,” Smart wrote before citing an unexpected source for support.

“The comedian, magician and outspoken atheist Penn Jillette once famously said that he doesn’t respect religious people who don’t proselytize,” Smart wrote. “‘How much do you have to hate somebody to believe everlasting life is possible and not tell them that?’ he said. According to Jillette, something being ‘socially awkward’ is not a good reason to keep quiet when the stakes are as high as divine judgment.”