RZIM Board of Directors Releases Statement Regarding Allegations Against Founder 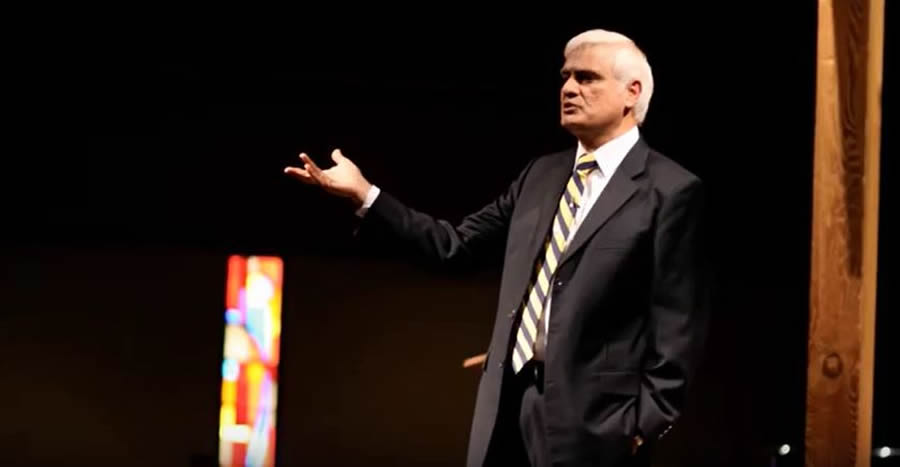 The International Board of Directors of RZIM published an open letter this week following the conclusion of an investigation into the allegations of sexual misconduct against RZIM founder, Ravi Zacharias.

It is with shattered hearts that we issue this statement…

RZIM commissioned an independent law firm to conduct the investigation, with the promise of complete transparency.

We gave Miller & Martin a broad scope to pursue any avenues that they judged to be relevant to the accusations, and we emphasized that our only purpose for the investigation was to ascertain the full truth.

The board is being commended for their openness and humility in such a difficult situation. One commenter noted that the statement is “the most Christlike apology . . . an example of how it should be done.”

A large portion of the open letter is quoted below. The full statement can found on the RZIM website, which includes a link to the complete report from Miller & Martin.

To be victimized by unwanted sexual contact, advances, and behavior is horrendous. It is diametrically opposed to everything we believe about the value and dignity of every single person. We believe not only the women who made their allegations public but also additional women who had not previously made public allegations against Ravi but whose identities and stories were uncovered during the investigation. Tragically, witnesses described encounters including sexting, unwanted touching, spiritual abuse, and rape. We are devastated by what the investigation has shown and are filled with sorrow for the women who were hurt by this terrible abuse.

These women told their stories on conditions of confidentiality and anonymity, and we fully intend to respect their wishes by not disclosing their names or any other identifying information. We are deeply grateful to all of the courageous women and other witnesses who came forward in this investigation.

It must have been deeply painful for the victims of Ravi’s abuse and misconduct to tell their stories and to relive their terrible experiences as they participated in this investigation. To you we say directly: Words cannot come close to expressing the sorrow that we feel for what you have been through or the gratitude we feel for the bravery with which you have responded. We are so thankful to you, and we are so sorry.

We are shocked and grieved by Ravi’s actions. As Ravi Zacharias was the founder of our ministry and the leader of our staff, community, and team, we also feel a deep need for corporate repentance.

As followers of Christ who passionately believe that every person bears the image of God, we detest any sin of abuse. We now know based on the investigation that Ravi engaged in a series of extensive measures to conceal his behavior from his family, colleagues, and friends. However, we also recognize that in situations of prolonged abuse, there often exist significant structural, policy, and cultural problems. It is imperative that where these things exist in our organization, we take focused steps to ensure they are properly diagnosed and addressed.

That a leader under our care sinned against others so grievously pains us. We were trusted by our staff, our donors, and the public to mentor, oversee, and ensure the accountability of Ravi Zacharias, and in this we have failed. The findings of the investigation have caused us to take an extensive and humbling look at ways that we have fallen short, made mistakes, and failed to love well. This is an ongoing process that will take significant time, but we are committed to it.

We regret the statement that we released on September 15, 2020. It lacked compassion and concern and did not communicate that we would take the allegations seriously. Also, it gave the impression that all of RZIM’s staff shared the opinion that the allegations were false. Our statement was wrong in tone and wrong in the impression that it represented our entire staff. We deeply regret that statement, and we are very sorry for it.

We regret that we allowed our misplaced trust in Ravi to result in him having less oversight and accountability than would have been wise and loving. We also regret the ways that many of us have publicly extolled Ravi’s character and the impact this will have had on victims of his abuse. We now know our words have been hurtful, and that causes us deep sorrow. Moreover, in the wake of the accusations brought against Ravi by the Thompsons in 2017, we communicated our confidence in Ravi’s denial of these accusations, and others trusted Ravi because they trusted us. Through our failure, we made it more difficult for victims to come forward. This grieves us intensely and makes us so thankful that the truth has ultimately been revealed.

These are some of the ways that we have fallen gravely short. There are undoubtedly other ways as well that we have not yet had the wisdom and humility to identify and fully appreciate. We confess that there has been pride and arrogance in our hearts, and we are committed to the ongoing process of repentance. Both for what Ravi did and for all of the ways that we have fallen short, we are so sorry. As an organization, we understand that we have no right to forgiveness and that even if forgiveness is possible, it may take time. We also recognize that earning trust is a process and is dependent on the steps that we take moving forward.

The letter then outlines their plan for restitution and organizational reform. Their two priorities are to “help the victims of Ravi’s abuse” and to “make sure nothing like this happens again.” For the victims, they have hired an outside consultant to “help guide the process of care, justice, and restitution.” On the organizational side, they have contracted Guidepost Solutions to thoroughly review and, if needed, correct RZIM’s policies related to “abuse, harassment, and disclosure,” including the process for how such actions can be reported.

The letter concludes with a renewed commitment to receiving and spreading the Gospel.

Our prayer has been that the truth would be known. For this answer to prayer we are thankful, even though we express this gratitude through tears. The humbling process of seeking counsel from survivors and advocates and of writing this statement has made us profoundly aware that even what we say now is vastly insufficient and merely a starting point for all that needs to be said and done in the days ahead. In light of the findings of the investigation and the ongoing evaluation, we are seeking the Lord’s will regarding the future of this ministry. We are learning much through this time and hope to have the chance to apply these lessons in the future. We remain passionate about seeing the gospel preached through the questions of culture. We will be spending focused time praying and fasting as we discern how God is leading, and we will speak to this in the near future.

In light of the findings of the investigation and the ongoing evaluation, we are seeking the Lord’s will regarding the future of this ministry. We are learning much through this time and hope to have the chance to apply these lessons in the future. We remain passionate about seeing the gospel preached through the questions of culture. We will be spending focused time praying and fasting as we discern how God is leading, and we will speak to this in the near future.

The findings of this investigation have convinced us more than ever of the necessity and sufficiency of the gospel. No one is without the need for a savior. Sin resides in the heart of every human being. Jesus is the only person who is exactly who he says he is and the only savior worthy of our ultimate trust and worship. Jesus is fully committed to truth and to justice, and he unqualifiedly stands with victims.

A Prayer for Healing

Let us continue to pray for the healing of everyone involved in this situation. The victims, Ravi’s family and all the staff of RZIM. These words from the board express it well:

The findings of this investigation and their public release will be devastating to Ravi’s wife, son, and daughters, and to his entire family. Our hearts are broken for them, and we grieve with the weight of being part of this unimaginable pain. We pray for the Zacharias family and mourn with them in this time of severe loss. It is our hope that they will receive the healing and restoration that God alone can provide.

When a Physically Healthy Teen is Allowed to Die