Russia-Ukraine Tensions May Rise, but the International Fellowship of Christians and Jews Will Continue to Work, Pray to Help the Needy

The IFCJ provides help and hope to the poor and suffering in the former Soviet Union and Israel. One of the best actions that Christians can take is prayer. 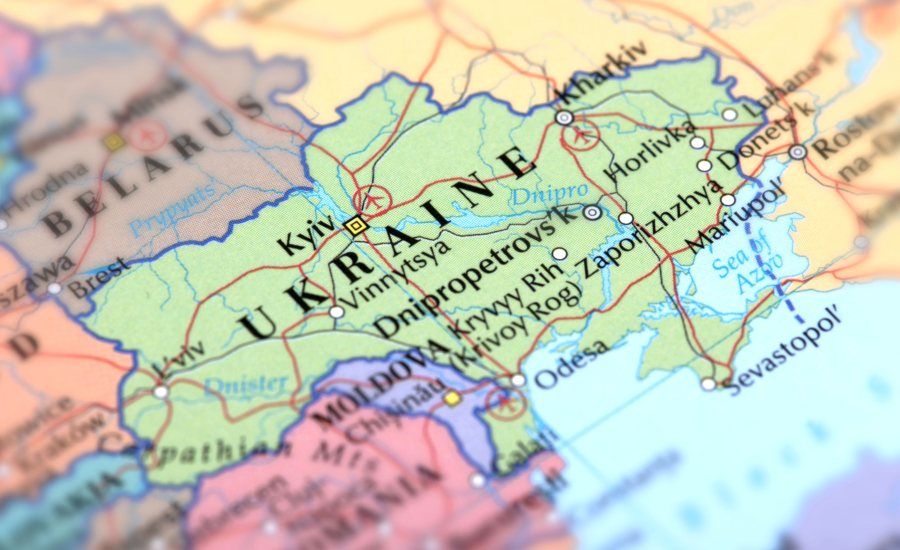 “The enemies of the free world and of the Judeo-Christian values might have weapons, but we have the weapon of mass destruction — and that is prayer,” Yael Eckstein, CEO of The International Fellowship of Christians and Jews (IFCJ) told The Stream recently. In light of the current Russia-Ukraine tensions, IFCJ is keeping a close eye on what’s happening there and keeping in touch with their partners on the ground. “And so essentially what we’ve done is we’ve worked together with all of our partners there, all the large organizations [and] the Israeli government in order to make sure no matter what scenario takes place, we’ll be able to respond immediately to continue to save lives.”

The International Fellowship of Christians and Jews

The 36-year-old nonpartisan philanthropic organization has three ministries: Fight poverty in Israel and in the former Soviet Union and help Jews make Aliyah to Israel. Approximately 200,000 Jewish people live in the former Soviet Union. “And so we both help with basic needs on the ground. And we also help with Aliyah to Israel — moving to Israel when they would want to come.”

So far, the deteriorating situation in Ukraine hasn’t changed what IFCJ does. Yael’s organization continues bringing food to the elderly Holocaust survivors who do not have it. They’re helping with orphans by delivering clothing and basic needs. Their partners on the ground have been stocking up on supplies in case of emergency. And since most of those partners don’t have the extra funds, IFCJ gave them $1 million in preparation for what may happen. “We’ve worked together with all of our partners there, all the large organizations and the Israeli government in order to make sure no matter what scenario takes place, we’ll be able to respond immediately to continue to save lives.”

While Yael hasn’t seen a significant increase in anti-Semitism in Ukraine, history suggests that it will come. “History has shown whenever there’s uncertainty, it’s the Jewish community that’s affected first — that all of those people who don’t like the Jews for whatever reason, or are violent, [they] suddenly come out from their hiding place and feel like it’s legitimate to attack synagogues or to attack Jewish people walking down the street. So even though there’s not a significant increase right now in anti-Semitism, the feeling is if war would erupt, we would see a rise in anti-Semitism and would have a need, not only for those general basic needs, but significant security as well.”

Doing What They’ve Done for Decades

Yael, however, is confident that IFCJ will continue to do what they’ve done for decades. “The Fellowship has always found ways, both through direct aid and working through partners, to be able to get our aid to the people who need it most.”

So, even though it’s scary in Ukraine, because no one knows yet what will happen, IFCJ is prepared. “We are prepared for what we believe is any scenario. And in the past 36 years, since the Fellowship was established, there has never been a situation that we weren’t able to get our aid to the people who need it.”

Prayer is the greatest weapon against any evil. Prayer’s “destruction [is] in the most positive sense of knocking down all the evil and filling it with light. I believe that what prayer does is takes the darkness and shines a light on it. And through prayer, we’re able to transform everything that’s bad into something beautiful and hopeful.”

Prayer from Yael’s Christian friends give her hope, too. “I think it’s just amazing times, in this day and age, Christians around the world not only read the Scriptures, but actually take part in those biblical prophecies, coming to fruition that you see in the biblical land of the north, that it’s Christians, who are there helping, especially during these times of uncertainty, but on regular basis.” She continued:

So I think there are many kinds of prayer. One kind of prayer is just with the mouth. And one kind of prayer is with the mouth and the feet and what I’ve seen from my Christian friends and hundreds of thousands, if not millions, is that the Christian community, [don’t] only pray with their mouth. They pray with their feet and stand behind what they believe.

The IFCJ is involved in historic, biblical prophetic work. “We just want to do good and fulfill the words of the Scriptures. And so what always blows me away about the Fellowship is just how effective we are while being a grassroots organization. You know, we don’t work with major donors who give tens of millions of dollars. We don’t work with huge mega churches. We work with one individual who gives $25 for a food box and another individual who gives $25 for a food box and another person who gives $300 to bring the Jewish person to Israel. And it’s through that collective whole, that cumulative giving as a community, that we’re able to make such a huge impact.”