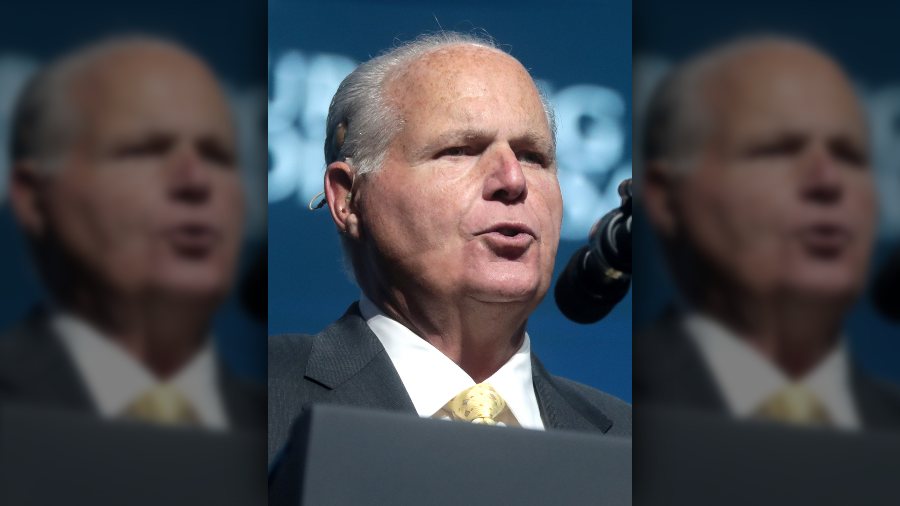 I like to write about popular culture. And I’m almost always wrong. Not in my evaluations, but in my predictions. For instance, I watched the first episode of the TV series Friends, and sputtered with outrage. I raved to my friends that some pudgy, 50-something producer with a bad combover and shiny white leather shoes had greenlit the series by the poolside. Probably as a favor to some family friend. “This is what the young people are gonna wanna watch,” he said, waving his cigar, to a knot of sycophants. Based on the pilot episode, I predicted that the show would run for three episodes, max.

Of course, it went on to become one of the biggest TV series in history. Which just goes to show you what I know. I must be more out of touch with what “the young people wanna watch” than the producer I imagined, who laughed all the way to the bank.

I Was Right About Rush

But once, just once, I made a prediction that panned out. I knew back in 1993 that Rush Limbaugh was not some flash in the pan. In fact, I predicted that he would change political history, and reshape our media. I said that to a group of mostly skeptical editors, a year into my first job out of grad school.

Through a connection in Operation Rescue, I’d landed a gig as an assistant editor at SUCCESS Magazine. I’d studied religion and literature, then finished my coursework for a Ph.D. focused on Southern Lit and the Renaissance. I’d taken exactly zero courses, ever, in either business or journalism. So of course my first job was as … a business journalist. Likewise, I never studied economics, so my first book would be on the Christian economist Wilhelm Röpke.

One thing I learned at SUCCESS was that the beaten-down salesmen and weary marketing managers read our upbeat, self-help business magazine for uplift. They didn’t want my references to The Gulag Archipelago while reading how to make their workplace more ergonomic. Nor would they wade through my long, long sentences that I’d picked up from reading G.K. Chesterton. My mentor at the magazine explained it to me simply. “Up to now, you’ve been paying people — professors — to read what you write. Now you have to write for people who pay you to read it.” That was wise.

Rush Limbaugh knew how to give his listeners what they craved, and knew what was missing in AM talk radio in the late 1980s and early 90s. First of all that medium needed a reason to go on existing. Before his show came on the air, pundits were predicting that AM radio would go the way of UHF TV stations — that is, into the dustbin. Nobody wanted to listen to music in mono, and much of talk radio was timid, wonkish, and dull. Or else it was unhinged and cranky, connecting with small angry subcultures and nobody else.

Rush took conservative politics and spun it via his created on-air persona. He challenged the stuffy, self-satisfied liberal pieties of his time — it was early in the Clinton years, before his sleaze had really surfaced — with outrageous humor. One of his early bits was to deal with obnoxious callers by “aborting” them, complete with the sound of suction and screaming. That utterly outraged feminists — whom for years he called “feminazis.” So he’d calmly ask them why. “You’re all for really aborting actual babies, but you can’t take it when I pretend to abort a caller. Maybe you ought to think that one through,” I remember him saying.

Not the Man He Seemed

Rush’s real personality was quite strikingly different from his on-air schtick. This I learned after convincing the team at SUCCESS that Limbaugh was transforming an entire industry, probably saving it. After they approved the story, I talked to radio specialists. Even those who loathed his politics admitted that his syndicated show was saving talk radio.

Rush spawned many imitators, though none approached his success. (I think G. Gordon Liddy made the best effort.) Rush even inspired the lame, condescending Al Franken, Janeane Garafolo, and a bunch of soon-to-be-poorer leftist investors to start the doomed network “Air America.” Remember that? I didn’t think so.

Since he wasn’t yet the big star that I was sure he’d soon become, I didn’t find it hard to book an interview with Rush. I’d expected him in person to be the grandiose, self-praising showman I guffawed at on the radio. Instead, I met a slightly shy, reserved Midwesterner who spoke self-deprecatingly about his long-list of personal setbacks. Hailing from a family of successful lawyers and judges, he’d failed in school, at “normal” jobs, and chalked up failed relationships. Here was a man who’d tried to follow the beaten path, and fit in with his family. But he just couldn’t.

So Rush crafted on air a persona that matched what he wanted: A self-confident mock-blowhard unafraid of offending the muckety-mucks. A straight-ahead American populist, unimpressed by the suffocating “fairness doctrine” that radio stations used as an excuse to keep conservatives quiet.

Funnily enough, I had another brush with Rush a few months later. A girl I really liked, whom I’d dated a few times after meeting her at a church group, dumped me. Why? Because she’d also met Rush, and decided to date him instead. That’s right, a rising star with a national audience was somehow more exciting than an addled twenty-something working at his very first job. Go figure. (They broke up a couple months later … on the air.)

I came back from the interview with a story that my editors really liked, and my piece was the first magazine cover story on Rush Limbaugh in the world. He liked it enough to frame the cover and hang it on the set of his TV show. And I got a little credit from editors for maybe knowing something beyond Southern literature and how to write really long sentences.

I went to the “Rush rooms” in restaurants where conservatives gathered to meet, and laugh along with Rush as he deflated fake post-Christian pieties. I was disappointed when Rush opposed Pat Buchanan, and supported the Iraq War. I was glad when he warmed to Trump, a populist figure whom Rush in many ways made possible. When Trump paused during his 2020 State of the Union to give Rush — battling cancer — the Congressional Medal of Freedom, the moment was deeply fitting.

Both the president and the radio host are real American originals. Neither came from poverty, but each in sense re-invented himself, and finally found peace and success doing what he loved. And that’s only possible because of the country they loved, whose grounding in the Christian view of man means that our system respects the person. It protects his rights, expects him to make his own way, and tries to get out of his way wherever possible.

The new Un-America — ruled by Woke mobs, intolerant tech CEOs, and micromanaging Democrats obsessed with historic grievances — won’t make room for a Rush, or a Trump. Nor for you and me. It sees us as bundles of limits, guilt, and vulnerabilities. It sees our God-given rights, guaranteed in the Constitution, as helpful suggestions — things that can always be sacrificed if elites have a better plan.

Elites always think that. America is the country where their plans come to grief. Let’s pray that Rush is even now entranced by the infinite possibilities of a merciful, generous God, and that his example inspires some new brave soul to fill his very large shoes. We need it.