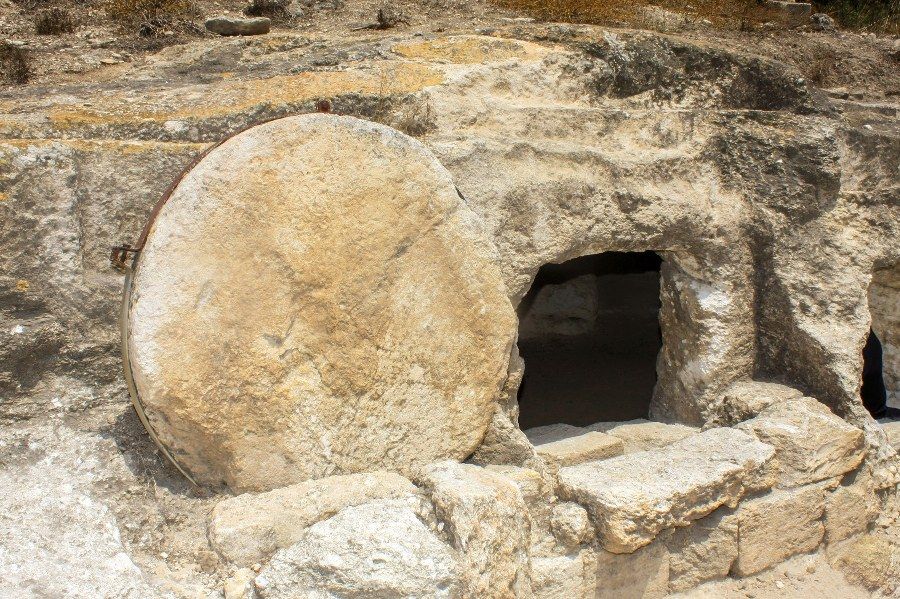 The heavy weight of sorrow filled the room that morning. It was the first day of the week, and the eleven disciples had come back together after a devastating and chaotic few days. Judas was dead. Jesus, dead. Not one of them was there when Jesus took his last breath, except for John. Now each one had to grapple not only with abandoning their master in his darkest hour but also with the feelings of guilt, disillusionment, and fear that came after. Perhaps none struggled more than Simon Peter.

Three years earlier, Simon Peter dropped everything after being called by Jesus from the shores of the Sea of Galilee. Jesus said he would take him from fisherman to “fisher of men,” and Simon believed him. He left his fishing nets, his hometown, and family. Forsaking all he had ever known, he followed Jesus, a man he had never known in hopes of becoming the man Jesus saw in him (Matthew 4:18-19).

It didn’t take long for him to realize this Jesus of Nazareth was more than just another Rabbi. When he taught, his words were full of authority and life (Matthew 7:28). By the sheer power of Jesus’ words, Peter witnessed miracles. He saw the lame walk, the blind see, the deaf hear and most unbelievably, the dead live again. Peter’s own mother-in-law was made well by just a few words from his mouth (Luke 4:39).

The more Peter was with Jesus, the more he was changed by Him. It was Peter who got out of the boat and walked on water when Jesus said, “Come” (Matthew 14:29). It was Peter who was the first of the disciples to say, “You are the Christ, the Son of the living God” (Matthew 16:16). It was Peter, along with James and John, who saw Jesus transfigured and heard the Voice from the cloud saying, “This is my beloved Son … listen to Him” (Matthew 17:5).

But there was the one thing Peter couldn’t hear. He either tuned it out or tore into it (Matthew 16:22), and that was when Jesus started talking about His own suffering and death. Three times Jesus prepared his disciples by saying, “The Son of Man is about to be delivered into the hands of men, and they will kill him, and he will be raised on the third day” (Matthew 17:22, 20:17-18, Luke 18:32-33). Peter, along with the rest, couldn’t handle it. They waffled between being “greatly distressed” (Matthew 17:23) and living in denial, not grasping a word of what was being said (Luke 18:34).

Shortly after his third prediction, everything Jesus said happened. He was given over to the authorities. They did kill him. And that was the reality. Peter knew that Jesus told the truth and now — holed up in that room before the sun came up on Sunday — he was just trying to grasp it. At that moment, Jesus’ body was in a cave behind a stone guarded by Roman soldiers. At that moment, the last look Jesus gave Peter alive on this earth was after the rooster crowed. Peter had denied Jesus for the third time just as Jesus predicted. Peter, the one who swore he would go with Jesus to both prison and death, was proven wrong by Jesus again.

Consider the overwhelming sense of grief, regret and lack of closure that must have flooded Peter’s mind. How could he not see himself as an utter moral failure? Surely, Peter couldn’t forget Jesus’ words over his life calling him a “rock” and that upon that rock “[he] would build [his] church and the gates of hell [would] not prevail against it” (Matthew 16:18). These words must have seemed as hollow and baseless nonsense as Jesus laid buried and lifeless — and everything Peter ever thought was real and reliable was buried with Him.

Scared, defeated, and confused, did Peter ask himself how it came to this? Did Peter dare to entertain the question that would undo everything: Was it all a lie?

Then the Door Flung Open…

Imagine what happens next. The door to where the eleven are was flung open by the women who had visited the tomb that morning. Sunday’s early morning light not only illuminates the room but all the mental darkness that was in it.

The women go on to tell the disciples all they had just experienced. The stone was rolled away from the tomb. They went in and did not find the body of Jesus. While they were perplexed about this, two men stood by them in dazzling apparel and said, “Why do you seek the living among the dead? He is not here, but has risen. Remember how he told you, while he was still in Galilee, that the Son of Man must be delivered into the hands of sinful men and be crucified and on the third day rise” (Luke 24:5-7).

It would seem like the women barely got their words out, and the other ten disciples had already rendered judgment on the words as “an idle tale and they did not believe them” (Luke 24:11), when Peter jumps up and leaves the scene.

He left behind his guilt, his pain, his doubt and the collective doubt of all who were in that room. He roused himself out of the stupor of sorrow and propelled himself back into the promises of God.

Peter reaches the tomb “and looking in, he saw the linen cloths by themselves” (Luke 24:12). Jesus’ body was not there.

A secondhand account would never satisfy Peter. He had to see the miracle for himself. Peter then went home a changed man, “marveling at what had happened” (Luke 24:12).

We Must Run to the Tomb Also

Just like Peter, when we find ourselves in the pit of despair, when we are disillusioned, confounded by God, condemned by our own failure, when everything we put our hope in seems buried behind a rock that cannot be moved, we must rise and run.

Run to the empty tomb.