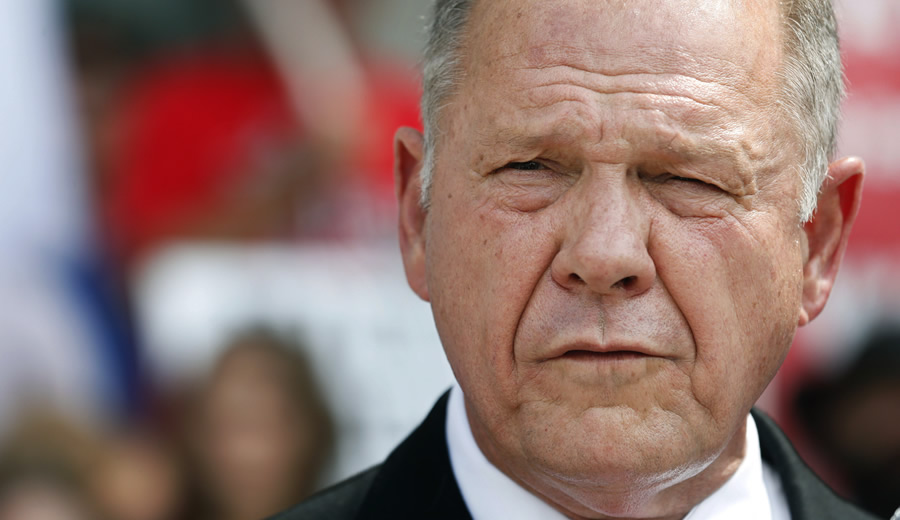 Remember when special elections were nothing special? When they drew about as much attention as a Cleveland Brown highlight reel?

The race, on paper, pits Republican Roy Moore against Democrat Doug Jones. But it’s really several other races: 70-year-old respectable judge Roy Moore against 30-year-old Roy “Mall Crawler” Moore. Unproven allegations from the Carter era against the current “Me, Too” era. Past personal behavior versus future voting behavior. A vote for the Trump agenda versus a vote to derail the agenda that has already produced 2 million jobs. Alabama versus those who think Alabama is filled with uncouth Deplorable hicks.

It’s not exactly Sophie’s choice, but it’s a stinky one. Honor with a Senate seat a man accused of aggressively pursuing underage girls versus a man who aggressively supports those girls slaughtering their unborn children. (Jones quickly backpedaled from supporting partial-birth abortion when his answer to Chuck Todd proved toxic.)

What the Race is NOT About

The Democrats and their media allies will have you thinking this is a choice between the Pure Party that purged itself of its sinners (John Conyers and Al Franken) versus the Party of Sexual Predators. I have a lovely bridge in Brooklyn decked out in peppermint for anyone who buys that nonsense.

So many more shoes are going to drop it’s going to look like its snowing leather.

Is Sen. Bob Menendez of New Jersey getting shown the door? He’s credibly accused of cavorting with underage hookers. How about Democrat Rep. Alcee Hastings of Florida? It was just revealed the Treasury Department spent nearly a quarter of a million dollars of your tax dollars to settle a sexual harassment charge against him. What about the $17 million Congress has spent out of its secret slush — or hush — fund to pay off accusers? You think the guilty are all Republicans? How about the 20-to-30 congressmen the Washington Post is reportedly set to identify? None of them are Democrats? So many more shoes are going to drop it’s going to look like its snowing leather.

The Senate Democrats didn’t run the unrepentant Franken out of town because they saw the moral light. His behavior pattern was publicly established weeks ago. No, they only acted when they saw Moore had regained a lead in the polls.(Washington Post poll out December 2 had Jones up by 3. Next poll published Sunday December 3 had Moore ahead. By Wednesday, Democratic Senators decided en mass he had to go.)

A cynical move, but logical. Franken will be replaced by a Democrat. Moore could be beat by a Democrat. So if they need to toss Franken to the curb, and climb on his back to feign a moral high ground to regain an edge in Alabama — (and pressure Trump now that the Russia investigation is falling apart), it’s “So Long, Stuart Smiley.”

So What’s Going to Happen Tuesday?

Will the removal of Franken change any votes in Alabama? No. It’ll just make some of those voting for Moore less able to publicly flout it. (No more “If Minnesota gets to keep Franken, why shouldn’t I vote for Moore?”)

Also, what Franken giveth the Democrats, Gloria Allred tooketh away. In case you missed it, the accuser Allred dragged before the cameras now admits she forged part of what she says was Roy Moore’s entry into her yearbook. (As I said a few weeks back, Allred is no stranger to using people as a weapon in elections to injure political opponents, only to cause the accusers the real harm.) The admission by Beverly Young Nelson might well have sealed the deal for Moore. The rationalization, “If she fibbed that, why not the whole thing? And maybe the others are fibbing as well,” may be troublesome, but that’s why they call it “rationalization.”

The less troublesome rationalization is, “We elect the conservative Republican, and if the Senate decides to throw him out, we’ll just get ourselves one that doesn’t have the baggage.” This one is easier to justify because the Washington Post waited to run its bombshell Moore story until after the deadline passed for the GOP to remove his name. And Moore will no sooner have a key to his office than he’ll be dragged before the Ethics Committee.

Judge Moore also has President Trump’s backing. In fact, the President, who is very popular in Alabama, recorded a robocall urging Republicans to back Moore. “Roy Moore is the guy we need to pass our ‘Make America Great Again’ agenda,” he said, warning that Doug Jones would put a halt to all the progress that’s being made.

Many other Republicans are wrestling with the choice. The Associated Press hung out Sunday at Jeff Sessions’ church, Ashland Place United Methodist Church in Mobile. Said AP, “The prevailing mood seemed to be one of frustration over having to choose between a Republican with Moore’s baggage and any Democrat.”

Ultimately it does come down to prayerful consideration and several questions that seem to work in Moore’s favor: Do voters in the very red state really want to be told what to do by people from states bluer than a Louis C.K. monologue? Do they want to give their state’s conservative vote to Chuck Schumer? Do they want to stick with Moore if only to stick it to Swamp Creatures like Mitch McConnell? Do they want to discard a conservative devoted to God over stuff that may or may not have happened 40 years ago that is being shoved in their faces by liberals who hate them and what they believe?

Then again, as Dr. Michael Brown points out, if Roy Moore is lying now, that is huge issue. And in that case, Judge Moore won’t be judged by voters or the Senate ethics committee, but by One far more powerful.

UPDATE: A new Fox News poll out Monday morning gives Doug Jones a 10-point lead over Moore among likely voters. This is a flip from other polling. A poll by Gravis Marketing shows the former judge up by 4%. The RealClear Politics average of polling in Alabama also gives Moore a 3.8% lead. Then again, what did last year’s election show us about polls involving “Deplorables”?