A professor's reflection on how teaching is content plus connection. 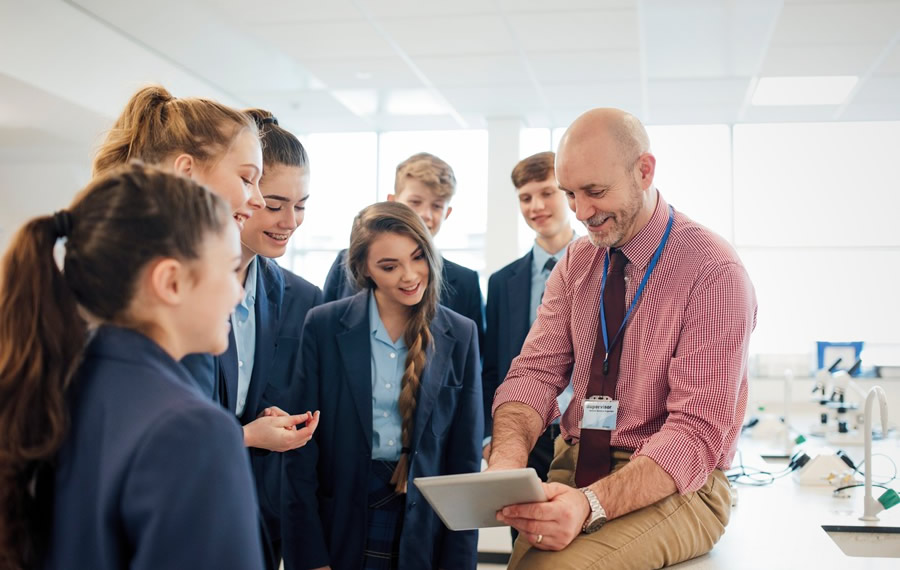 John Urschel has a great op-ed on the connection between teaching and coaching. Urschel is a former professional football player. Now he’s a Ph.D. candidate in math at MIT. A cool and rare combo.

Urschel recounts how his high school football coaches pushed him to work hard and dream big. Against the odds, he landed a Big Ten football scholarship. And against greater odds, he was drafted by the Baltimore Ravens, where he played from 2014 until 2017.

Growing up, Urschel had endured math classes more than enjoyed them. His mind would wander. Teachers figured he was slow. One suggested he be held back a grade. But at home, he loved logic and math puzzles. By high school, his teachers no longer questioned his ability. But they didn’t encourage it, either.

Where was a teenager like him more likely to earn a living? Math or football? Math, of course. (It’s statistics. Also math.) But because his football coaches were passionately invested in his athletic development, that’s where his young heart went. He had an emotional attachment to the aspiration of being an NFL player. He had no idea what it meant to be a mathematician, or that such an outcome was even possible.

It was 2005 when I wrote my first syllabus and taught my first course. The college had just lost their physics teacher. Their only one. So I had no templates to go from, or examples of what the students expected. But how hard could it be?

I had done several teaching assistant gigs, all with motivated students at a selective university. I led problem sessions, oversaw lab activities, and helped them with their homework. These interactions led to requests that I lead pre-exam review sessions. Those were fun, but I hadn’t been responsible to teach the material. Their professor had done that in his weekly lectures. Now it all fell to me.

I figured this was college. My job was to give a clear and coherent lecture. Those who had questions could find me in my office hours. The students were already motivated, right? They had the right background, right? The right study skills?

All too often, the answers were no, no and no. I soon learned to make personal connections. Not just names and faces, but asking why they were there and what they hoped to gain from my class and from college in general. I needed to connect what I was doing to their aspirations — to justify the time they were being asked to spend with me!

Oh, the indignity of it all. I had to be clear and interesting. Even more so as cell phones proliferated. I heard of faculty making rules to forbid electronic devices in class. That makes sense, but it’s almost impossible to fully enforce. To even try can be a severe distraction for the instructor.

No, I figured my job was to be so interesting, so engaging, so stimulating that the students never even wanted to text their friends during class. My job was to command their attention from the moment we started and never let it go. My job was to create and ignite an appetite for learning. To talk, answer questions, take a few tangents, avoid the really big tangents, ask questions — unsolicited, particularly of students about to nod off — and perform thought-provoking, ideally interactive demonstrations. Oh, and to seamlessly weave this into a 60-90 minute show with the occasional study tip or application to science in everyday life. I was a physics instructor, motivational coach, and entertainer rolled into one.

Like Urshel explains in his op-ed, “A growing body of research shows that students are affected by more than just the quality of a lesson plan. They also respond to the passion of their teachers.”

In short, they need to know and feel that you love them. And when they do, they’ll love you.

You can’t just think, “I’m the professor. Of course they’ll listen to me.” This places too much burden on your positional authority. The really big way to gain influence is through moral authority. That can’t be assumed. It has to be earned. They need to see that you know your stuff and that you care about them. That you have their best interest in mind. That your academic standards aren’t based on some ego trip or sadistic enjoyment of their suffering. No, your academic standards are an act of love — preparing them to be competent and successful in the future.

In short, they need to know and feel that you love them. And when they do, they’ll love you. It’s like when you smile at someone and they instinctively smile back. Students who feel their professors love them work harder and learn more.

Remember Jesus washing his disciples feet (John 13:13-15)? It blew them away. It’s the power of servant leadership (Luke 22:24-26). When others know that we love them — that we’re only asking them to do what’s ultimately in their best, long-term interest; that we’re getting under them to build them up, not over them to put them down — they’re more naturally inclined to follow us. And accept what we have to teach them.

Who can you love that way today?

Sorority Suspended for ‘Hazing’: They Require Members to Study 25 Hours Per Week