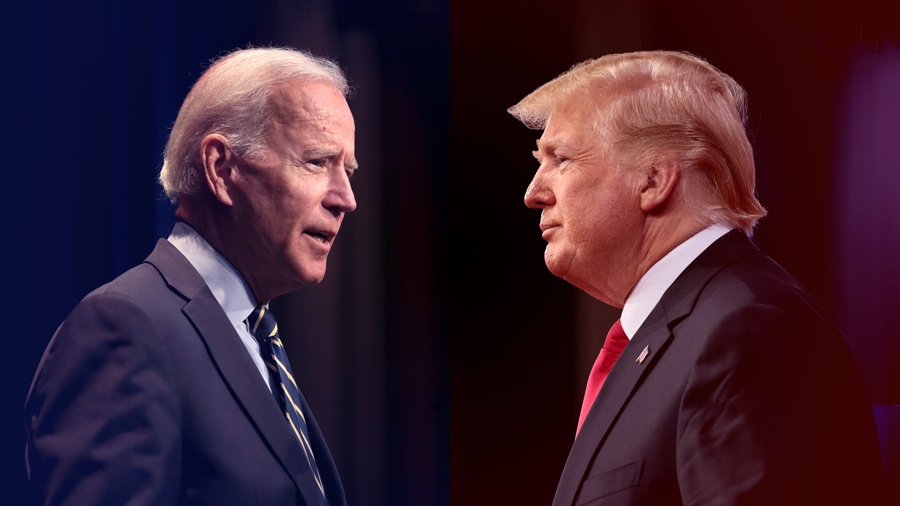 A British journalist writing in one of the world’s most respected newspapers declared something that almost none of his American colleagues want to address: last year’s presidential election was rigged for Joe Biden.

Rod Liddle, associate editor of The Spectator, made that assertion in The Times of London on Sept. 26. In doing so, he blistered Biden’s incompetence and physical problems, which American commentators ignore.

“The American public is slowly waking up to the fact that they are being led by an ineffectually devious, senile halfwit,” Liddle wrote. “Soon the public will wake up to something even more unpleasant and sinister: that the last presidential election was a fraud, rigged by big business, the labor unions and, more than anything, the media and the tech companies.”

“Whatever the case, that election one year ago was plainly rigged. Not by fraudulent postal votes. But by an affluent elite conspiring, brutally at times, to ensure that the American public heard only one side of the story.”

“If that election had taken place in any other country, it would have been called ‘unfree.’”

Liddle’s criticism, however, doesn’t mean support for President Donald Trump. He displayed his contempt for Biden’s predecessor when mentioning Trump’s lead in opinion polls. “Imagine how awful a president must be if people would rather that sack of meat with mittens were back in charge,” Liddle wrote.

Yet contempt for Trump, in Liddle’s view, fails to justify what the columnist calls “a grotesque manipulation of democracy,” even if Trump was “unhinged,” with Liddle quoting one of the favorite phrases Trump’s detractors used.

Liddle made his assertions while Arizona’s Maricopa County was conducting a forensic audit of the November election’s votes. That audit found numerous discrepancies.

For example, 3,432 more ballots were cast than there were people who voted. Nearly 300 dead people voted. There were more than 17,000 duplicate votes. More than 23,000 voters who mailed their ballots did so after the mail-in deadline. Of those, more than 9,000 returned more ballots than they received.

Biden won Arizona by 10,457 votes but the audit showed problems with more than 50,000 ballots in Maricopa County. Other states are considering similar audits.

“Was he?” Liddle asked. “I don’t know. He didn’t seem terribly hinged to me, but then Americans rarely do. But more unhinged than your average American — or Joe Biden?”

“Whatever the case, that election one year ago was plainly rigged. Not by fraudulent postal votes. But by an affluent elite conspiring, brutally at times, to ensure that the American public heard only one side of the story.”

Liddle cited three examples. One was Trump’s ejection from social media. Another was the squelching of any story, especially from the New York Post, alleging corruption on the part of either Joe Biden or his son, Hunter.

“We already knew, even as Biden was declaring victory, that Facebook and Twitter had cut off Donald Trump’s access to the electorate,” Liddle wrote. “He was deliberately rendered voiceless. Before then, they — and the national media — had smothered stories alleging the Biden family’s peddling of influence and Biden’s crackhead son and his dubious business interests in Ukraine. False news, we were informed. Nope, not all of it was false at all, it transpired.”

But the most damning evidence, Liddle argued, appeared in February, when Time magazine published its article on the election. Time’s Molly Ball described a “conspiracy” involving “an informal alliance between left-wing activists and business titans,” including the AFL-CIO and the United States Chamber of Commerce, she wrote.

Those parties joined what Ball called “a loosely organized coalition of operatives” across the political spectrum who had been active for more than a year.

The Conspiracy is Real

“Their work touched every aspect of the election,” Ball wrote. “They got states to change voting systems and laws, and helped secure hundreds of millions (of dollars) in public and private funding. They fended off voter-suppression lawsuits, recruited millions of poll workers, and got millions of people to vote by mail for the first time.”

“They successfully pressured social media companies to take a harder line against disinformation and used data-driven strategies to fight viral smears. They executed public awareness campaigns that helped Americans understand how the vote count would unfold over days or weeks, preventing Trump’s conspiracy theories and false claims of victory from getting more traction. After Election Day, they monitored every pressure point to ensure that Trump could not overturn the result.”

Ball described the operation as “fortifying” the election. Liddle called it a way “to manage what information was available to the voting public.”

“Its aim, as The Wall Street Journal put it, was to ‘suppress unwanted elements of U.S. political conversation,’” he continued. “What a wonderful phrase.”

“Time magazine reported this as if the cabal — it called the arrangement a cabal — had been acting heroically. To save the U.S. public from making the same mistake again and electing that Brobdingnagian boor — and to do so by suppressing stories favorable to him.”

Even after the election, Washington’s establishment worked secretly to sabotage Trump, Liddle wrote.

The columnist mentioned that the Chairman of the Joint Chiefs of Staff, Gen. Mark Milley, told Chinese officials “he would countermand any order from Trump to attack China — which seems to a lot of U.S. conservatives to be an act of pure treason.” Liddle added that Milley “went behind his president’s back to connive with” Rep. Nancy Pelosi, the Speaker of the House.

Liddle made the same arguments Sept. 1, when he condemned Biden’s chaotic withdrawal from Afghanistan in a column for The Sun, a tabloid.

“If Trump — whose foreign policy record was pretty good — had failed even half as spectacularly as Biden,” Liddle wrote, “the media would be calling for his head.”

“Millions of Americans are now kicking themselves, wondering why they voted for this gormless wazzock,” Liddle wrote in alluding to Biden. “They did so because the media — virtually all of it — told them they had to. The outgoing President was even banned from Twitter and Facebook, so single-minded was the liberal establishment in getting rid of Trump.”

“And yet Trump had been able to keep North Korea and China in check. He ­brokered peace deals between Israel and moderate Arab countries in the Middle East.”

“Coarse and grotesque though he was at times, Trump was 10 times better as a president than Joe Biden. The liberal establishment saddled the USA with Biden as President. Through an election which was astonishing and, frankly, utterly undemocratic in its treatment of the two candidates.”

The Future is Now

But why would Liddle write about this election nearly a year later? First, he expressed concern that Britain’s elite, notably the BBC, would attempt something similar for the next general election in 2024. More importantly, however, he expressed dismay at other commentators’ inability to see the obvious.

“What worries me most is that so few liberal commentators seem capable of understanding that this was a grotesque manipulation of democracy,” Liddle wrote in The Times of London. “And yet, surely, they must see it, no matter how appalling Trump seemed to them (and indeed, quite often, to me). Instead, those very acts that subverted democracy are depicted as valorous.”