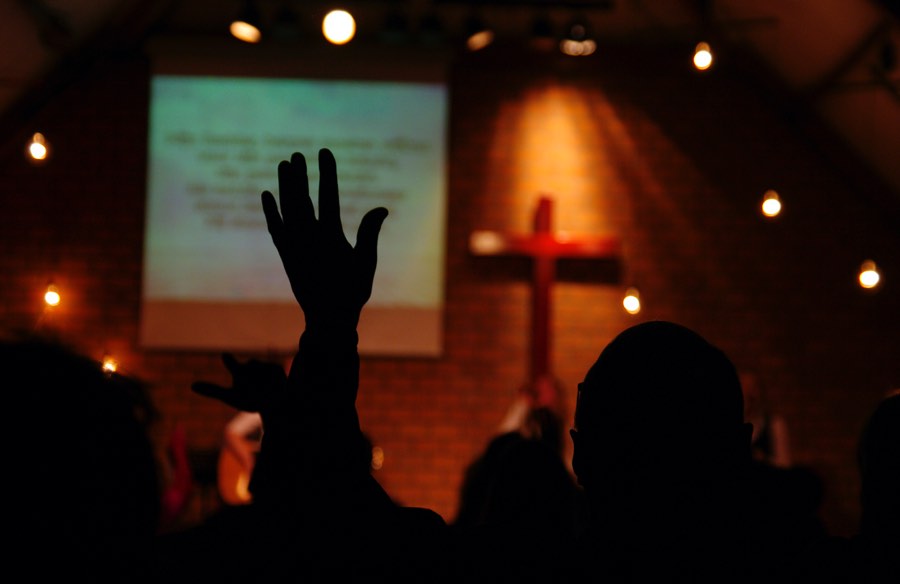 For 35 years I’ve been praying for revival in America; desperately, urgently, praying, that God would turn our people back to faith and life in Himself. I’ve been one of (I’m sure) tens of thousands of Christians praying the same thing.

Throughout all these decades I’ve tried to picture what that revival would look like here. Never in my wildest imaginings did I suppose it could happen invisibly, underground. Now, though, I wonder if it’s going on — even today! We could be, right now, in the middle of a revival such as the world has never seen — and won’t see, at least not openly, until the lid comes off and the churches open up again.

No one knows, but signs indicate there’s room for hope, at least, in the midst of all our coronavirus pain.

Signs of an Underground Revival

First example: Many of America’s favorite gods have been toppled. Sports is gone for now, from kids’ soccer games to Major League Baseball. Concerts are, too. Commercialism may not be dead but it’s hurting badly. Evenings at the bar? They’re gone, as is most partying. Sometimes when we won’t give up our idolatries, the true God will take action to show how false these gods really are.

Meanwhile churches are reporting extraordinarily high numbers of participants in their online services. Shane Idleman mentioned 400,000. A pastor friend of mine said numbers were running seven times greater than usual. The church I attend is a large, with about 4,000 to 5,000 involved, but over Easter weekend we had some 40,000 connecting with us online.

I’m also hearing of new church-wide prayer emphases across the country. How could it be otherwise when the world is at such risk, and when individuals are in such spiritual, emotional, and relational need? Historically, corporate prayer has been a very strong indicator of revival.

What do these numbers represent? Quick, casual drop-ins or serious seeking? It’s too early to say. Granted, if it were revival it would be like none other in history. The closest I know of would be — ironically — the almost-invisible, underground growth of Christianity that’s being reported in Muslim lands today.

Maybe It Needed To Be This Way?

Revival — a large-scale, authentically repentant, powerfully praying turn to Christ by His Church — is normally a public event with public effects. The same goes for awakenings, in which large numbers of unbelievers turn to Christ. The two are not the same, but they often go together.

Historically speaking, revivals and awakenings have tended to start in well-defined cultural and/or geographic regions. Typically they suffuse that region thoroughly, not only with prayer and church attendance, but also with huge, positive social change. Following the great Welsh revival early in the 20th century, there was so little crime the police complained they had nothing to do.

Therein lies the question, though: social change. Everyone is fine with lower crime rates (well, almost everyone). Not everyone would be happy with what else might come, though. Anti-Christian hostility is concentrated among the wealthy, educated, powerful elite. Our economy has billions if not trillions of dollars invested in outright sin, ranging from pornography to human trafficking to drugs to misuse of power to you-name-it.

With all that in view, I could never picture revival happening without huge opposition. It wouldn’t just be sparks flying, humanly speaking, at least. It would be look a lot more like an explosion.

God can answer prayer any way He wants. If he wants a social explosion He can make one happen. He could tamp it down, too, if He wished. Or He could set revival/awakening in motion invisibly, so the opposition doesn’t even see it building.

I Can’t Wait to Find Out

And what if that were going on right now? What would that mean for what happens when the lid finally comes off? What if the church doors open, and we get seven times the normal count of people attending physically, not just virtually?

God is not afraid to use hard circumstances to cure spiritual evils. When dozens of prophets over hundreds of years failed to persuade Israel and Judah to give up their idols, God let them be conquered, and allowed all of Judah be deported to Babylon. It was hard medicine, but it worked: When they came back cured, they were cured, as devotedly monotheistic as any culture could possibly be.

Is a cure like that worth it? Some of the opposition will scream “No! No ‘religion’ could be worth this kind of pain!” Many, many, though, will thank God for the pain that finally brought them to realize it isn’t “religion,” it’s God’s love, God’s grace and truth, God’s eternally good life; and it’s the sudden clarity that reveals how empty all our other gods have been.

Is He doing something like that for His people right now? I don’t know. It’s at least possible, isn’t it? I can’t wait to find out. In the meantime, there are still tens of thousands of us praying God would make it happen.

No, Governor Northam, It Does Matter Who We Pray To