Did the Resurrection Really Happen? 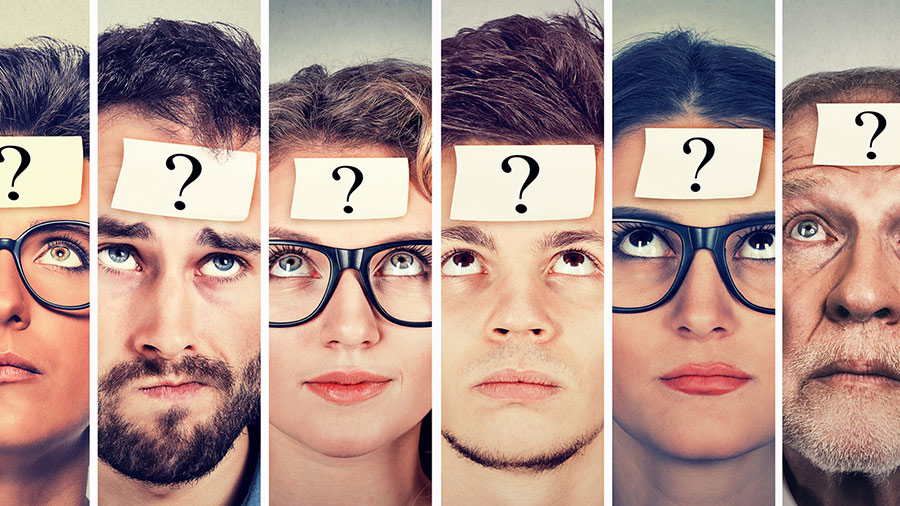 Last week the world was faced again with the most radical hypothesis of history: The first century Jewish prophet Jesus of Nazareth rose from the dead.

You can’t believe it?

It’s natural and perfectly okay to question the claim. In fact, if you don’t question the claim there must be something wrong with you. Because if Jesus rose from the dead, it is the most stupendous fact of history. And anybody who takes life seriously should look into it with an open mind.

What evidence do we have that such an amazing event took place? There is the Shroud of Turin, but let’s leave the most famous sheet in the world to one side and look instead at the alternatives.

There are only two options: Either he didn’t really die in the first place or he did die, but something else happened to his body.

First option: Jesus didn’t really die. That’s a tough one. Jesus was flogged to within an inch of his life. Have you seen the whips they used? The Roman flagellum had a handle with leather cords. Tied into the cords were bits of metal and glass. This was not just a whipping. It was a meat grinder. How do we know that’s what Roman whippings were like? Archaeology and textual records.

After being flogged Jesus was crucified and finished off by professional executioners — the final thrust being just that — a Roman spear in his side to puncture his heart. Furthermore, this execution took place in public in front of a howling crowd who were there to make sure the job was done properly. I think we can conclude that he really did die.

But what if it wasn’t him? Maybe it was his “brother” James who looked like him. Or Judas Iscariot, or a Jesus doppelgänger the disciples used to give the real Jesus a break from the pressures of a high octane celebrity lifestyle. But remember that his enemies had paid Judas Iscariot to make a definite identification. Once it was apparent that the patsy was going to be tortured and slowly killed don’t you think the Jesus double would have said, “Hang on a minute. I’m not really Jesus. I’m his lookalike. You got the wrong guy!”

The next argument in the first category is that Jesus didn’t really die because they gave him drugged wine and he just passed out. He swooned. Or maybe he passed out from the intense pain. Either way, he woke up again a few days later, fresh as a daisy.

Let’s imagine what it was like if this “swoon theory” is true. We have to believe that Jesus woke up in a damp and freezing tomb on a chilly Spring morning. This after having suffered scourging, massive blood loss, crucifixion and a spear wound to the heart. This wreck of a human being first unwraps his shroud and and takes care to fold it neatly. Then (from the inside) he rolls back a boulder placed across the door of the tomb that weighs a couple of tons.

He then staggers out, totally naked, and limps up to the disciples on His bloody feet, his back is still raw meat, and his head is covered with puncture wounds and contusions. He stumbles toward them and gasps out a greeting between the stabs of agonizing pain from the spear wound.

What would you do? You’d conclude that the man had somehow survived his terrible ordeal and you’d call 911 right? You’d get your friend some emergency medical care. Instead Jesus’ disciples, said, “How wonderful! The Lord of Life has risen from the dead! Let’s write it all down and start a new religion!”

Evasions of the Body Snatchers

This brings us to the second category of resurrection deniers. They admit that Jesus died, but something else happened to his body.

What motive on earth would the apostles have for faking a resurrection? Why would they try to fake something that nobody in their right mind would believe? To take this preposterous theory further, we have to believe that these same disciples not only faked the resurrection, but they stuck to their story. Why would they do that? What did they have to gain? Nothing. In fact, all but one of them ended up dying in the most horrible ways — being sawed in pieces, flayed alive, beheaded, beaten and crucified — and all for a little bit of fake news?

New Testament scholars John Dominic Crossan and Bart Ehrman suppose that Jesus’ body disappeared because it was tossed on the trash heap or buried in a shallow grave and scavenger dogs ate it. The fact that this idea has only surfaced in the last decade or so doesn’t seem to phase them.

But we know the Jews had to bury their dead respectfully. It is also recorded that Jesus was buried in a particular person’s tomb — a friend named Joseph of Arimathea. He would have spoken up if anyone had suggested that Jesus had been eaten by a pack of mangy dogs.” There’s also the fact that Jesus’ enemies demanded that a guard be set at his tomb. Why would they do that if Jesus had just been thrown on the trash heap?

They asked for a guard so his disciples would not steal the body. Did they really think the twelve men who fled in terror and denied their friend would suddenly find the courage to defy Roman soldiers? If this were true we’d have to believe that these bumbling and cowardly guys got together and planned the sort of heist you find in a Tom Cruise Mission Impossible movie.

Why would they have done this in the first place? Because they wanted to fake a resurrection? Remember. Resurrection had never happened before. They were as surprised by the resurrection as everyone else was.

Who Dies for Fake News?

Furthermore, what motive on earth would they have for faking a resurrection? Why would they try to fake something that nobody in their right mind would believe? To take this preposterous theory further, we have to believe that these same disciples not only faked the resurrection, but they stuck to their story. Why would they do that? What did they have to gain? Nothing. In fact, all but one of them ended up dying in the most horrible ways — being sawed in pieces, flayed alive, beheaded, beaten and crucified — and all for a little bit of fake news?

There are a few other theories in this second category that are even more crazy. The first is that the disciples went to the wrong tomb, found it empty and concluded that Jesus had risen from the dead. Huh? Wouldn’t they just say, “Whoops. We goofed. Wrong tomb. Let’s double check.”

Then there is the theologian’s answer. For the urbane scholar with his eye on tenure, the resurrection was not a “crudely physical” event. It was a “spiritual reality”. It was a pretty parable, a story with meaning, a myth to teach us that what really matters is that Love means you never have to say you’re sorry and when there is only one set of footprints Jesus carried you. That is what resurrection is really all about. Bothering about shrouds and wounds and empty tombs is a rather tasteless waste of time.

But hang on. The word “resurrection” means a body that was dead came back to life again and stayed alive. We can squeeze spiritual truths from it to be sure, but if there were no physical fact, then the pretty parables would be meaningless. Saying the resurrection was not physical but only a “spiritual reality” is like a woman denying her husband sex by saying, “We needn’t be quite so crudely physical as to have sexual intercourse. Marriage is, after all, simply a beautiful spiritual idea!”

Shall we believe that the apostles went on to follow lives of hardship, suffering and deprivation finally being tortured and killed for what was merely a ‘beautiful theological idea’? When faced with the slow torture of crucifixion or being flayed or boiled alive, don’t you think they would have said, “Hold on! All that resurrection Son of God stuff! You misunderstood! It didn’t really happen! There was only a spiritual meaning! It was a metaphor! A theological construct!”

Finally, we have the Biblical scholars’ theory that St Paul and the gospel writers made up all the resurrection stories to give a boost to their new religion. The problem here is that Paul died only thirty years after the death of Jesus himself.

His letters are the earliest books in the New Testament to be written. He discusses the resurrection as a historical fact. If Paul or the gospel writers had made it all up, there were still plenty of eyewitnesses around who would have corrected them — not least the murderous enemies of the new religion.

When you stop to examine the alternatives to the resurrection, you come to realize all the different options are harder to believe than the simple explanation: Jesus of Nazareth rose from the dead. It was a one-of-a-kind supernatural event.

Now all we have to do is ask, what we are going to do about it.

Visit Dwight Longenecker’s blog, listen to his podcasts, browse his books and be in touch at dwightlongenecker.com.