How ‘Respect for Marriage’ Turned Into Presidential Praise for the Opportunistic, Cult-Supporting, Child-Molesting Harvey Milk 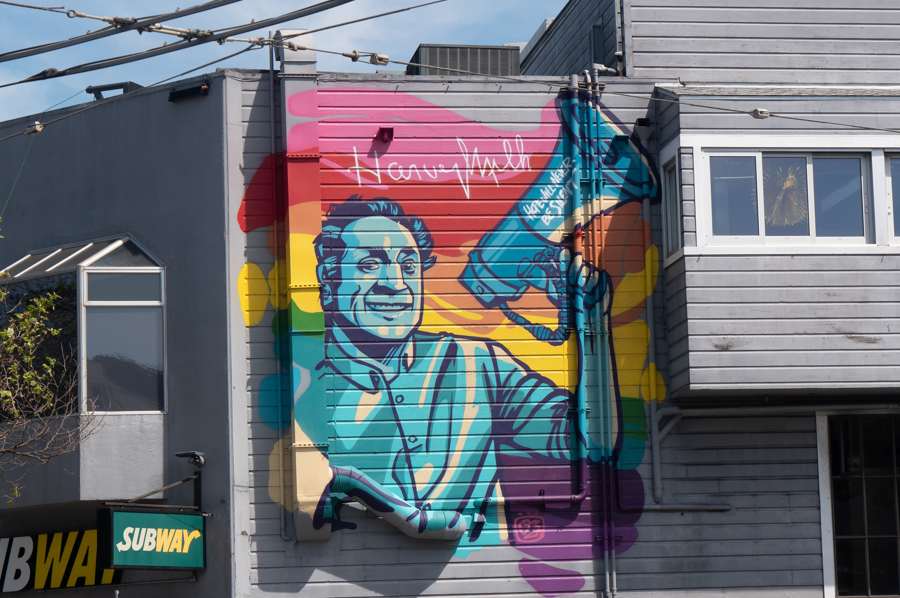 I just took another look at our the speeches given by our fearless leaders Joe Biden and Kamala Harris when Biden signed the “Respect for Marriage Act” into law. If you thought it was bad, it’s worse than that. I want you to see what they actually showed respect for, which certainly wasn’t marriage, and what they passed over completely. I want you to wonder with me how they gave such praise to such a twisted man as Harvey Milk. And then I want us to consider the obvious answer.

Kamala Harris opened with a teary-eyed remembrance of standing on the Harvey Milk Balcony at San Francisco’s City Hall, pronouncing two women “spouses for life.” She gushed her praise for “the great Harvey Milk” as she quoted his platitude, “Rights are won only by those who make their voices heard.” Who was this great Harvey Milk?

He was San Francisco’s first elected gay politician. Bully for him. He was also a child molester who rode cult leader/mass murderer Jim Jones’s coattails to that victory.

Daniel J. Flynn’s Cult City: Jim Jones, Harvey Milk, and 10 Days That Shook San Francisco reveals a disturbingly strong linkage between Jones and Milk. They had their differences, obviously, but they shared a common streak of using people viciously for their own purposes.

As a young adult, says Flynn, Milk kept at least two underage boys on his leash as “boyfriends,” meaning sexual partners. A few years later the politics of homosexuality drove him to out a gay friend against the man’s wishes. Anything to advance homosexual politics, including intentional harm to homosexual friends.

How the Democrats Loved Jim Jones

Jones and Milk were both Democratic power players. Milk was of course a Democratic politician. Jim Jones’s People’s Temple, the San Francisco cult he later to transplanted to Guyana where he induced everyone to commit mass suicide, served as a brokerage center for Democratic politics. Visitors included California Governor Jerry Brown, Lieutenant Governor Mervyn Dymally, Congressman Phil Burton, and San Francisco politicians Willie Brown and George Moscone. (Yes, the Willie Brown who would later have an affair with Harris and lift her professional fortunes.)

Jim Jones and Rosalynn Carter, Jimmy Carter’s wife, spoke at 1976 campaign rally for Carter. Flynn tells how “The preacher gave the Democrats their audience at the expense of his stealing the show” — and embarrassing the future First Lady. Walter Mondale, campaigning for vice-president that same year, invited Jones aboard his private jet for a visit.

This mass murdering cult maniac was at the same time a key player in San Francisco’s Democratic political machine. Strange how they didn’t realize what kind of company they were keeping. He had pull, he could deliver votes for them, and apparently that’s what mattered.

Harvey Milk’s Praise for the Fraud

Harvey Milk himself was a frequent visitor at the People’s Temple, sometimes for actual “church” services. Milk wrote Jones an effusive thank you after one of them:

The life of a “politician” is not one that gives you a chance to stay in a situation that you enjoy for you must push on to other events — but, I found something dear today. I found a sense of being that makes up for all the hours and energy placed in a fight. I found what you wanted me to find. I shall be back. For I can never leave.

It’s not that Jones’s fraud was so well hidden no one could see it. In 1977 the San Francisco Examiner exposed the Temple as “a nightmarish world of beatings, spying, death threats, and emotional deprivation.” How then,” asks Daniel Flynn, “did Jones get away with force and fraud?” He answers his own question:

A hint came in the continued deference offered by officeholders. ‘Numbers of people give him clout,’ Willie Brown, still supporting Jones, told the Examiner. ‘He is able to produce physically more people than anybody I know.’

Milk loved him. He signed an official statement of support for People’s Temple. This was the man Kamala Harris lauded as inspiration for the “Respect for Marriage Act.” This was “the great Harvey Milk” — as long as you’re willing to call a self-serving, indiscriminate, power-seeking and teen-molesting friend to cults “great.”

Score 1 for Milk, 0 for Children

Harvey Milk got more mention that day than children.

Time after time Biden and Harris extolled the “rights” and the “equality” they thought this act would ensure. Over and over again they praised the love it would secure between couples happy. Not once, however, other than briefly recognizing a lesbian’s four children in attendance, did they mention children.

Twice they mentioned past generations — to disparage them. Only once did they speak of the future, and it was pure platitude: “Progress that gives us hope that with every — every generation will continue our journey toward a more perfect union.” I see no reason to think they believe think mothers and fathers have anything important to do with “every generation.”

Apparently the purpose is of marriage is to make adults happy. Children? What purpose could they serve? What difference do they make? Why in particular should marriage law take any note of them?

The question I asked was how a man like Harvey Milk could get so much gushing praise from our nation’s leaders. The answer is all too obvious. It doesn’t matter how degenerate he was in any other way. He was “gay.” And he won an election — with considerable help from a known fraud and future mass murderer.

That’s what made him “great.” That’s also what makes me want to break down and cry.

I’d take a halfway decent mother or father over a twisted example like him any day. By far.

We Must Keep Up the Fight

Biden signed this law last month, and for that reason I fear this may seem like old news. It isn’t, and we dare not let it become that way. We must not let same-sex marriage and its attendant errors go the way of no-fault divorce. That, too, was a travesty. In almost no time at all, however, no-fault divorce became so entrenched in American values, few people would even think of questioning it.

We can’t let that happen with same-sex marriage. We have to keep it on the hot seat.