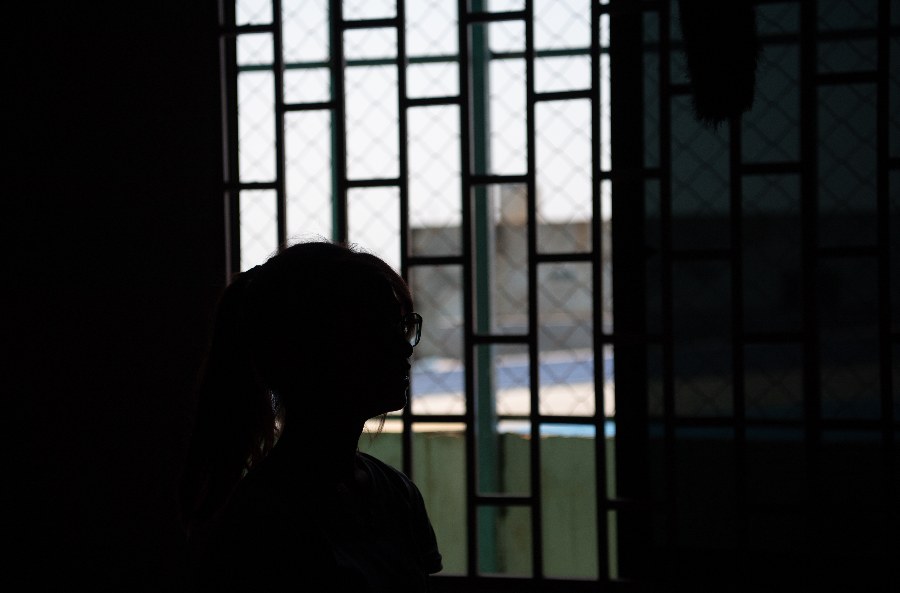 There’s a popular area in Southeast Asia known for its night life and streets filled with bright lights and bars. Outside, there are scantily clad girls forcing smiles and chatting up passersby.

That’s what you see on the streets. The rooms and brothels inside the doors are filled with women, and even girls and boys, who have been enslaved in the sex industry. And behind the forced smiles hides a deep emptiness. And the scars of constant debasement, even torture.

One young girl in the sights of our parent organization’s Rescue LIFE mission actually jumped from a second-story window to try to escape. Or to end her life. She literally jumped into the unknown, at risk of capture or bodily harm because she could not take another hour of being prostituted.

Our mission worker was down in a district heavy with prostitution. On this day, she was giving out sack lunches to women who often go without food. One of the last bags was handed to a young woman who began to tell her story of sexual abuse at a young age. To escape, she ran away, only to find herself living on the streets and being forced into prostitution.

She ended her story with the familiar words of those women and girls who are trapped and enslaved, “I have no hope, and I can’t see a way out of this.”

The worker responded, “I want you to know you’re beautiful as you are, that God loves you and there is help.” RescueLIFE was there to help.

By the way, this story took place right here in America.

Speak Up for Them

One of the darkest evils in the world today is sex trafficking. And the sad truth is, human trafficking and the sex trades are a huge problem worldwide … including right here in our own cities and communities.

But though we are in a brutal battle against the kingdom of darkness and spiritual oppression, it is not one without a victory found in the love of God and the redemptive power of Jesus. The Scripture says,

Speak up for those who cannot speak for themselves; ensure justice for those being crushed. Yes, speak up for the poor and helpless, and see that they get justice. (Proverbs 31:8-9 NLT)

Since 2008, the RescueLIFE ministry of LIFE Outreach International has been combating the evil of human trafficking. Your donations to RescueLIFE “speak up” for trafficking victims, by sending mission workers into troubled areas to free those caught in the destructive snare of the sex trades. Your support is a weapon in the war, allowing workers to Reach, Rescue and Restore these women.

And right now, a Matching Gift offer means you can make double the impact. You can help us pull more girls from the edge of all hopeless.