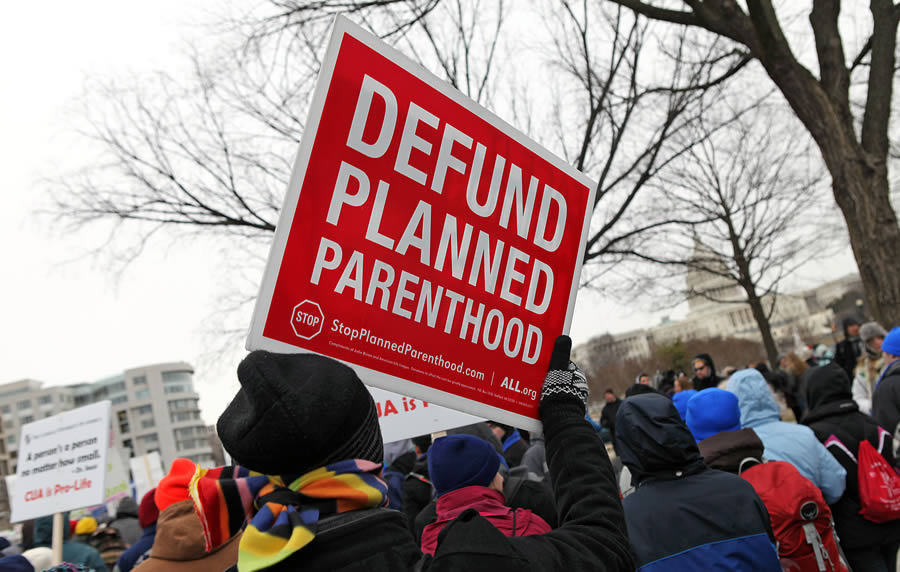 Logic typically dictates that if you give someone money and they repeatedly and successfully defraud you, making a mockery of your generosity, you stop giving them money. Thankfully, some smart judges still sit on our nation’s courts and the 5th U.S. Circuit Court of Appeals rightly ruled this week that states under their jurisdiction, namely Texas and Louisiana, don’t have to send Medicaid money to Planned Parenthood.

When you become a Medicaid provider, you have to follow certain rules, including abiding by the law. Multiple cases, many in Texas, have proven that Planned Parenthood cannot, or maybe is just unwilling to, follow rules.

They paid $4.3 million to the federal government and Texas in 2013 for Medicaid fraud and as of 2017, 51 known external reviews and audits showed Medicaid overbilling at nearly every clinic that was investigated. How does that even work? Former Planned Parenthood director, Sue Thayer, said in her Medicaid fraud lawsuit that her clinic would send out unsolicited birth control pills via mail to patients and bill the government. Many packets were returned, which they gave to patients who came into the clinic, and billed the government again. The complaint in Texas filed by Karen Reynolds, another former Planned Parenthood employee, states that workers were trained on how to bill the government for services that were never provided by the clinic or were medically unnecessary.

Taxpayer money, even in the form of Medicaid, pays for abortions.

When I worked as a clinic director at Planned Parenthood in Bryan, Texas, I saw this all too often. After I left, I filed a whistleblower lawsuit pointing out the millions of dollars in Medicaid overbilling. My case still sits in court but others thankfully have not.

While taxpayer funding of abortions is not part of the 5th Circuit decision, it’s important to note that Medicaid funding and any other funding that comes into Planned Parenthood clinics is put into one pot and from there is distributed for everything the clinic needs to stay afloat, including abortions. Taxpayer money, even in the form of Medicaid, pays for abortions.

Medicaid fraud alone is basis enough for states, in this case Texas and Louisiana, to say that they don’t want Medicaid funding to go to Planned Parenthood. If a provider is being a bad steward of these funds, states have the right to pull those funds, no matter who the organization is.

As much as abortion advocates will cry this decision hurts the poor and oppressed, Planned Parenthood has been repeatedly caught abusing the very same medical program that is indeed supposed to help low-income families.

Even a cursory glance at Planned Parenthood’s annual report reveals STD testing, cancer screenings, contraception, and pap smears have plummeted over the past decade while government funding and abortion have increased. Where is all that money going? Women are just a number for Planned Parenthood, a number that will increase their bottom line no matter what. Medicaid funding needs to go to those who need it, not to so-called health clinics who have perfected the practice of abusing the system to the detriment of the very women they claim to serve.

There are Better Healthcare Options for Women

If a woman on Medicaid goes to a Planned Parenthood for a cancer screening and something abnormal is found, they are referred elsewhere. This is a huge inconvenience. The woman is on Medicaid, which means she is poor and likely has trouble finding reliable transportation and childcare. Yet Planned Parenthood makes an appointment for her, knowing she will have to rearrange her work schedule, find alternate childcare and transportation for two days instead one, when they could have just sent her to a comprehensive clinic. That doesn’t sound like caring for women. That sounds like making a profit no matter who needs to be thrown under the bus.

There are much better options for women seeking healthcare than Planned Parenthood, the nation’s number one abortion provider.

Federally Qualified Health Centers outnumber Planned Parenthood clinics around 20-to-1 and they provide truly comprehensive healthcare that include visual and dental services, on-site testing services, pediatric and family care. They are far more than what Planned Parenthood ever has been or ever will be. Planned Parenthood is focused on abortion, their main source of revenue.

This case will likely head to the U.S. Supreme Court. I hope they use the same, sound logic as the 5th Circuit. Women deserve better than being used as pawns to make money for the abortion industry.

Abby Johnson is a former Planned Parenthood director whose conversion story is told in the feature film, Unplanned, which came out in 2019. She is the founder and director of And Then There Were None and host of the podcast, Politely Rude.