Remembrance: ‘Bury Me In a Free Land’ 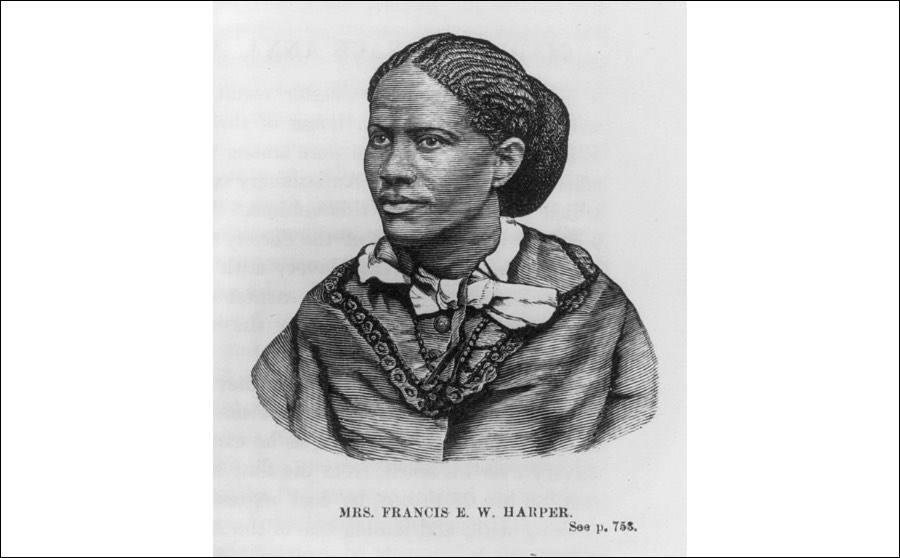 This poem gripped me to the core, and it’s been haunting me since. I ran across it for the first time last fall, and immediately I knew I needed to share it here. It never seemed like the right time, though — which I realize now is because it was meant for this week.

The poet is Frances Ellen Watkins Harper, a black woman born free in Baltimore in 1825. At age 20 she published her first volume of poetry. An activist for abolition, she helped runaway slaves along their way to Canada. And she wrote this poem, “Bury Me In a Free Land,” just two or three years before the start of the Civil War.

America’s racial pains today come out of horrific beginnings. Everyone knows that, but it’s one thing to know it, another thing to feel it, and quite a different feeling that must be for black Americans than for others. I know little about how to ease the pain, but one thing I think I do know is that listening and understanding will take us a whole lot further than marching and shouting. I urge you — white readers in particular now — to take a moment to read the poem, to listen, to understand perhaps better than before.

It’s history, to be sure, and a long time ago, but not so long, really, when you realize how slowly history fades when the present keeps offering up painful reminders. I wept when I read this remembrance of slavery. I hate that it ever happened. I pray we can correct every error, every injustice continuing since that day.

I know there’s massive controversy over what those injustices are and how best to solve them. I have my thoughts on it, to be sure. Above all I would urge us to move toward gospel answers such as repentance, restitution (not reparations, which are completely different), and ultimately forgiveness and reconciliation. I’m alarmed by the shaming-based answers many advocate these days, which will only divide us further.

But that’s not what I’m sharing this for. This isn’t about policy, not this time. This is strictly for listening, so that some of us may be able to understand better than we have before.

“Bury Me In a Free Land,” by Frances Ellen Watkins Harper

Make me a grave where’er you will,
In a lowly plain, or a lofty hill;
Make it among earth’s humblest graves,
But not in a land where men are slaves.

I could not rest if around my grave
I heard the steps of a trembling slave;
His shadow above my silent tomb
Would make it a place of fearful gloom.

Coffle gang : group of men shackled and chained together.

Shambles : a place of mass slaughter or bloodshed, either of humans or livestock

I could not rest if I heard the tread
Of a coffle gang to the shambles led,
And the mother’s shriek of wild despair
Rise like a curse on the trembling air.

I could not sleep if I saw the lash
Drinking her blood at each fearful gash,
And I saw her babes torn from her breast,
Like trembling doves from their parent nest.

I’d shudder and start if I heard the bay
Of bloodhounds seizing their human prey,
And I heard the captive plead in vain
As they bound afresh his galling chain.

If I saw young girls from their mother’s arms
Bartered and sold for their youthful charms,
My eye would flash with a mournful flame,
My death-paled cheek grow red with shame.

I would sleep, dear friends, where bloated might
Can rob no man of his dearest right;
My rest shall be calm in any grave
Where none can call his brother a slave.

I ask no monument, proud and high,
To arrest the gaze of the passers-by;
All that my yearning spirit craves,
Is bury me not in a land of slaves.

Not Yet Free Enough

Harper lived to be buried in a free land, in 1911 — but not yet free enough. Her poem still speaks.

May we all listen well, and weep that it ever happened. And seek the healing power of reconciliation today.