Remember the Mothers Fleeing a War Zone This Mother’s Day 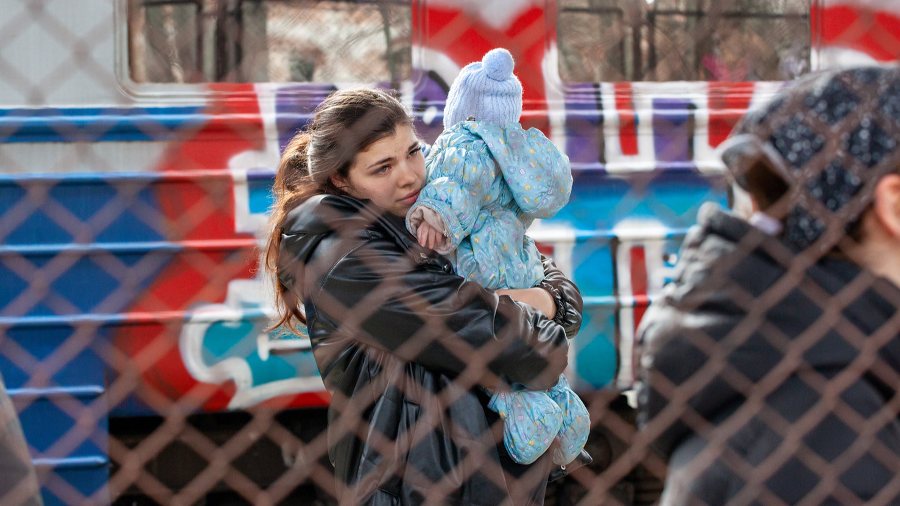 Mothers are a special breed of human being. History is filled with stories of mothers who defied kings, survived famine, resisted terrorists, and faced down bullies to protect their families. Mothers take on governments, drunk drivers, school boards, and drug dealers to ensure their children are safe, fed, educated, and treated fairly.

Every Mother’s Day, moms around the world are honored or pampered. Yet their mother’s instinct continues to work to protect their young. On Mother’s Day, as on every other day of the year, mom is ready to stand up to any adversary that would harm her family.

Heroic Mothers — Trapped in a War

This year, I can’t help but think of the Ukrainian mothers who are fighting for their families in ways that would terrify most. Trapped in a war they did not anticipate, many have taken up arms to fight. Others are watching kids with one hand while saving lives with the other. And millions fled to get their children to safety. Most left husbands behind.

Let’s celebrate the heroism of mothers this Sunday, particularly the ones trying to get their family out of a war zone.

Hani Moskovitz was a social worker in her local community until she fled Ukraine with her three children (all under the age of 11). She was also responsible for an orphanage in her town.

“At 5:00 a.m. I heard loud sounds of explosions, but I thought it was just a dream,” Hani told me. “Families in the community started calling me around 7:00 a.m. asking for advice on what to do. I started packing an emergency suitcase for every kid.”

Hani, despite having three children of her own to look after, helped organize an emergency evacuation of 60 children from this orphanage so they could get to the border with Moldova. From there, they would jump onto a flight to Israel funded by our organization, the International Fellowship of Christians and Jews.

On a ten-hour bus ride through a war zone, Hani ensured every single child in her care made it out of Ukraine alive.

Remember Those Facing an Uncertain Future

As we learn of these mothers who are suffering so much, I encourage every family to give their mother special honor this Mother’s Day. And I encourage every mother to take a day to hug your family tight. Remember what is happening to families less fortunate than yours.

Another mom, Marina, fled with her 11-year-old son and 4-year-old daughter. “I left everything escaping from the bombings in Odesa,” she said when she arrived safely in Moldova. “My husband could not come with us. I do not know when I will see him again.”

As she faces an uncertain future, Marina said, “I’m trying to remain strong for the kids, so I don’t let them see me cry.”

As we spend time with our families, let’s also reflect on what a miracle it is just to be able to give birth. We can reflect on the story of Vika, just 21 years old and 22 weeks pregnant when the war began.

Vika and her husband Roman were booked on a flight to Israel on February 20. It was postponed. Within a day, another flight became available, but then Vika had a positive COVID test result.

At first, Vika had no idea that this delay would jeopardize her unborn child’s life. On February 24, early in the morning, she heard the sounds of explosions in their neighborhood. Roman opened the window and said, “It’s a bomb. We were attacked!”

The two jumped into their old car and started driving west. They tried to stay off the main roads to avoid the constant shelling. They drove for hours, too afraid to slow down or stop. Eventually they found a guest house filled with refugees and spent the night. The next morning, the bombing began again and they raced on.

They made it out alive, and now Vika is just praying that she can experience the miracle of birth, and raise a child far from those who seek the destruction of her community.

These experiences of others remind us not to take our families for granted. And they remind us of the sacrifices and the horror many moms will endure to protect those they love.

Let’s celebrate the heroism of mothers this Sunday, particularly the ones trying to get their family out of a war zone. Thank God he made mothers, who are some of the strongest human beings on earth.

Yael Eckstein is the president and CEO of the International Fellowship of Christians and Jews (The Fellowship). In this role, Eckstein oversees all ministry programs and serves as the organization’s international spokesperson. She can be heard on The Fellowship’s daily radio program airing on 1,300 stations worldwide, on her podcasts, Nourish Your Biblical Roots and Conversations with Yael. Before her present duties, Yael served as global executive vice president, senior vice president, and director of program development and ministry outreach. Based in Jerusalem, Yael is a published writer, leading international advocate for persecuted religious minorities, and a respected social services professional. As president and CEO of The Fellowship, she also holds the rare distinction of being a woman leading one of America’s largest religious nonprofit organizations.