Remember the Dead by Loving the Living 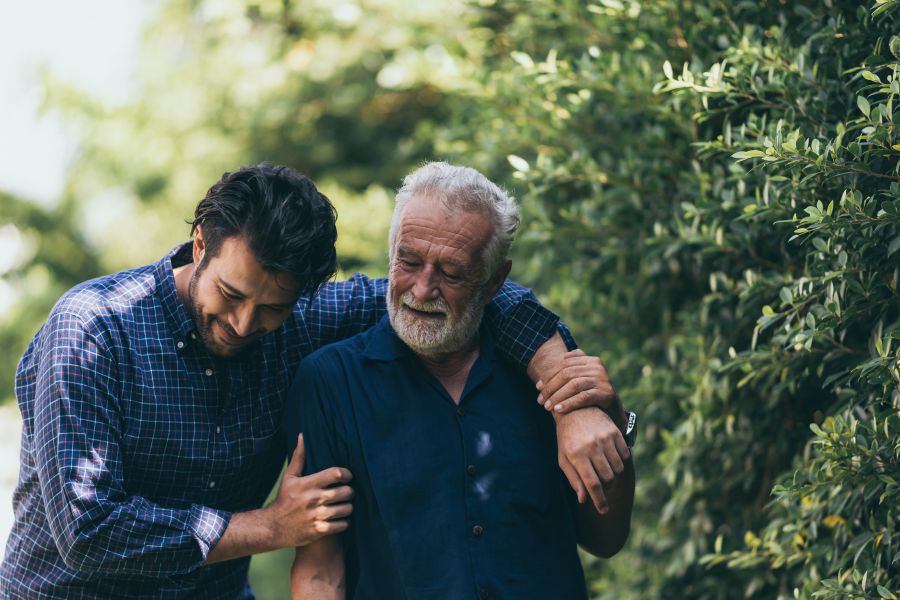 The Bible says very little about what happens to us after we die. What it does say, it says in metaphor: “In my Father’s house are many mansions: if it were not so, I would have told you. I go to prepare a place for you.”

I’m not going to improve on Jesus, so I will leave that aspect of the Afterlife to faith. Let me now explain what I know for sure the best I can.

Here on earth, each of us is connected to a lot of other people: Fathers and mothers; sisters and brothers; daughters and sons; friends and neighbors; co-workers; people we pass on the street.

In this way, over the course of our lives, we build something in the world of humans that has our shape. This Thing we have built will live on after we have died.

Here I will resort to metaphor. Life is like a soup. The world is the water; some people are salt or spice and will mix in and not be noticed; some are like chunks of meat and potato. While you might not know the name of the grain of salt or the fleck of spice, their presence makes life more palatable for everyone.

My father was not a perfect man, but he did have a respect for women, and that lives in me. I believe that Dad’s gone to be in one of the many mansions Jesus promised, but I know that part of him lives in me.

My mother was not a perfect woman, but she did have the ability to love and be loved by people no one else loved. I hope that this still exists in me.

I had teachers who taught me skills that I’ve had the privilege to pass on to my students. My teachers exist in me and I in my students.

There are huge men who’ve helped fallen children, and tiny women who’ve wiped away their tears. They will live on in those they’ve helped.

And there are those who live on in us in the form of scars, but life is too short to dwell there.

When one of us passes, we cry for them, but also for ourselves. There is a Thing shaped like them left in the world. It is not a hole, not a vacancy. They are still among us, but we’ve lost a certain eminent aspect of them.

We’ve lost people; we are losing people. The pain we feel about this is evidence they exist still. Our pain is a measure of how much they’ve given of themselves. As much as it hurts, we wouldn’t want any less.

Bobby Neal Winters is associate dean of the college of arts and sciences and a university professor at Pittsburg State University. A native of Harden City, Oklahoma, he blogs at Red Neck Math and Okie in Exile. His last article for The Stream was Genesis’s Guide to Dealing With Hateful People.

Learning God’s Faithfulness Through the Rhythms of Life

Will We Work in the New Earth?